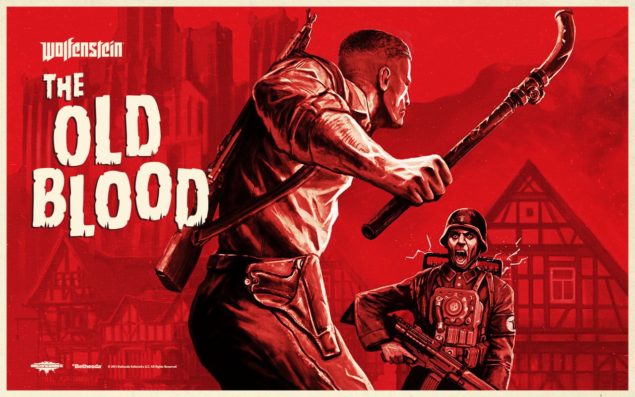 Standalone Prequel Wolfenstein: The Old Blood Comes Out May 5th and Will Cost You 20$

So it's back to the roots for Wolfenstein it seems, you are yet again playing as B.J Blazkowicz and embark on a perilous journey "deep within Bavaria." Your goal is to infiltrate the Castle Wolfenstein which If I recall, I have done a couple of times before actually. Nonetheless it would appear that there's a new story here, and hell I haven't infiltrated Castle Wolfenstein in the id Tech 5-engine before. Here's an excerpt from the Press Release:

"The year is 1946 and the Nazis are on the brink of winning World War II. In an effort to turn the tide in the Allies’ favour, B.J. Blazkowicz must embark on an epic, two-part mission deep within Bavaria. Part one of Wolfenstein: The Old Blood—Rudi Jäger and the Den of Wolves—pits BJ Blazkowicz against a maniacal prison warden as he breaks into Castle Wolfenstein in an attempt to steal the coordinates to General Deathshead’s compound. In part two—The Dark Secrets of Helga Von Schabbs—our hero's search for the coordinates leads him to the city of Wulfburg where an obsessed Nazi archaeologist is exhuming mysterious artefacts that threaten to unleash a dark and ancient power."

What's most exciting about this for me at least, is that it looks as if we get to face off with the good old Über-Soldiers from the older Wolfenstein games yet again, granted they made slight appearances in Wolfenstein The New Order, but not as much as in previous titles.