Wolfenstein: The Old Blood Sells More on the PS4 Than the Xbox One, Indicative of Success?

The PlayStation 4 was by far the most popular console for physical copies of Wolfenstein: The Old Blood, also helping to bring the game to the number 2 spot in the UK. But does selling more copies indicate actual success of a console? 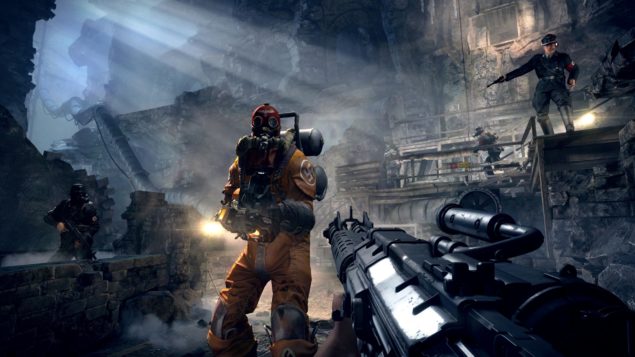 Wolfenstein: The Old Blood sold 67% of total physical copies in the UK on the PS4, but total sales might not be an indicator of success on their own.

In the UK, it would appear that Wolfenstein: The Old Blood has been quite the hit. It gave us a homage to the original Wolfenstein while engrossing us with a fairly deep story and a lot of fantastic action. And for physical copies sold, the PS4 earned a platinum trophy, outselling the Xbox One by nearly 2 to 1.

To be completely fair, Wolfenstein: The Old Blood was indeed a success. It was actually enjoyed by many people and was a fantastic game to play. However, sometimes sales charts are a bit misleading.

Despite what we might want to think and what might be a natural logical progression, total sales does not necessarily equal success of a platform or of a game. We’ve all seen deceptive sales reporting numbers where companies fail to tell us whether those are actually purchased, or simply “shipped” copies, meaning those sold to retailers. That issue isn’t applicable here, but it’s something to keep in mind whenever reading about sales performance, there is a drastic difference.

Sales are more a metric of effective marketing than anything else. it doesn’t necessarily mean that the game was even played. Purchases can be gifts, spur of the moment or even done with the intention of playing but no actual time to enjoy the game. The best metrics with games is whether or not players return and open a game more than once. Do people actually want to come back and start where they left off, or did they open it and hate the game? Hours played and social media reaction are always better indicators of success than simply number of copies sold. Success isn’t such a simple metric, and has many different metrics that need to be taken into consideration before making any assumptions.