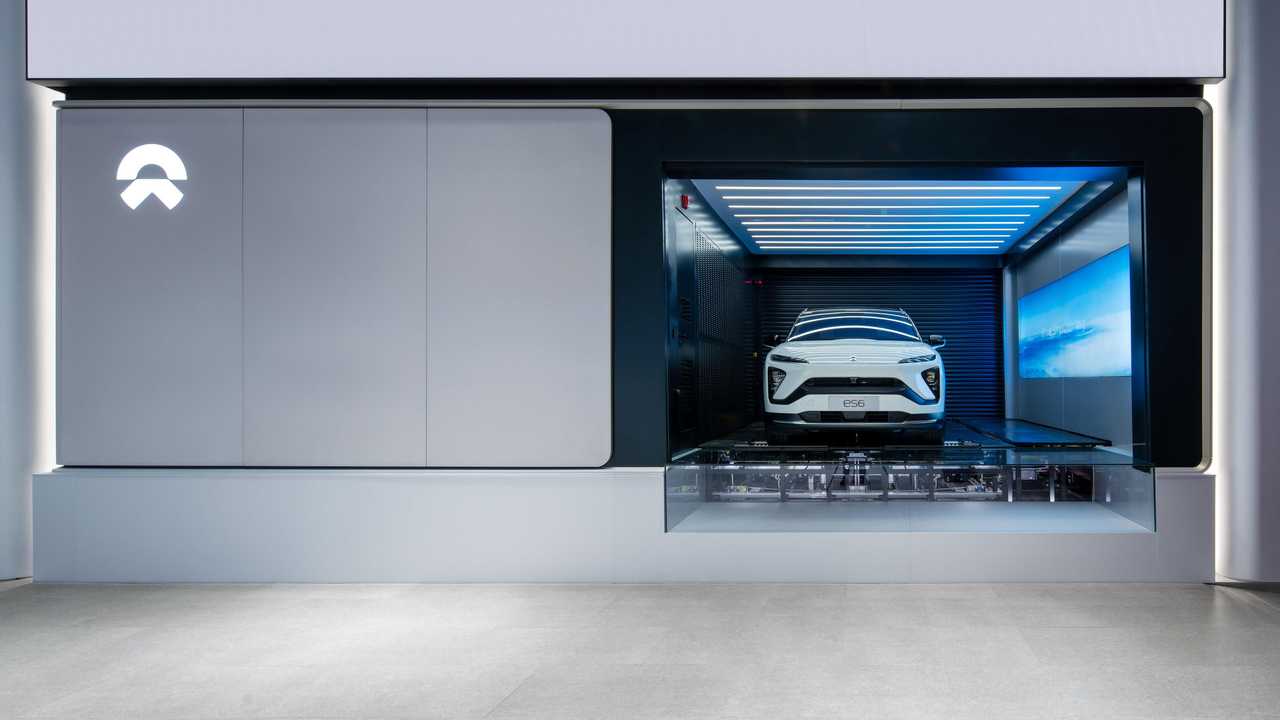 NIO (NYSE:NIO), one of the largest electric vehicle manufacturers in China, just suffered a robust blow to its near-term bullish outlook as the Nickel metal’s spectacular price explosion is now likely to translate into heightened cost pressures at a time when NIO is already facing a significant battery supply bottleneck. 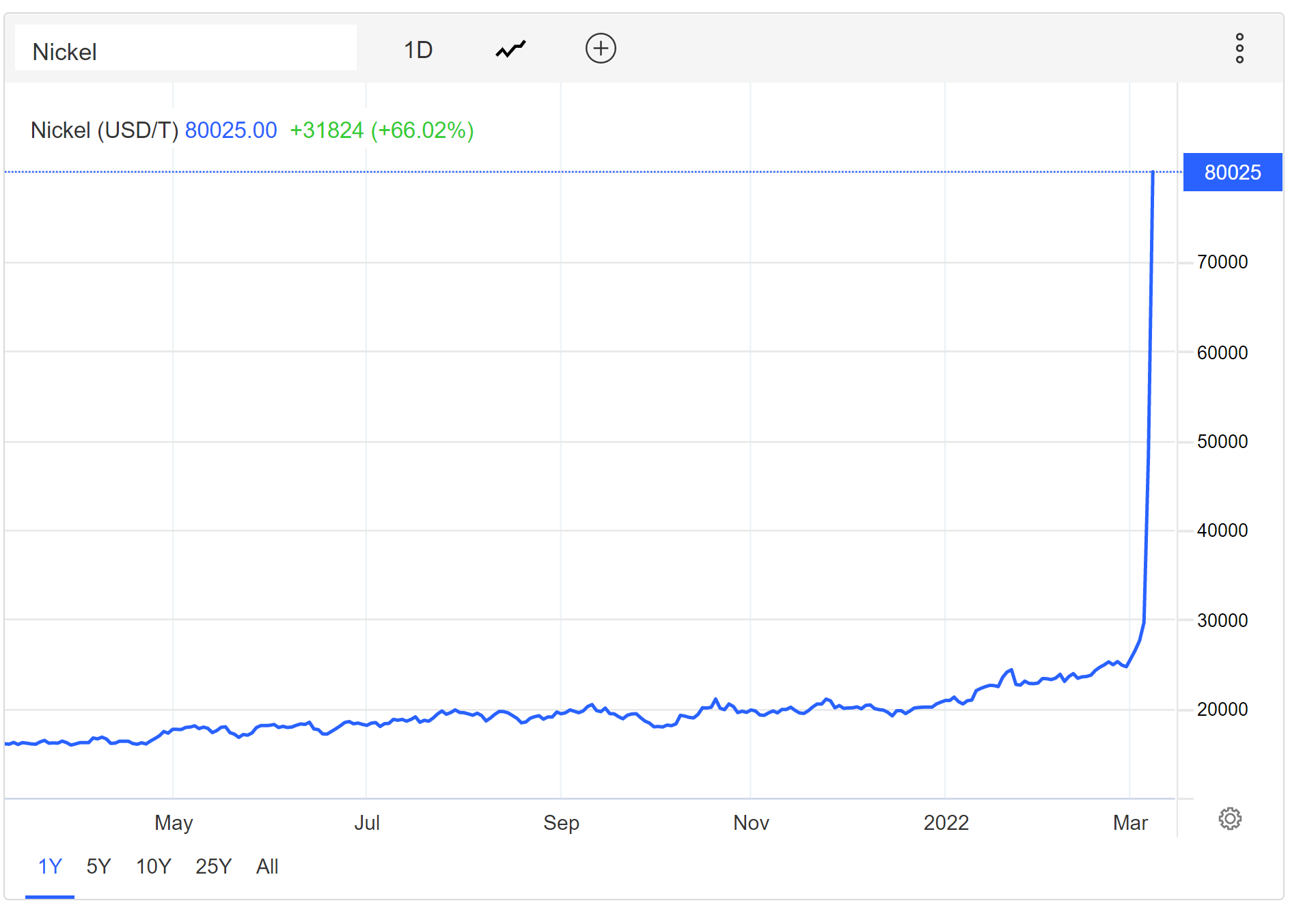 Before elaborating on NIO’s upcoming cost pressures, it is necessary to contextualize just how eccentric has been the recent increase in Nickel metal’s price. On the 25th of February 2022, Nickel was trading at around $24,320 per ton. Currently, the metal is trading at around $80,025 per ton, having breached the $100,000 per ton price level a few hours back.

People weren't just blindly shorting nickel, either! These are probably producers that were hedging.

They likely got completely blown out of their positions and some may have to take significant write downs. Worth watching as this quarter closes during their next ER... https://t.co/nhf56d4LGm

For context, Nickel has now recorded a gain of 229 percent relative to its price on the 25th of February, when the Russia-Ukraine conflict was still at a nebulous stage. Bear in mind that Russia accounts for 10 percent of the global Nickel production, with between 15 percent and 20 percent of battery-grade Nickel supplies coming from Russia’s Nornickel. Consequently, given the emerging paradigm where wide-ranging Western sanctions of Russia’s key economic nodes are paralyzing the country’s commodity exports, the ongoing price explosion in Nickel is understandable.

This brings us to the crux of the matter. Nickel is an important constituent metal in some EV batteries, including those used by NIO. As per a tabulation by Daiwa Capital Markets, a 30 percent increase in the price of Nickel Sulfate leads to a 6 percent increase in cathode costs for batteries that employ this metal. The cathode cost increase, however, translates to a price increase of just 1 percent to 2 percent when it comes to overall battery packs.

Bear in mind that NIO had launched a new type of battery back in September 2021, consisting of a hybrid cell that combined NCM (Nickel: Cobalt: Manganese) and LFP (Lithium Iron Phosphate) battery cell chemistries. Since the combination ratio was not disclosed, readers should note that the exact degree of vulnerability of NIO’s battery packs to changes in the price of Nickel is quite hard to gauge. Nonetheless, should the recent price increase sustain, it is likely to impose material costs on NIO.

To make matters worse, NIO is particularly vulnerable to changes in battery pack costs, given its unorthodox strategy of championing battery swaps. As a refresher, NIO provides its customers the option to purchase an EV without a battery under its Battery-as-a-Service (BaaS) facility. To avail of this facility, customers pay a nominal monthly fee – roughly equating to $155 per month for a 70-kWh battery pack – in order to avail of the company’s battery swap services. NIO’s dedicated battery swap stations allow customers to swap a depleted battery for a fully charged one in under 3 minutes via a completely automated process. The standard BaaS pricing entails 6 battery swaps per month. This means that NIO has to manufacture multiple battery packs for each EV that it retails.

William Li, the CEO of NIO, recently identified battery supply from CATL as a critical bottleneck to ramping up production. It is for this reason that NIO’s monthly deliveries are decelerating. For instance, NIO delivered just 6,131 vehicles in February 2022, corresponding to an annual increase of 9.9 percent. Understandably, this monthly tally was invariably affected by the Chinese lunar new year. However, the fact remains that the company’s production cadence is slowing amid supply chain pressures and that it has been unable to efficiently utilize its growing production capacity, expected to hit 600,000 units per annum by the end of this year.

NEWS: Nickel surges to an unprecedented $101,000 a ton as short squeeze upends market.

Look at the massive percentage increase in price in some metals the last year:

Against this backdrop, the recent price increase in Nickel, coupled with the upward trajectory in Lithium prices on the back of around 600 percent gains during the past 1 year, is likely to squeeze NIO’s margins, at least in the short run.