The Witcher 3: Wild Hunt is getting close to its release and Level Designer Miles Tost is answering many of the fans' question via Twitter and reveals some very interesting information. 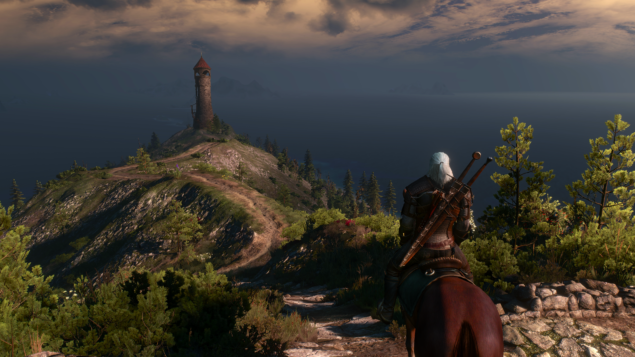 In response as to whether there are any collectibles included in the game, Tost responds that there is tons of loot as well as over 140 Gwent cards, which is a new card minigame, to collect and build you own decks with.

@Vincestrodinary Tons of awesome loot and over 140 Gwent cards that you can collect to build your own decks! Gwent is a new card minigame.

Not all of the houses are accessible to Geralt, as that would have been less believable, but there are plenty of interior areas in the game.

@Vincestrodinary I did! Not all of them accessible but definitely most of them! It'd be less believable if ALL houses were open to Geralt.

There is a big variety of weapons including multiple swords, crossbows, bombs and other types of melee weapons, and magic.

@MichaelBC1994 Lots of different swords! But also there's crossbows, bombs, other kinds of melee weapons - oh, and magic of course!

With the fan comment that he was disappointed but the limited amount of weapons found in Shadow of Mordor and hopes that the Witcher 3 includes a larger variety, Tost reassures that fans will be very happy with the weapons available in The Witcher 3: Wild Hunt.

@MichaelBC1994 @Vincestrodinary I think you guys will be very happy with what we have in store for you. 😀

Crossbows can be used on all kinds of enemies, in free aim and have a long-range.

The difficulty setting you choose depends on the way in which you want to experience the game, mainly for the story or a difficult challenge.

@Vincestrodinary Depends on your experience and what you want from the game. Mainly in for the story? Do you want it to be challenging?

For those that want to enjoy the story a lower difficulty setting is suggested as the higher difficulty levels can be really challenging.

@Vincestrodinary For that purpose I would recommend one of the lower difficulty levels, as the higher ones get REALLY challenging.

@Vincestrodinary Lower difficulties are designed for players who want to focus on just the story and maybe experience a bit of a challenge.

In response as to what hardware was the IGN First 15 minute video running on, Miles Tost said that he believes it was on PC at high settings.

Ultra setting is available on the PC version, as well as some additional Nvidia features like Hairworks that push visual fidelity even further.

@PostApocaIyptic @nvidia We have native ultra settings plus some nvidia enabled extras like Hairworks to push your visuals even further.

Tost explains that the size of the world was not reduced, and that he will add even more areas to explore with the two expansions.

@Vincestrodinary Didn't really make it any smaller. Actually, my job right now is planning on making it even bigger with the expansions. 😀

The expansions will feature an entirely new region called Toussaint.

@Vincestrodinary Without going into too much detail, we're adding an entirely new separate region called Toussaint - and I love it!

In response as to whether blood and gore can be disabled in The Witcher 3: Wild Hunt, Miles Tost answers that graphic finishers can be turned off but he is not aware if blood can be disabled completely.

@kimrjsdn12 I know you can turn off the graphic finishers; honestly not sure if you can disable blood completely.

The Witcher 3: Wild Hunt is set to release on May 19 2015 for the PlayStation 4, Xbox One and PC. We will bring you any new information as soon as it becomes available. Be sure to check out our previous coverage on the game for more information here and here.