CD Projekt RED's upcoming addition to the Witcher series, The Witcher 3 gets a new trailer to its name. The trailer is titled "The Swords of Destiny" and is 2 minutes long. The trailer shows the upcoming RPG in a new fashion and displays some amazing graphics and in-game action.

The Sword of Destiny has two edges.... You are one of them!

Earlier, the Witcher 3 developer explained why the game was delayed was so long, pointing out that they did not want such an unstable release to their and that after the release of the Assassins Creed Unity, the market was quite clear that they were not going to tolerate any kind of incomplete and unfinished games.

“The decision wasn’t easy but we take care ourselves of the production, so we had to take in account ‘only’ the opinion of our fans and our backers,”

“Explaining the second delay was even easier for us. I am sorry about the problems Assassin’s Creed Unity faced at launch, but developers were forced to respect that release date and they could only limit the damage. Unity’s case made our decision simpler because it showed to our backers what could have happened to The Witcher 3, too. In the end, we were able to get all the time we needed.” 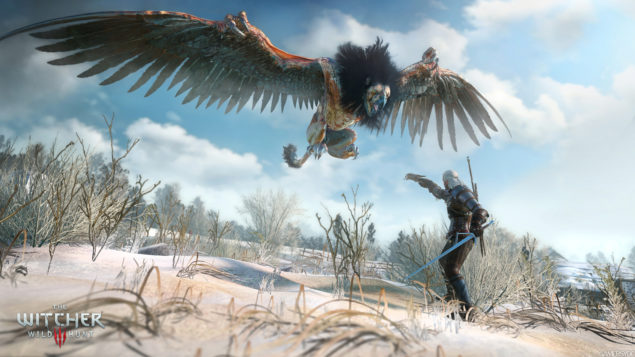 Witcher 3 New Trailer is Beautiful And Introduces The Game's Storyline

The new game trailer, reported by Gamepur, shows a compilation of the series of the games storyline from the very beginning. Mentioning that the game will continue from the Witcher 2, Geralt sets out on a wild hunt. The trailer mention Geralt as one of the few hunters/witchers left in the world and calls Geralt a 'legend'. In the Witcher 3, Geralt of Rivia sets out on a mission to find the female witcher who has returned. Additionally, the trailer shows some very amazing game action which ranges from lush gardens to extremely snowy environment. Check out the trailer below to have  look at the trailer yourself.

The game is amazing and good news is that the game is not a short one. According to ,Senior Game Designer Damien Monnier, who came out on Twitter and replied to a fans comments saying "@Ryldux mmmm hard to say, if you do everything I d say 200+ hours."

What did you think about the Witcher 3 Sword of Destiny Trailer? How excited are you about the release of the game? Do share your views in the comments below.