Well, this is treat for all the Witcher 3 fans out there. We have another big news for you today. Earlier we brought you the interview of the Witcher 3's Marcin Iwiski who commented on the games recent attribution to the Game of Thrones series, he said:

I definitely think that, if anything, what makes Game of Thrones similar to The Witcher is the darkness of the world. It’s neither the sex, nor the violence – it’s the massive amount of shades of gray that make both so much, for the lack of a better word, fun. The underlying concept of both is this feeling of dog eats dog, the feeling that gold and power can buy life and death.

Our goal from the very beginning was not to create a game for everyone so we wouldn't have to simplify our writing, but rather go wild with wittiness, metaphors and ‘read between the lines’ stuff. When we started telling the story of [the protagonist] Geralt of Rivia in our first game back in 2007, what we delivered was a total novelty in the RPG gaming landscape – no fairytale-ish distinctions between good and evil, no simple ‘decisions and consequences’, which, as in real life, are very often not immediate and direct.

Yes it is terrific news that the developers are working on the game with everyone being treated as equals. And its also very interesting to note that in the Witcher 3, the developers claim to have gone with a very realistic and pragmatic approach. Just as he said above that they have "no fairytale-ish distinctions between good and evil." And that is exactly how life is. I'm glad to know that video games have started printing the world n a more realistic manner where there is no right or wrong. 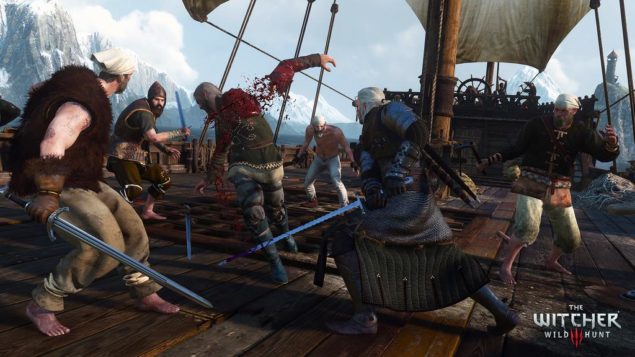 Witcher 3 Runs on Ultra Settings, at 60 fps and the Game is Stable

Well, moving on from the interview we have some more news for you where our colleagues at GameStar were given the opportunity to try the game for two whole days where the GameStar chief editor tried the game on a PC for two days. The PC ran an i7-4790 coupled with 16GB of RAM and an Nvidia GTX 980. Heiko blade, as stated in GameStar's article, reported a very stable gameplay where the game ran at 60fps and very rarely did it stutter in highly densely populated areas but with CD Projekt Red planning o optimise the Witcher 3 even further before its release, it is all uphill from here.

The game was reported to have three bugs so far. One included camera adjustment in a fight which will probably be solved by the time the game is ripe for release. The game was not able to load a score, which was solved once the game was restarted. Lastly, there was a bug noticed, just the one time where a horse had a three meter column.

So far the game is shaping up to be something that'll surely be at the top in terms of its gameplay and story. And as a far as bugs are concerned, they're fine as long as a big one doesn't catch our drift.

Do share your views on what you think about the Witcher 3 running stably on a GTX 980 GC.