The Witcher 3 Wild Hunt officially releases on May 19, some stores in the Middle East though are apparently already selling the retail version of the game. 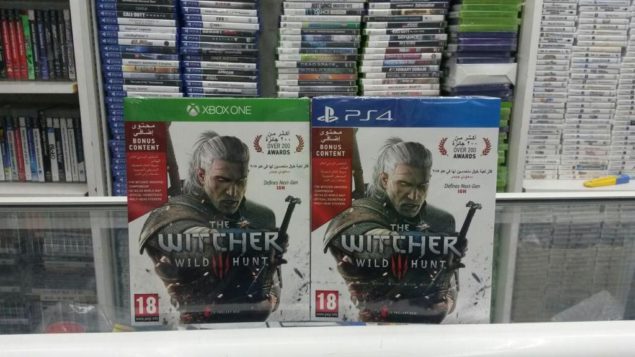 Rafal Jaki, Business Development Manager at CDPR confirmed that the version being sold is the censored version of the game. Certain elements of The Witcher 3: Wild Hunt had to be censored in order to get an official release for the game in the Middle East.

I would not really call it a censored version. Yes we had to cover the frontal nudity, and turn down some gore, but this is not what the game is about. The Arabic translation is high quality so we would like for the Arab Gamers to try it out. 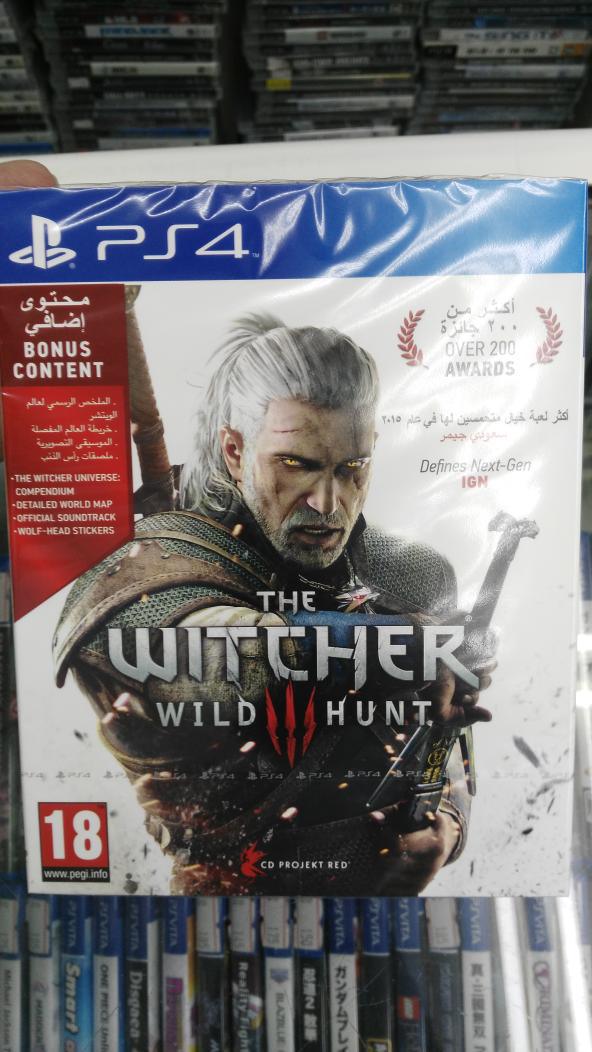 The countries that are set to receive this censored version include United Arab Emirates, Kingdom of Saudi Arabia, Kuwait, Qatar, Oman, Bahrain, Egypt, Jordan, and Lebanon. 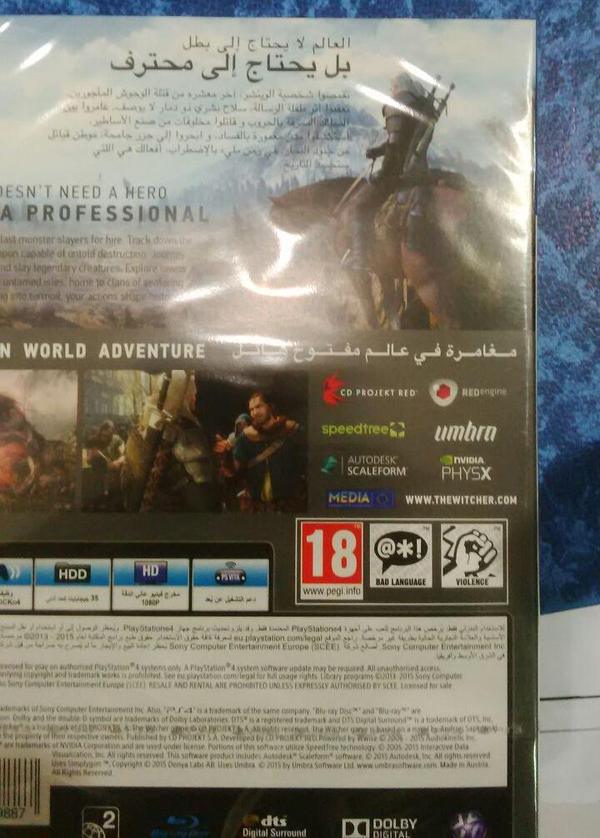 This specific  copy is from UAE so it is likely the censored version, some of the bonus features are listed including The Witcher Universe: Compendium, World Map, Wolf Head Stickers and Official Soundtrack.