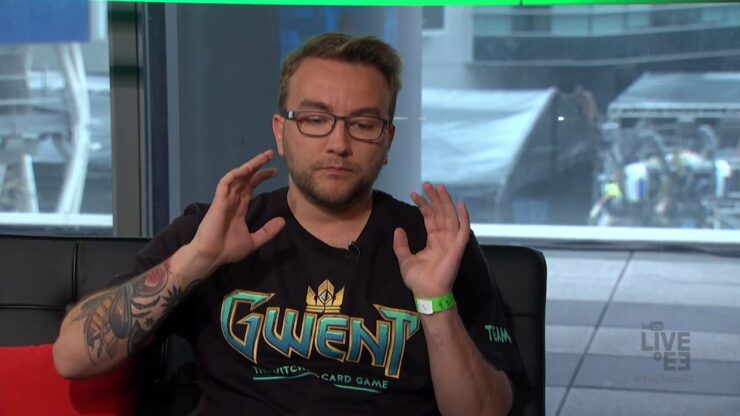 Monnier officially announced the news on Twitter yesterday. "Goodbye @CDPROJEKTRED - Thank you for all the great memories. Time for #NewAdventures," the French designer wrote.

Goodbye @CDPROJEKTRED - Thank you for all the great memories. Time for #NewAdventures

Eurogamer asked Monnier his reason for departing, but apparently, he has “no idea” yet.  “It has to be an exciting project and a cool company - we'll see!", he added.

Monnier was the lead game designer on the upcoming Gwent: The Witcher Card Game, but CD Projekt Red pointed out that the game is still in capable hands following Monnier’s departure.

"Damien was part of the duo that designed the mini-game gamers know from Wild Hunt, and he did play an important role in making standalone Gwent happen. However, it's worth remembering that this game is being developed by a team that is more than a few dozen strong, with quite a lot of designers on board. We have a precise roadmap for Gwent and that has not changed at all."

The Witcher 3: Wild Hunt and all of its DLC are available now for PC, Xbox One, and PS4. Gwent: The Witcher Card Game is slated for a release in the near future on PS4, Xbox One and PC.