Yesterday, the cover art for The Witcher 3 Blood and Wine expansion has finally been revealed, following the online leak of the PlayStation 4 cover, which also confirmed the inclusion of two additional Gwent decks, the Northern Realms and Nilfgaard decks, in the retail edition. Following the cover art's official reveal, one of the artists who has worked on it has shared some interesting additional images. 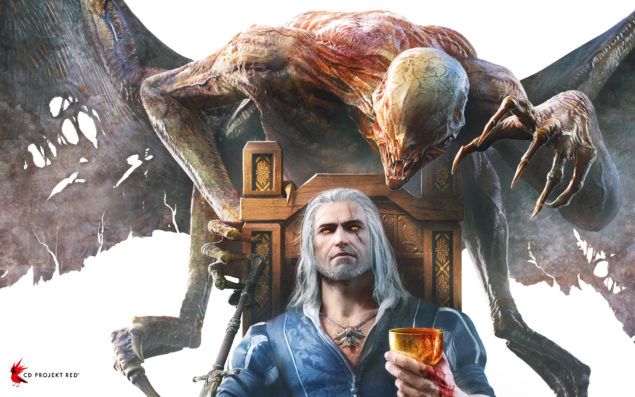 Concept artist and illustrator Darek Zabrocki has recently shared some close up shots of the official The Witcher 3 Blood and Wine official art as well as three very interesting sketches that he has done by using the notes CDPR provided him. The final sketch is the one upon which the final art has been based. You can check out both close up shots and sketches right below.

With the official art now out, The Witcher 3 fans are dying to know when they will be able to experience Geralt's latest adventure in the duchy of Toussaint. Earlier today, online retailer Amazon was listing the Blood and Wine expansion with a May 27th release date. The release date has since been changed with a placeholder one.

Earlier this week, Polish gaming website GRYOnline was listing the Blood and Wine expansion with a June 7th release date. The site's editor has later contacted us to let us know that the June 7th date was a placeholder date.

The Witcher 3 is now available in all regions on PC, PlayStation 4 and Xbox One. The Blood and Wine expansion has yet to receive a final release date. We will keep you updated on the matter as soon as more comes in on the release date, so stay tuned for all the latest news.