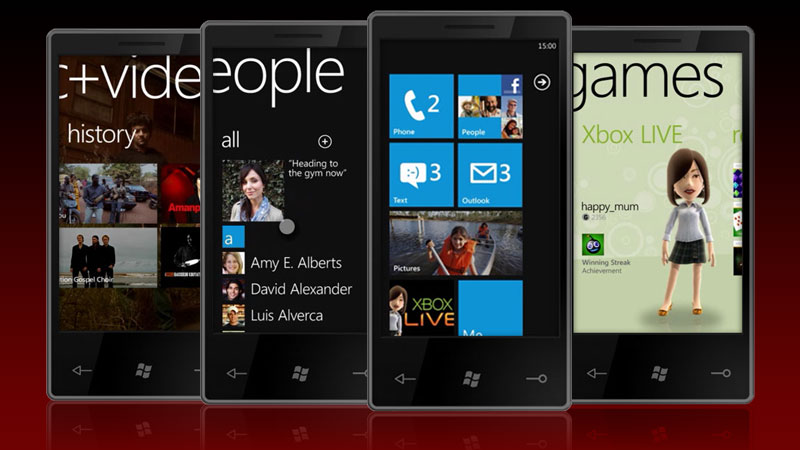 Last year in October, Microsoft announced their re-entry in the smartphone market with a new OS called Windows Phone 7 built from scratch. Right up till now the OS lacks even the most basic smartphone features and calling it a smartphone would either be a disgrace to the true smartphones like Android and iOS or it would require the re-defining of the word 'smartphone'. Simply put if a phone cannot multi-task even in the most basic form and cant perform trivial functions like copy-paste it becomes incredibly hard to call it a smartphone. In its current state Windows Phone 7 can either be called a brilliant feature phone or a really really pathetic smartphone. Microsoft chose to go with the later. They chose to market it as a smartphone but forgot to add smartphone like features. It's either that or they simply rushed the OS out and didn't have time to add basic features. Not all is lost though. When WP7 was launched Microsoft promised timely and regular updates that will add new features to your WP7 one of which was quickly revealed to be copy-paste and application performance enhancement.

It's been 6 months now and not a single update has been pushed out to any WP7 that adds any new features. The NoDo update was initially called the January update, which as the name says, was suppose to come out in January. Then it was pushed to February and finally Steve Ballmer revealed it's going to be released in the first week of March. Well, its the second week of March and no WP7 phone in the world has gotten any update. The reason? According to the blog post of the GM of Customer Experience Program for Windows Phone they are taking extra time to make sure the update is released without any issues. Why are they taking extra time? Because of their quite public and well documented failure in releasing a small patch that allows future updates to install. Their very first update requires an update to run. Why they didn't think of this before releasing the phone is anybody's guess. What this also means is that Microsoft has finally realised there are straws and then there is the last straw, and this unfortunately as far as I'm concerned is the last one. If they make any mistakes in rolling out this update or if there are any more delays they are better off outsourcing this OS to some other more capable company. WP7 has incredible potential and it will be a shame to have such an incompetent company ruin it.

Copy-paste is just a minor update, there are many many more to come. Microsoft has promised great updates later this year like multi-tasking and Internet Explorer 9 amongst others. All that really depends on how they roll out their first update. It needs to be on every Windows Phone by the end of March. With each delay they lose a lot of customers. Many are just waiting to see how Microsoft handles their OS before they decide on whether they want to even buy it or not. So here's hoping that they've learnt and that all WP7 users get their long awaited update this month.