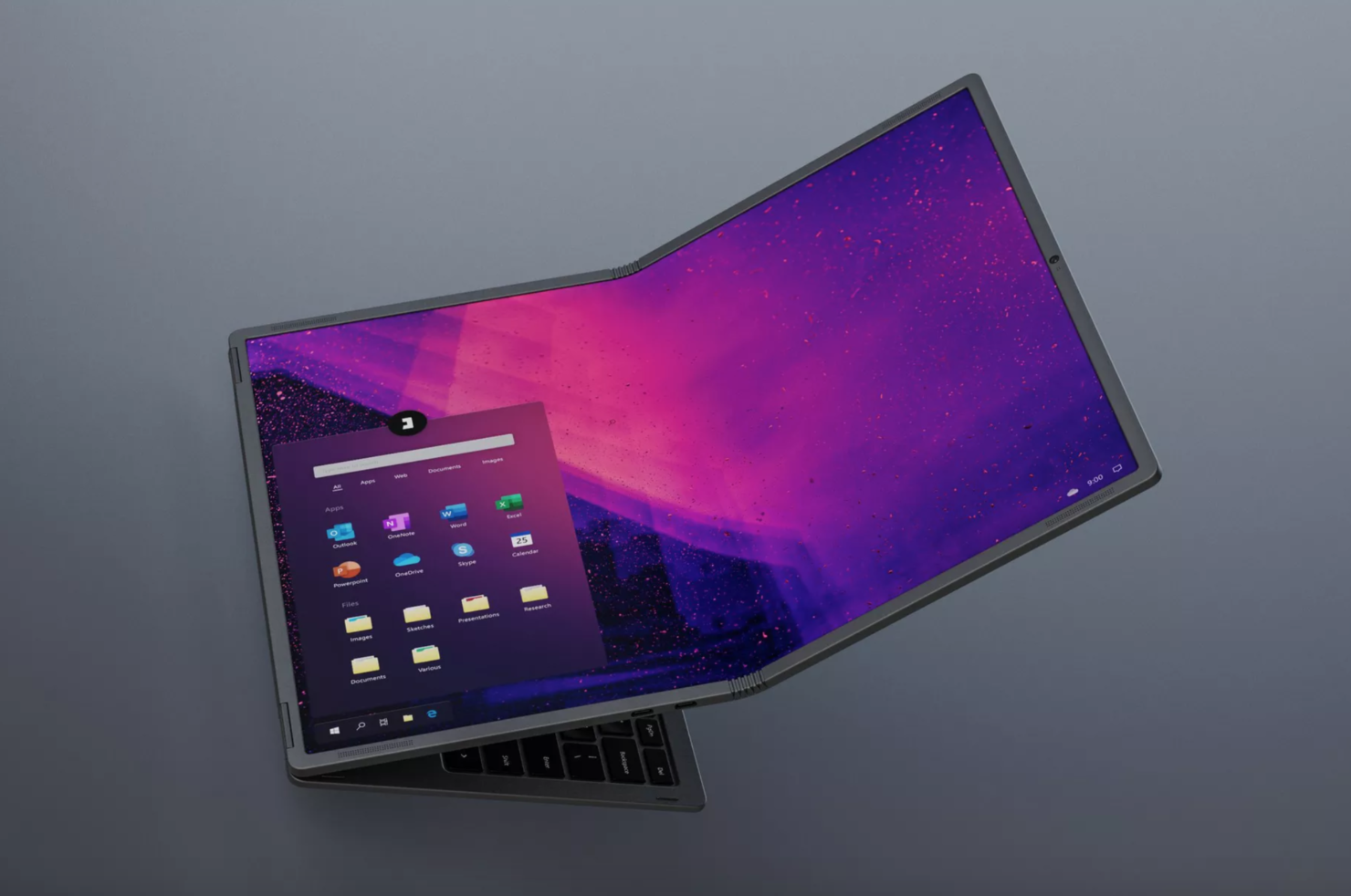 While we wait for this... Concept: Jonas Daehnert / PhoneDesigner

Microsoft is holding its Surface event later today, unveiling several refreshes and hopefully some new devices. Several leaks have hinted at the company working on a dual-screen Surface device and a recent tweet by the popular tipster, Evan Blass, suggests that these devices will be powered by a new variant of Windows called Windows 10X.

Foldable, dual-screen machines aren't a surprise since several manufacturers, including HP and Lenovo, have been working on these products. So far, we have seen multiple references to the operating system that will power these devices, including Windows Lite and Santorini. Now, Blass suggests that this OS will be called Windows 10X, a "new version of the platform" that is designed for "dual- and folding-screen devices."

There is no other information on this, but the tweet adds that 10X would run applications in “containers,” which could hint at more virtualization. After the death of Windows 10 S, Microsoft hinted at working on a ChromeOS-like version of the operating system that focuses on security, performance and making the infamous Windows updates invisible. These "updates are invisibly done in the background; the update experience is deterministic, reliable, and instant with no interruptions." This could also hint at a more cloud-heavy operating system.

Microsoft is expected to introduce the Surface Pro 7, Surface Laptop 3, and reportedly an ARM-powered Surface 2-in-1 laptop. Along with these new devices, we will hopefully learn more about this new leaked variant of Windows 10 later today. Some reports have also hinted at the company releasing the next version of Windows 10, the October 2019 Update, but let's hope that doesn't actually happen. While the Windows maker has promised to make the upcoming version a performance and stability-focused update, it does need a little more time to bake in the Release Preview ring before making its way to the public.

- Earlier: how to upgrade Windows 7 for free