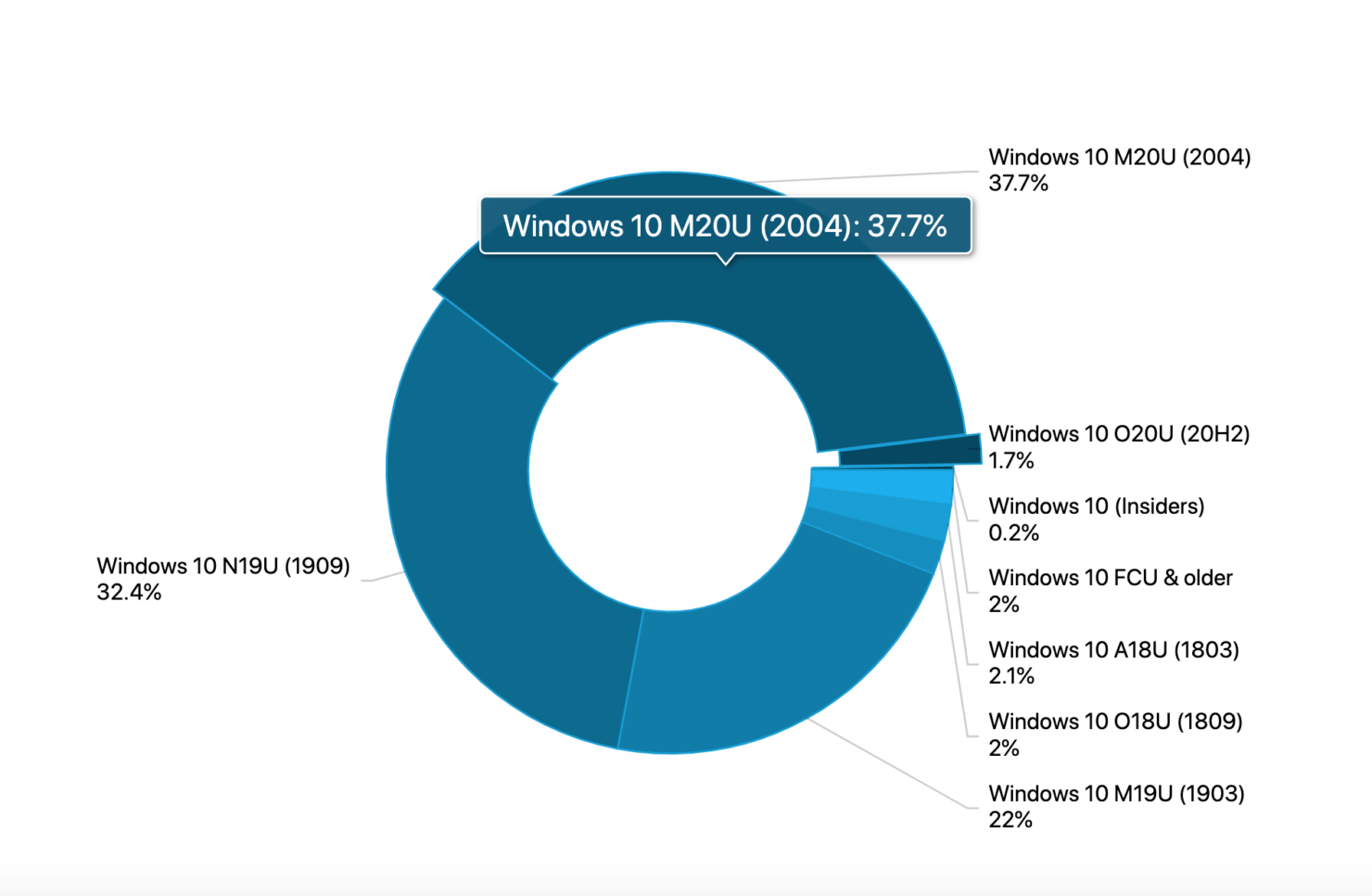 "October 2020 Update just started rolling out and it's too early to make any assumptions about its rollout velocity at this point," AdDuplex writes in its latest report. "In the meantime, May Update becomes the most used Windows 10 version out there."

Windows 10 20H2 might take some time to reach everyone

Microsoft seems to be more cautious than before with the public rollout of the latest Windows 10 version 20H2. The company said it is available through the seeker approach, which usually means anyone who wants the new version can get it through Windows Update.

However, Windows 10 October 2020 Update isn't available to everyone seeking it. Users can manually download and install it through the ISO files, but the automatic installation process through Windows Update might take some weeks or even months for some users.

- Everything that's new with the October 2020 Update