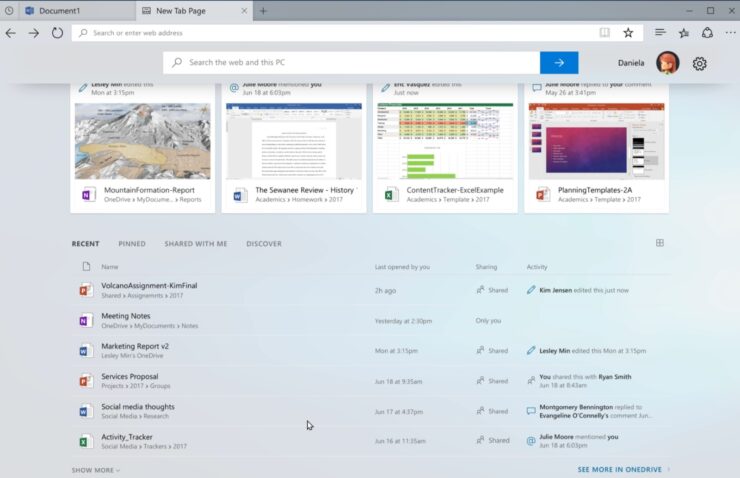 It appears Microsoft has stopped working on the fan-favorite "Sets" feature in Windows 10. An employee of the Windows maker updated in a tweet over the weekend. Microsoft offered the first preview of Sets and Timelines back in 2017. Both the features gained quite a popularity with Timeline eventually making its way to the public through an earlier Windows 10 feature update. However, Sets didn't make its way along with Timeline, and it now appears it might take a long time before a similar feature is offered with the operating system.

For those who didn't follow these two features when they were in development, Sets was designed to be a management feature that would group apps and websites under a tabbed interface much like a browser. Microsoft had said that that a tabbed experience would improve user productivity by combining apps and websites relevant to a single project in one space. Here is how Microsoft had explained Sets when it first started introducing the feature to Windows Insiders:

The concept behind this experience is to make sure that everything related to your task: relevant webpages, research documents, necessary files and applications, is connected and available to you in one click. As Office, Windows and Edge become more integrated to create a seamless experience, so you can get back to what’s important and be productive, recapturing that moment, saving time – we believe that’s the true value of Sets.

However, it was later reported that other apps had to do a lot of work for them to be able to work with Sets. While initially Sets was only going to work with the Universal Windows Platform (UWP) applications, the company was going to optimize it for all apps eventually. Microsoft later on pulled the feature back, but we had hoped it would reappear with a future update. Rich Turner, Senior Program Manager at Microsoft, has now tweeted about the company dropping its plan for this tabbed interface.

The Shell-provided tab experience is no more, but adding tabs is high on our to do list.

Turner said that the "Shell-provided tab experience is no more." However, he did add that tabs remain high on the company's to-do list hinting that perhaps now they will be designed in some other way.

- Relevant: how to temporarily block the upcoming Win10 update