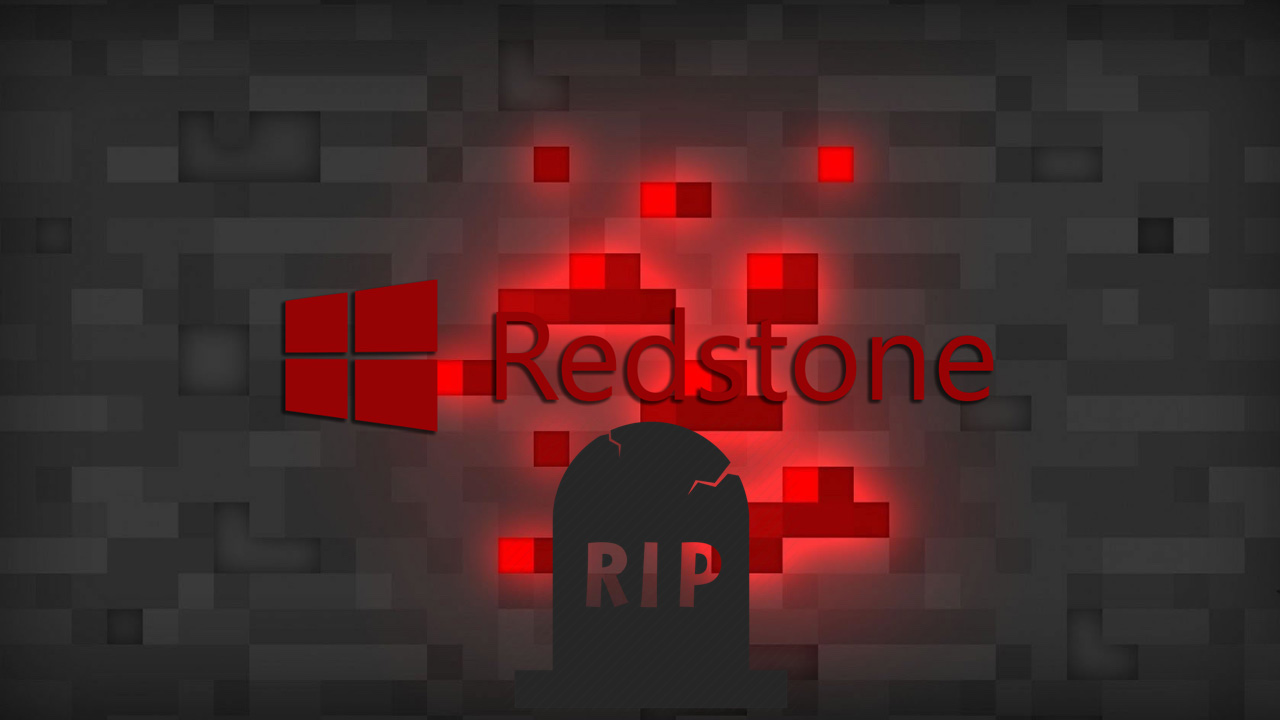 It isn't easy to follow different Windows 10 versions and Microsoft hasn't made it easy with its terrible naming system. Every Windows 10 version has at least three different names: the version number (for example, 1803 for upcoming version), a more user-centric name like the Fall Creators Update for the last update, and a branch name that is used internally before the version is released to the public. This last part has been referred to as Redstone since 2016.

The upcoming Windows 10 version 1803 also known in the public as Spring Creators Update - not the official name - is referred as Redstone 4 branch during its ongoing development phase.

Windows 10 Redstone will be replaced by Windows 10 "YYHH"

It appears Microsoft is thinking about retiring using Redstone as the internal codename for Windows 10 updates starting in 2019. The company is considering a codename that will be similar to the version number for easier reference. Folks at WindowsCentral report that Redstone 5, the next feature update expected to be released in the fall, will be last Windows 10 update to carry Redstone codename.

After that, Microsoft will opt for a codename that could clearly show when a certain feature update was released. The first Windows 10 update in 2019 will be called 19H1.

The first part stands for the year in which the update is released and the second part shows the first half, which means the first update of that year. 19H1 will be followed by 19H2, 20H1, 20H2, and so on. While Redstone carried its own charm, the upcoming format will be more useful and easier to follow than continuing to append digits to the word Redstone.

This change would mean that users (more like Insiders since end users have nothing to do with Redstone) would no longer be confused about when a certain feature update was released.