As we await the release of Windows 10 Fall Creators Update next week, Microsoft isn't taking any break. The company has just released a new Insider Preview of the Windows 10 Redstone 4 to those who had signed up for the Skip Ahead branch and the Fast Ring insiders. With today's release, Windows 10 Insiders on the Fast ring are also able to test RS4 builds from the RS_PRERELEASE branch. "Because we are just beginning development for RS4, Insiders shouldn’t expect to see a lot of big changes or new features just yet," Microsoft wrote in today's announcement.

But, that doesn't mean there's nothing to be excited about. Here's all that's new in Windows 10 Redstone 4 Preview Build 17017.

Introducing Cortana Collections: Cortana now saves you time and stress by noticing and remembering things for you and putting them at your fingertips. Cortana can gather things you’re interested in such as items you shop for, restaurants, recipes, and books you’d like to check out, movies and TV shows you want to watch – and puts them all into neatly organized lists from which you can pick the ones you like best. Cortana is always learning, so the more you let Cortana help you, the more Cortana does for you. Check out the quest we’ve set up for more info on how to try this out and let us know what you think! (Available for EN-US Insiders only.)

Simplifying actions between Cortana and Action Center: In the previous feature updates of Windows 10 (including the Fall Creators Update), there were two places to go to see the next action you might need to take: Cortana and Action Center. We heard feedback that this was confusing as it wasn’t clear where to go. The fact that Cortana’s insights and recommended actions lived outside of Action Center also made it impossible to focus Cortana’s user interface on Cortana’s natural language and search capabilities. To fix both of these problems, Cortana’s proactive content is going to migrate to Action Center so that you have one place to go to find out what action to take next and to see the important insights Cortana has for you. This frees up Cortana’s user interface to provide tips, educating customers about what can be said to Cortana, and to provide tools for search so that you can get the information you need as quickly as possible. You will see the first part of this change starting with this build with Cortana no longer offering proactive content. Over time, you will see the proactive content that used to be available in Cortana show up in Action Center.

Startup Settings: The list of apps that are configured to run at startup or user log-in is currently maintained via the Startup tab in Task Manager. As part of our ongoing effort to consolidate our settings experience, now you can configure them in Settings! In our new Startup page under Settings > Apps, you can see all startup tasks installed for the current user, and enable/disable each of them. We will also display the impact they have on your startup time, as shown in the below picture. 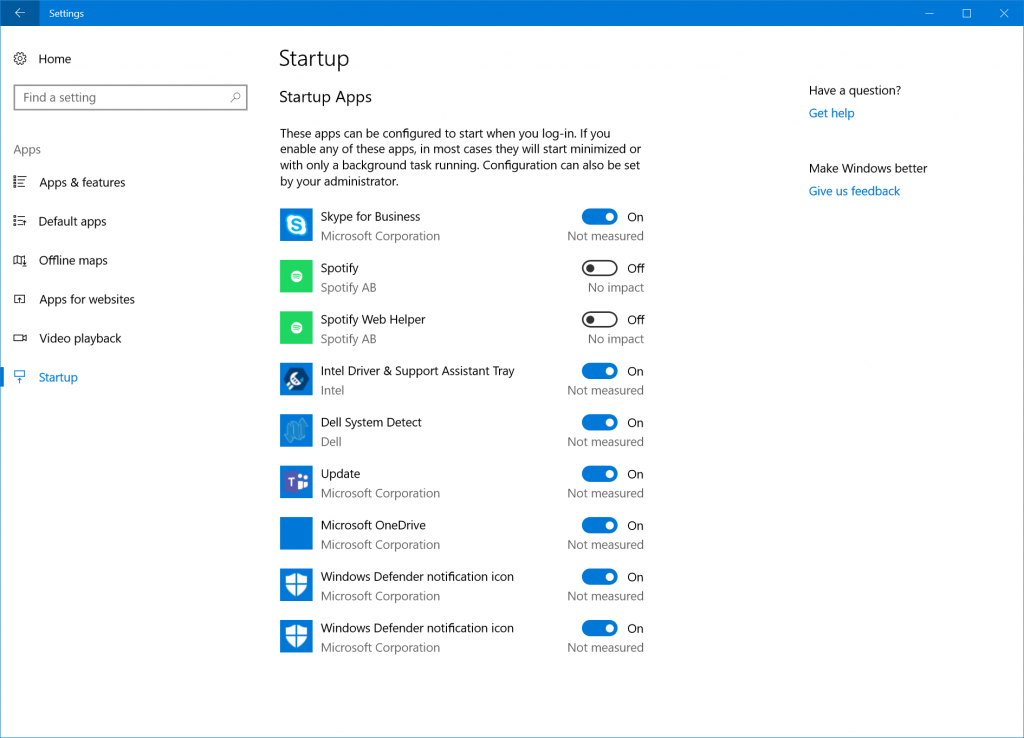 For general bug fixes, known issues (there are quite a few!), and more information, head over to the official announcement.

Windows Insiders have started reporting facing multiple issues with Windows 10 Redstone 4 installation, including receiving error codes c1900401, 80240034, and 80070002, and a message that "an update is being prepared."

The company has promised to deliver a fix within next few hours. "In the next 4-6 hours, the updates should become available for those who have been hitting these errors," it said. Stay tuned here for more details.

- Earlier: October's Mandatory Security Update Is Sending Some Windows 10 PCs into a BSOD Bootloop – How to Fix