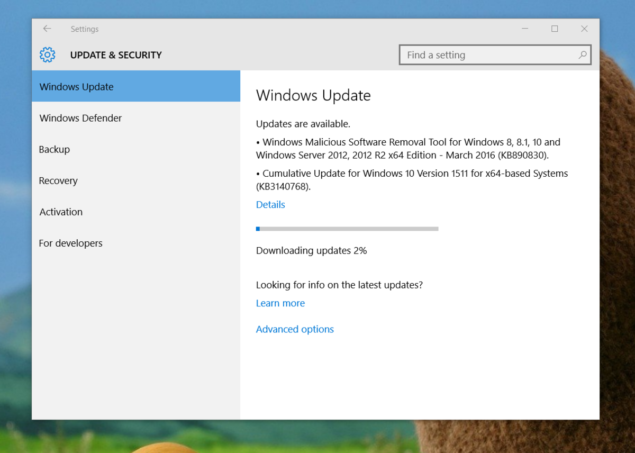 Following Windows 10 10586.122 which was released last Tuesday, Microsoft has now finally started pushing another update. Last update brought with it several installation troubles for the users. While we have already shared with you how to uninstall and hide a particular update in Windows 10, now you won't have to be worried about your operating system getting stuck in the installation process.

This build is not part of the Insider program, and carrier support label KB3140768. To get the latest update, go to Settings > All Settings > Update & security > Windows update > Check for update.

Microsoft has also rolled out the same release for Windows 10 Mobile, for those on Slow or Production Rings of the Windows Insider program.