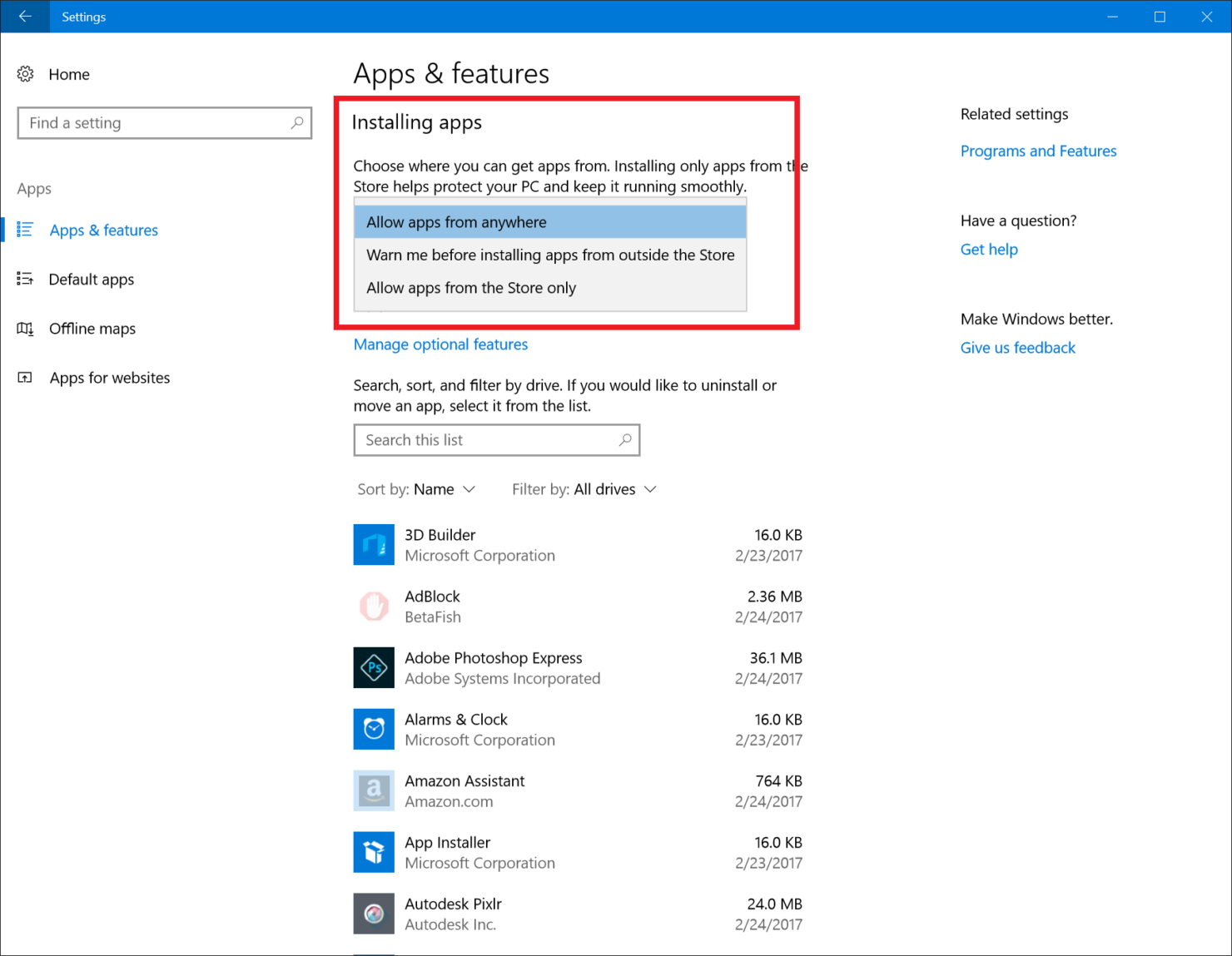 Windows 10 Creators Update 15046 brings a number of bug fixes and also offers more granular control over app installations. Earlier reports from Insiders had revealed that Microsoft has started offering Windows users to only install Windows Store apps on their systems. Microsoft has now posted the details in today's announcement.

Once you decide to only install apps from the Store, you will see a warning when attempting to install a non-Store app. "The warning will direct you to the Store where you can download an alternate app if available," Microsoft said while confirming that the feature indeed went live with last week's test build. While there is no guarantee how long will this remain an opt-in feature or if Microsoft will follow macOS strategy, right now the default setting allows installation of apps from anywhere.

Apart from the application installation control, here is what else is new or improved:

Pick up where you left off in Cortana: We are experimenting with how we display what you can pick up where you left off across your devices in Cortana. Cortana now proactively shows you apps, files and websites from Microsoft Edge. Previously, this feature only displayed websites from Microsoft Edge in Action Center. Let us know what you think! (Available EN-US only.)

Improved translations: For Insiders who speak non-English languages, we wanted to let you know that we have heard your feedback on our translations and have been actively making improvements. With this build you should see improvements – particularly in OOBE and for some of our newer settings, but across the system as well.

Updated Gaming Settings icon: A lot of you sent in feedback on this. We listened and adjusted the Gaming icon in Settings to feel more inline with the other icons on the Settings home page.