Happy #VeteransDay and thank you to those who served!

The Your Phone apps experience continues to evolve. We are happy to announce that the multi-apps experience is now ready for you to try. You can experience the power and convenience of running multiple Android mobile apps side by side on your Windows 10 PC on supported Samsung devices. Apps will launch in separate windows enabling you to interact with multiple apps at the same time even if the Your Phone app is not open. Pin your apps to Favorites, Windows 10 taskbar or Start menu for quick and easy access.  And moreover, you can now search for your previously pinned apps via Windows search from within your Start app list. So, whether you are staying connected with family and friends, keeping up on your social feed or ordering food, you can do it all simultaneously from the comfort of your PC, no need to install apps or sign-in again. 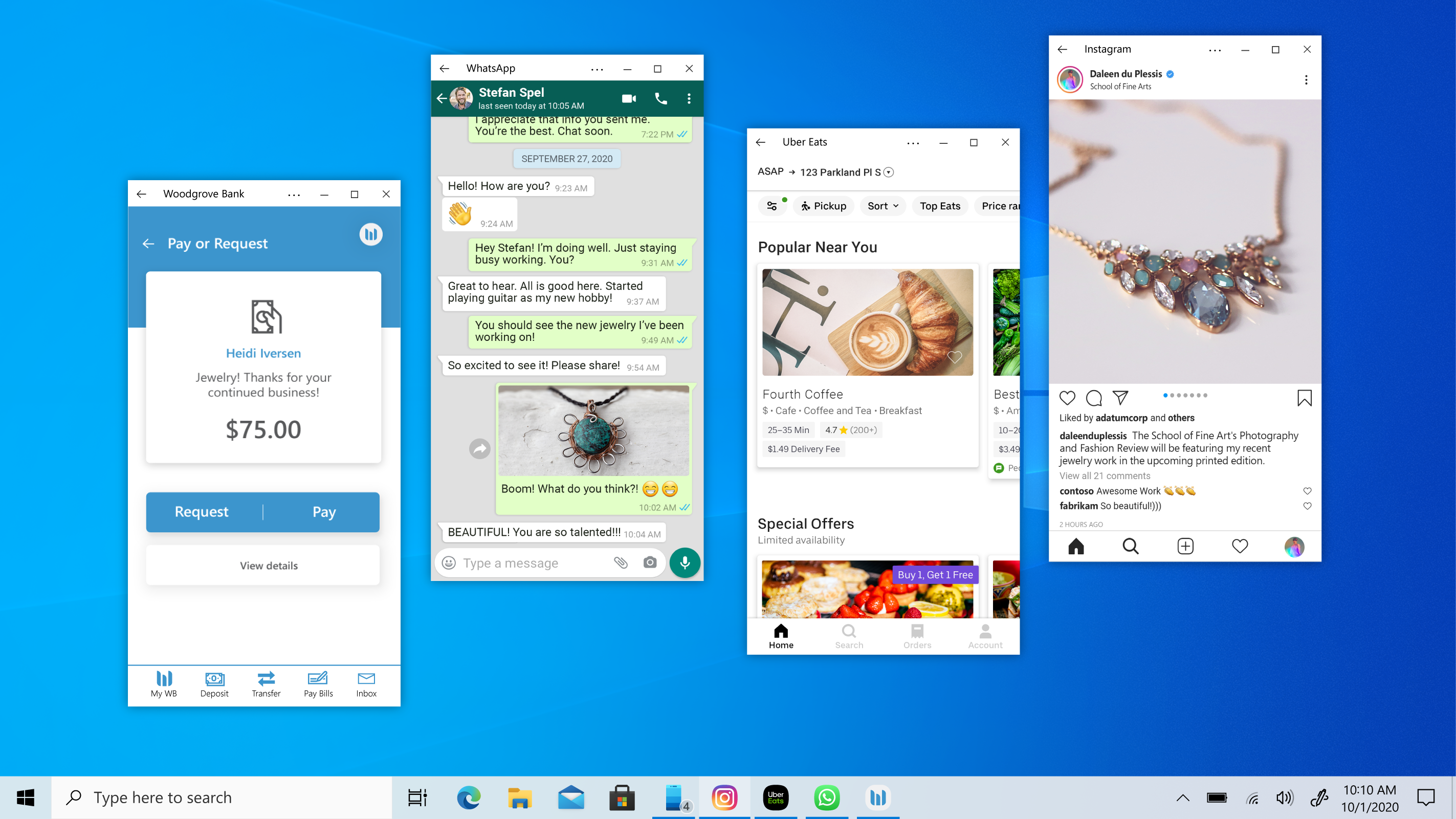 Starting last Thursday, the multi-apps feature has started to rollout on supported Samsung Galaxy phones (Note20 5G, Note20 Ultra 5G, Z Fold2 5G, Z Flip, Z Flip 5G) running Android 10 with Link to Windows (LTW) integration and to Windows Insiders who are configured to be in the Dev, Beta, or Release Preview Channels. Please note that this is a server-side change that takes time to propagate out.

Additional feature requirements and known issues can be found here.

Give this feature a try and provide us with your valuable feedback as we continue to test, learn, and improve the overall user experience. You can provide feedback within the Your Phone app under Settings -> Send Feedback.

- Relevant: Microsoft to "reinvigorate" user experience through a design refresh