Wildstar Gets Graphics Overhaul Ahead Of F2P Launch

Carbine Studios has been hard at work to improve Wildstar ahead of the Free-to-Play launch, scheduled on September 29. 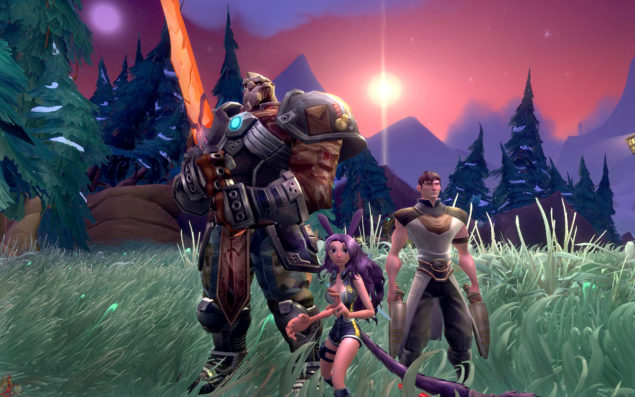 Many quality of life improvements have been added to the MMO, but the team also prepared a graphics overhaul that was shown yesterday for the first time, with the main goal to improve lighting by increasing the number of sources.

As we approached work on the WildStar: Reloaded update on September 29 we decided to revisit some art decisions we made for the game's launch that were based on tech limits—namely with lighting, skyboxes, and viewing distance—while we had the chance.

That means the WildStar: Reloaded update will kick off a lighting pass of pretty much the whole game. That work will extend over the next few updates, starting with the low level starter zones and working our way forward to the higher level ones.

Where before large sections of zones had sort of flat single-point lighting, we’re going back and making it more realistic by increasing the number of sources that light up the environment. We've also added effects such as the rays from an otherworldly star—or a glow from a campfire—that all go into bringing the look and feel of an environment together. While still fairly time-intensive, it’s allowing us to make some dramatic improvements to the visual quality of the game without needing to touch the already high-quality models and textures in the game.

Of course, any such reveal wouldn't be complete without some screenshots showing the game before and after the treatment, and we've embedded a few below (the first image is always the old one). Without a doubt Wildstar still won't win any graphics contest, but it's noticeably prettier and that can't possibly be a bad thing.

In related news, the beta of Wildstar Reloaded is now open to everyone. If you want to try the game right now, you can do it by just downloading the test client and logging in with a valid account. In case you try the game, let us know what you think of the changes by leaving a comment!