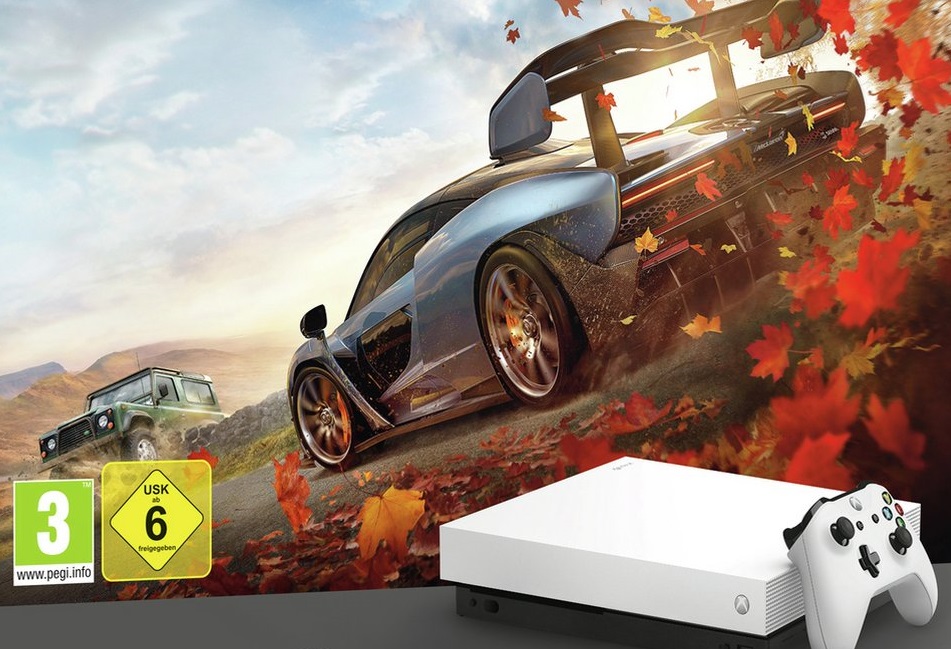 A white Xbox One X Forza bundle has surfaced online which includes both Forza Motorsport 7 and Forza Horizon 4.

The bundle has yet to be officially announced, but already made its on way on the website of retailer Argos.co.uk. We screenshotted the listing in case the retailer decides to pull the unannounced bundle from its website.

Standalone White Xbox One X Might Have Leaked Online by Amazon; To Release on November 15 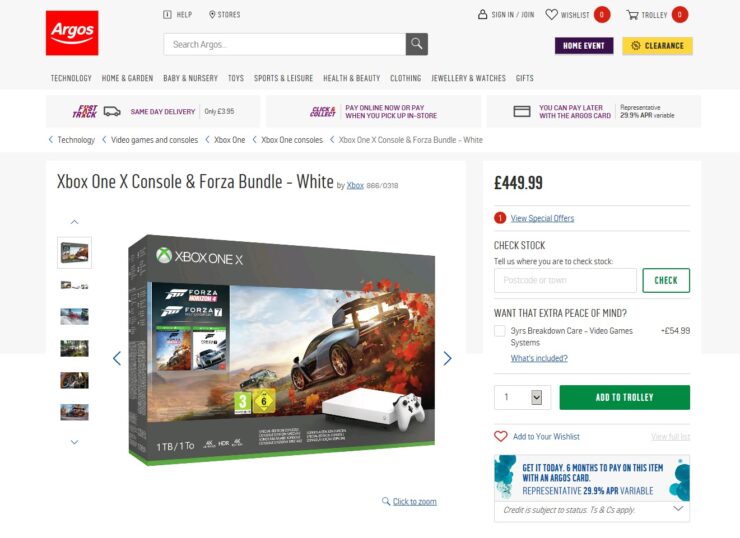 Microsoft announced its Robot White special edition Xbox One X Fallout 76 bundle last month, and it seems that the tech behemoth is looking to match the design of the X’s smaller sister – the Xbox One S.

As always, we will keep you informed when we learn about this new Xbox One X bundle.