WhatsApp To Get End-To-End Encryption And Facebook Integration Soon

WhatsApp is working on making your chats more secure by introducing end-to-end encryption along with a much deeper Facebook integration. A developer by the name of Javier Santos shared a few screenshots on Google Plus that adheres to the changes mentioned above. When we connect the dots, WhatsApp's co-founder Jan Koum spoke of adding end-to-end encryption in WhatsApp chat earlier this month at the DLD conference in Munich. Koum stated, “We are a couple of months away from calling it done. Soon we will be able to talk more about this.”

Currently, the complete encryption with Facebook integration changes are in the beta stage. However, users can experience them in the upcoming updates. The screenshots shared by Santos on Google Plus are from WhatsApp Android version 2.12.413, meanwhile the current build of the app is 2.12.367 on Google Play Store. Henceforth, we can confirm it to some extent that an update is on the way, that might feature an end-to-end encryption with deeper Facebook integration. 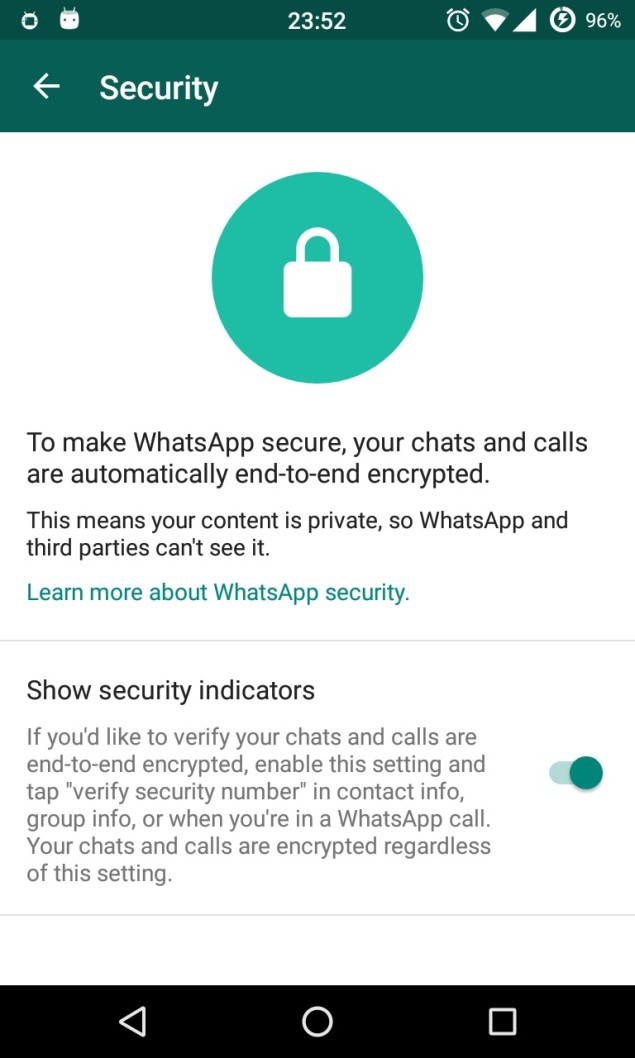 End-to-end encryption on both WhatsApp calls and chats prevents third party users from reading the data. In fact, it does not even allow WhatsApp itself to read user data. WhatsApp's decision to make its app secure by all means is a bold move. This is because the security implementation might attract users from other apps, such as Telegram who enjoy private chat mode for secure conversations. 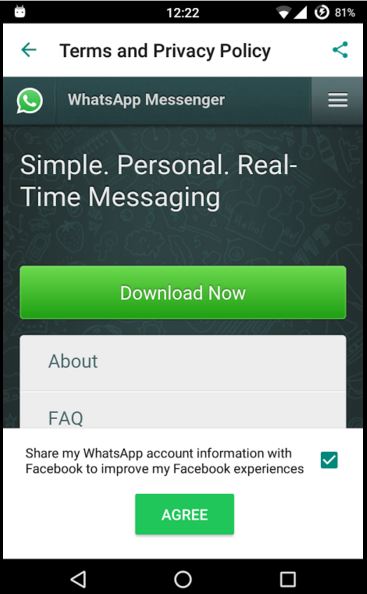 As for the Facebook integration, Santos also shared some screenshots that shows WhatsApp account information sharing with Facebook in order to enhance the experience. The news comes directly after WhatsApp's move to free its annual subscription for every user on the planet. The company has some serious plans for the future in which it will allow users to extend their communication with organizations like banks and airlines for various alerts and other purposes. 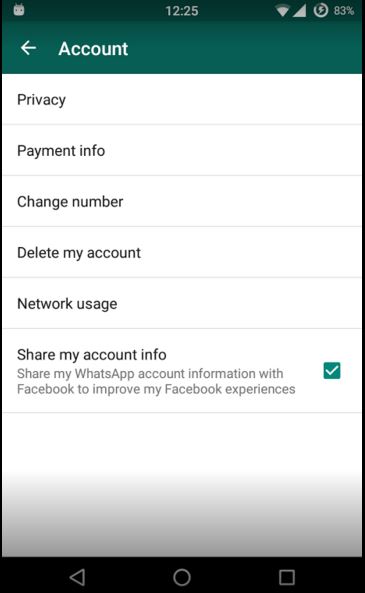 Considering some of the recent rumors that surround the app, WhatsApp seems to be working on a new video-calling feature as well. If WhatsApp pulls it through, it can be regarded as the complete package that features not only chat or voice-calling but video-calling as well. WhatsApp is one of the most popular internet messaging platform that caters billions of users worldwide. Meanwhile, end-to-end encryption and Facebook integrations are a welcome change in WhatsApp.

This is it for now, folks. What are your thoughts on end-to-end encryption and Facebook integration in WhatsApp? Let us know in the comments.