WhatsApp has become the go-to app for anyone who is looking for an instant messaging app, and that is a good thing. The app now has over two billion active users from many regions in the world, and in many places, people prefer using WhatsApp to regular SMS texting that used to be around, too.

We all know that Meta has been developing the app actively and adding new features to the app, as well. For instance, users can hide their online status, create larger groups, and a lot more features, as well. Now, WhatsApp Statuses, which are also known as Stories, are now appearing in the main chat list for users who are running the latest beta version of the app on Android or iOS. 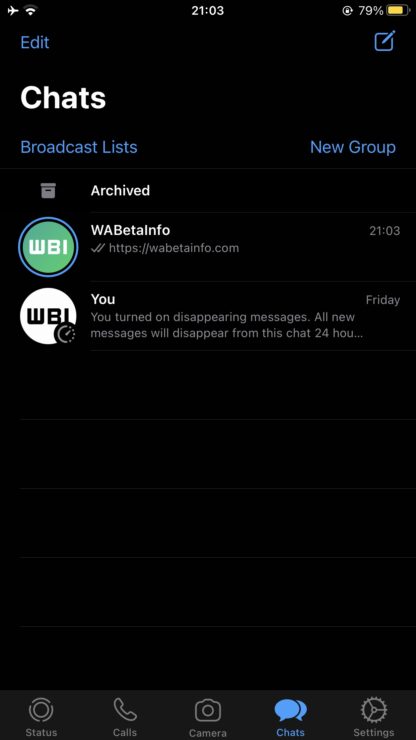 As you can see in the screenshot above, WhatsApp Statuses are now showing up in the main chat list for some beta users. Sure, you can still access the dedicated Status tab. So, the new user interface is just a shortcut rather than a replacement altogether because that is not going to be something that will be a problem for everyone.

The new change will only be available for select WhatsApp users, at the time of writing. Considering how the roll-out is server-side, there is no way for others to force it, so the best thing that you can do is wait for it. Until the company goes ahead and releases the feature to more users, it is better to wait for the update to come out.

Another thing to make note of is that WhatsApp can easily go ahead and scrape this feature if it feels that it is not going to be useful for anyone.

We will keep you posted if WhatsApp decides to roll out the feature to everyone. Let us know what you think of this feature making it to your app.