Currently, WhatsApp can easily be considered the most commonly used instant messaging app with billions of active users depending on the platform to reach out to their friends, family, as well as businesses. Despite being one of the most popular services with a lot of resources, the app or the service experiences a rather slow development as compared to some of the other apps such as Telegram, the main competitor which is packed with new features. However, for those who have been wondering, WhatsApp is now testing a redesigned Mac client that will also have native support for Apple silicon.

WhatsApp has launched a new beta program for its Mac client on TestFlight, and this version uses Apple's Catalyst technology and supports the M1 and M2 family of chipsets natively. The version on Apple ditches the usual interface that you see on WhatsApp Web and goes for a new design that better suits the overall UI of macOS, making the app look a lot more in line with the OS.

You can take a look at the screenshot below, courtesy of WABetaInfo. 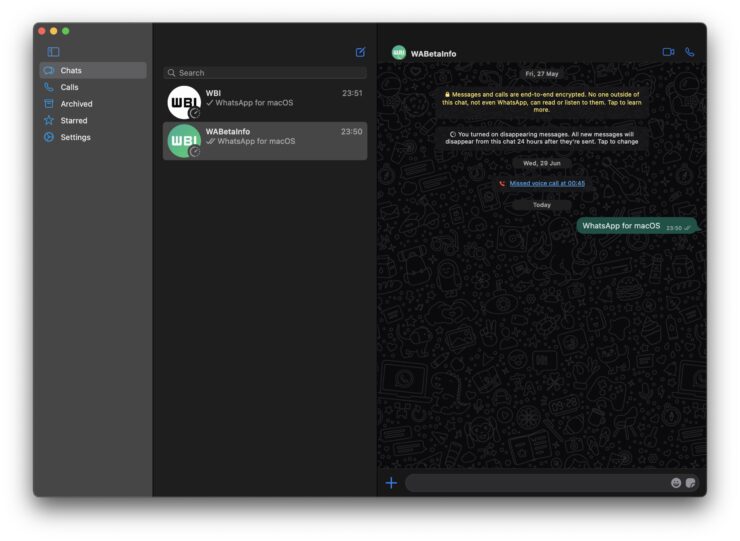 As you can see, on the left, you have access to a sidebar that can be hidden through a dedicated button in the top left corner. The sidebar has all the tabs that you might find yourself needing such as Chats, Calls, Settings, and more. The bar in the middle gives you access to the chat list where you can hop between conversations, and finally, on the right, you have the conversation view where you can actually chat with other people.

For those wondering about the UI elements of WhatsApp for Mac, they look similar to what you would get on the iOS app. if you are interested in getting your hands on the latest version, you can join the beta on TestFlight. As expected, some features might not be working but you will soon get a better experience as there are more updates in the future.