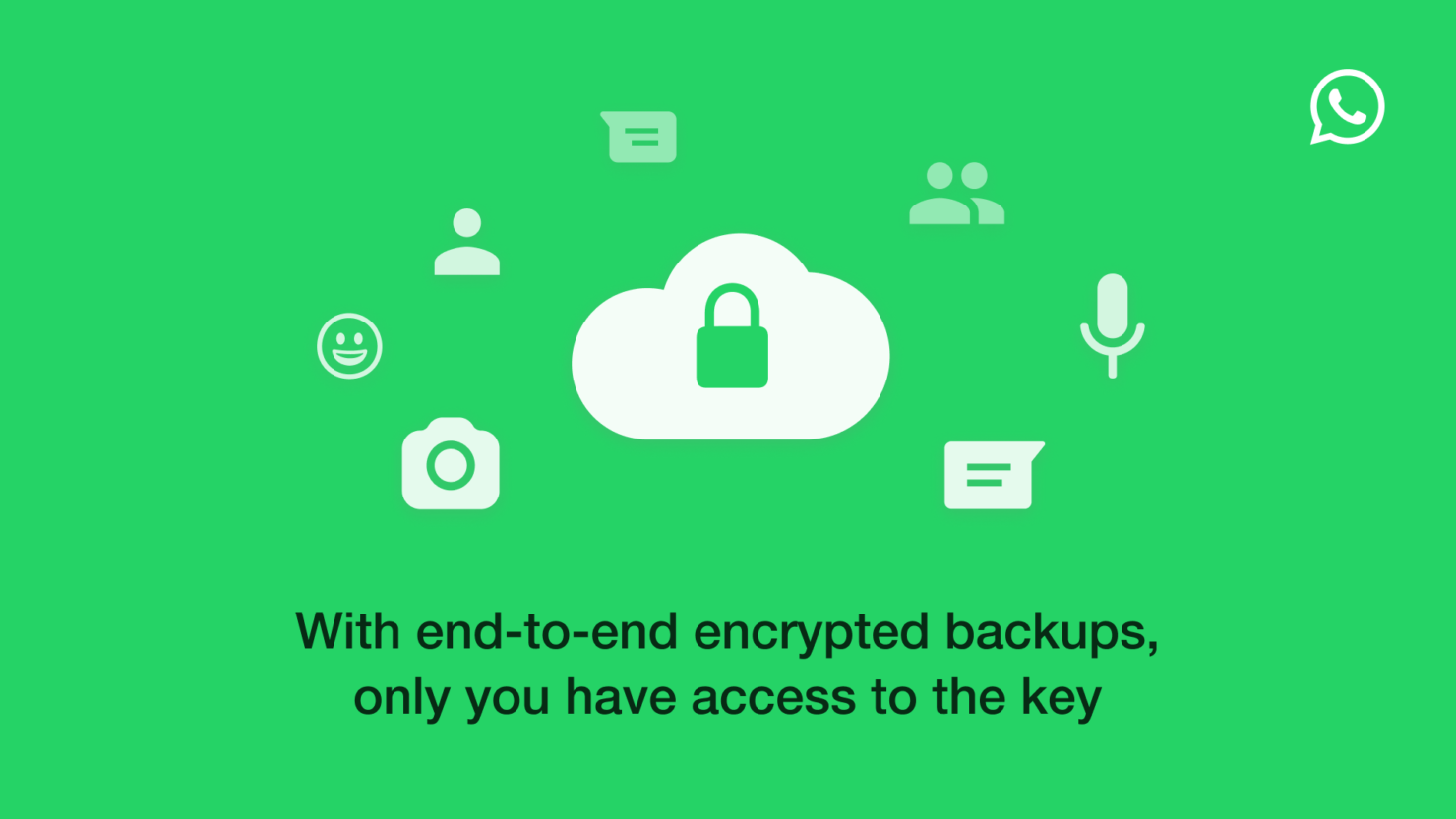 Facebook-owned WhatsApp decided to add another layer of security and has confirmed that end-to-end encryption for cloud backups will be rolling out soon. This announcement was made in a Facebook Engineering blog post, and for those who are wondering, end-to-end encryption was never a part of cloud backups, even though the app has had the support for encrypted chats since 2016.

The current implementation that WhatsApp has relies mainly on iCloud and Google Drive for cloud back. Still, security was only there with two-factor authentication whenever you would restore something on your device.

Facebook has confirmed that end-to-end encryption for your future cloud backups will begin rolling out in the coming weeks. WhatsApp has also said that once you do enable this feature, “neither WhatsApp nor the backup service provider will be able to access” the backups or the encryption key that is used for backup.

People can already back up their WhatsApp message history via cloud-based services like Google Drive and iCloud. WhatsApp does not have access to these backups, and they are secured by the individual cloud-based storage services.

But now, if people choose to enable end-to-end encrypted (E2EE) backups once available, neither WhatsApp nor the backup service provider will be able to access their backup or their backup encryption key.

Users will be able to choose between two options; they can either go for manually storing the 64-bit encryption key or setting a password. This new feature for WhatsApp will make cloud backups and the process of backing up a lot more secure. However, it is important to know that just because you have end-to-end encryption does not mean that your data is 100% protected, and if you do end up losing the key or the password, you will lose access to your backup. Thankfully WhatsApp will let you reset the password if you forget.

It is also important to note that despite having multi-device support, the feature will only affect your main device. You can read the full white paper on WhatsApp and end-to-end encrypted devices by heading over here.