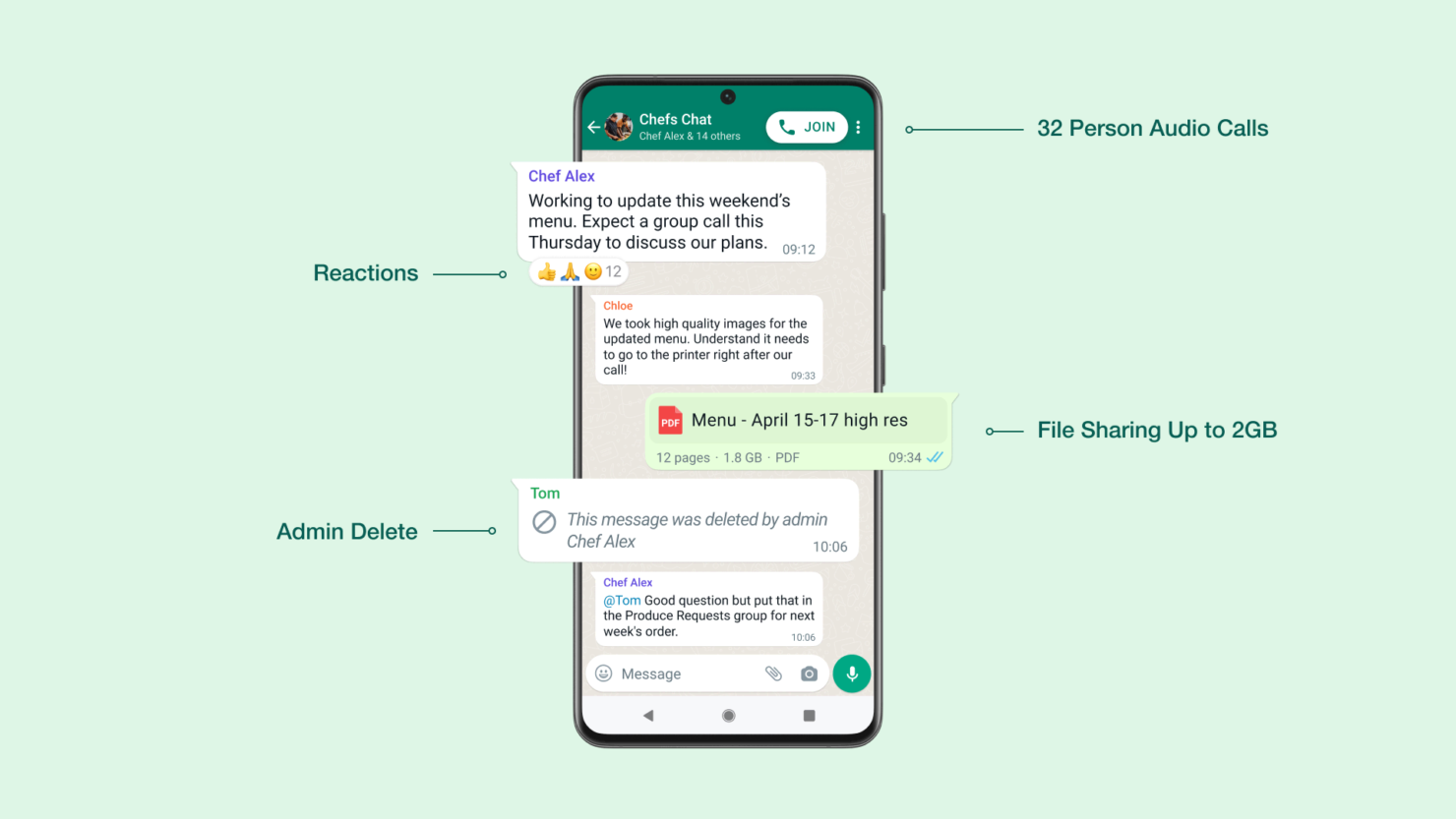 WhatsApp is currently among the most popular instant messaging services around the world with billions of people using the app daily and that too, for free. The app is also used by business owners, to get customer support, as well as a lot of other forms of communication. Despite the app being slow in terms of getting new features, it has been growing substantially and getting new and better features.

WhatsApp has now officially announced that it is bringing a lot of new improvements to groups. These improvements will include Message Reactions, larger file sharing, and other additions that we have heard numerous times in the past. The company has also teased Communities, an upcoming feature that will make managing several groups more convenient.

WhatsApp announced in a blog post today that it will be bringing many improvements to the group chats. These improvements include Communities, a feature that the company will release later this year. Once it finally arrives, this feature will allow users to combine various relevant groups in a way that makes sense to them. This is what WhatsApp had to say.

Communities on WhatsApp will enable people to bring together separate groups under one umbrella with a structure that works for them. That way people can receive updates sent to the entire Community and easily organize smaller discussion groups on what matters to them. Communities will also contain powerful new tools for admins, including announcement messages that are sent to everyone and control over which groups can be included.

In addition to that, WhatsApp has also revealed several new features that will be coming to group chats.

At the moment, we are not sure when the features will roll out to everyone but we expect them to appear soon. Users interested in the Communities feature might have to wait a bit longer as this feature is not coming until later this year.

Which of these features is the one that you like the most? Let us know in the comments below.