Facebook-owned WhatsApp launched a desktop app for Mac back in May. Now, it seems the company is looking forward to add a little bit of love on its iOS application. WhatsApp for iPhone has been updated with some new features that might interest you chatting fanatics out there. The update bumps up the version to 2.16.7 on iPhone and it's packed with giant emojis and much more. So let's dive in to see the update in more detail.

WhatsApp For iPhone Updated With Bigger Emojis And Much More

Giant emojis - it's something that we came across not so long ago. When Apple first announced its upcoming iOS 10 firmware to the public at the WWDC 2016, it made a boatload of changes in its messaging service. iOS 10's Messages app also features bigger emojis, just as you would experience on WhatsApp if you have updated the app. Previously, only the heart emoji would render to be bigger and the rest would remain the same size. We're not sure if WhatsApp got the idea from iOS 10's Messages app, but we'll admit that it is pretty great. 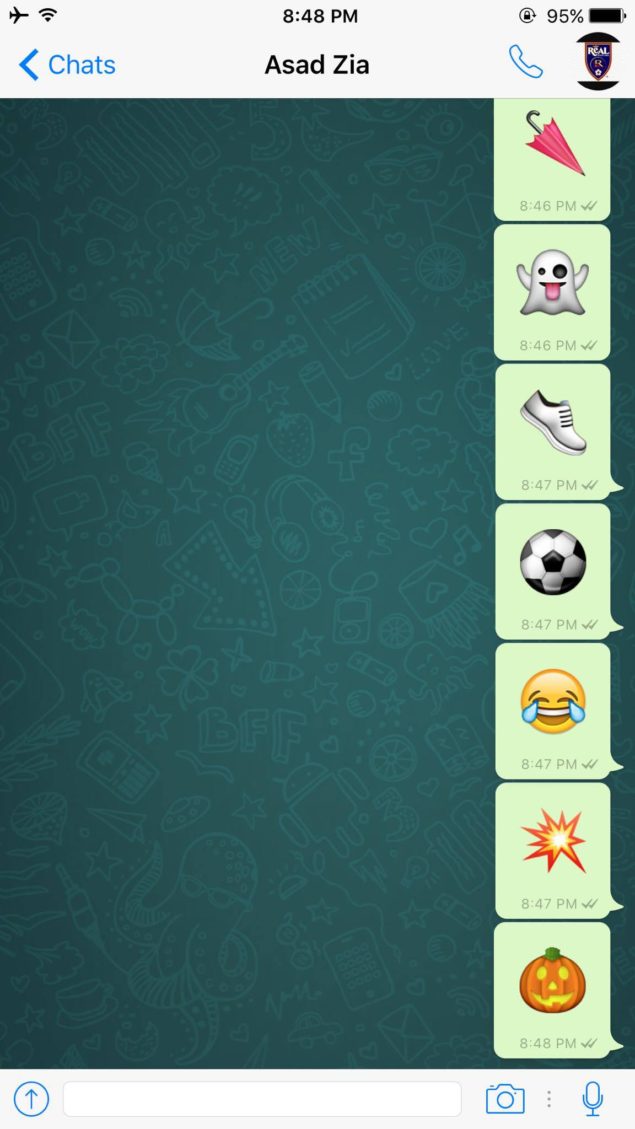 There's no catch to send a bigger emoji, all that you need to do is send an emoji alone. Single emoji at a time. What this means is that you have to send an emoji without the text attached. Once you do that, your emoji will appear bigger, three times bigger! However, this is not the only thing that has been added in the update. The chatting app also made a video zoom feature available to iPhone users along with the ability to select multiple chats in order to quickly mark as read, archive, or delete.

As we have mentioned earlier, WhatsApp brings you with the ability to zoom videos while you are capturing in WhatsApp. To do that, all you have to do is slide your finger up and down in the WhatsApp camera's view finder and you're good to go. This feature does not seem as big as it sounds, but if its here, it most certainly is a welcome change.

Other than this, when you tap on the Edit button located at the top right hand side on the Chats tab, you can now select multiple chats. There are three main reasons why you would want to do it: quickly archive, mark as read and delete. This will probably save time and the hard work involved in deleting chats one by one.

These are some of the changes made in WhatsApp's recent update on iPhone. What are your thoughts on the update? What do you think about the bigger emojis? Let us know in the comments.