Werewolf: The Apocalypse – Earthblood Preview – Rage Is All You Need 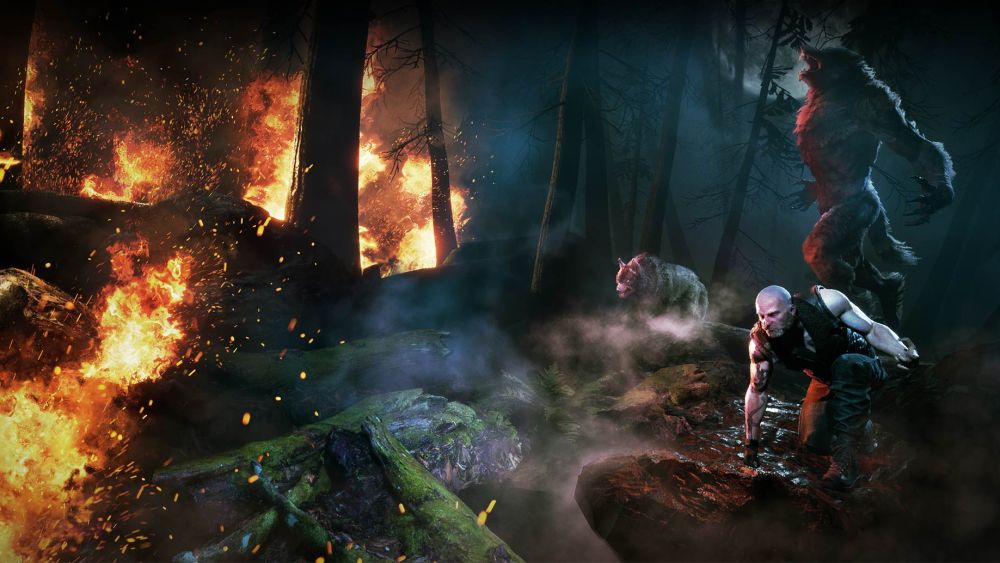 We have seen the announcement of plenty of sequels and new entries in established franchises, but very few new IPs, which is not that surprising, considering the current state of the industry. The new franchises that have been announced, however, are rather interesting, like Werewolf: The Apocalypse - Earthblood, an action role-playing game currently in development by Cyanide.

The game's development started relatively recently, but this still didn't stop the team from showing a very early build of it behind closed doors. Despite the game's current state, I have to admit I was quite impressed by the game as all of its features and gameplay mechanics are well thought out and play off one another very nicely.

Werewolf: The Apocalypse - Earthblood is set in a dark world populated by humans and other supernatural beings like werewolves. Despite this, the world feels a lot like ours, as humans are endangering it. The main character Cahal is a werewolf who is fighting against those who are polluting the planet, a sort of eco-warrior who will stop at nothing to complete his mission. While there is still a lot we don't know about the setting, it seems quite interesting, as it combines natural landscapes such as forests and deserts with man-made buildings. This, added with some relevant narrative themes, should make everything involving.

As already mentioned, Werewolf: The Apocalypse - Earthblood is very early in development, and the build that was shown at the E3 2019 evidently lacked a lot, as there were missing animations, just to name an issue. What it may have lacked in the technical department, however, it didn't in the gameplay, as it shows great promise.

Cahal has three different forms: human, wolf, and werewolf. The first two are used while traversing the world, as the wolf form can cover a lot of ground quickly, while the human form has access to some stealth abilities which are invaluable when the player wants to avoid combat. In human form, Cahal can also use his crossbow to take down enemies silently.

Eventually, players will have to fight against enemies head one, and this is where the werewolf form comes into play. In this form, Cahal is incredibly strong and can unleash several different special attacks against enemies, hurl them against one another and so on. While combat still requires work as the rest of the game does, it looked quite good and visceral, with sound effects and animations conveying a sense of brutality quite well. Combat is also fast-paced, and it feels close to a brawler, so there will definitely be more action than in most action role-playing games.

Battling will also build up Rage, which will influence gameplay outside of combat. If the Rage meter is filled, Cahal will not be able to control himself and will turn into a werewolf automatically. As Rage is gained even during interactions with NPCs, players must be careful and keep it in check, as Cahal can kill any character, which can lead to consequences. They shouldn't be too big in the long run, but they can make things complicated in the short term.

Combat seems to be the highlight of Werewolf: The Apocalypse - Earthblood, as players won't have all that much freedom in exploring the world. The developer confirmed that there will be multiple hub locations featuring sidequests, but it will not be possible to backtrack, so the experience is going to be linear. There will also be two different endings, players will not be forced to play through the game again to get one, as getting one or the other will be tied to a specific choice made late in the game.

Werewolf: The Apocalypse - Earthblood is still in early development, but what has been shown at the E3 2019 shows incredible premise, thanks to a very interesting world and visceral combat. The game is going to release in 2020, and I personally cannot wait to see more of it.