We Aren’t in a Streaming Bubble, But Netflix is Still Overvalued 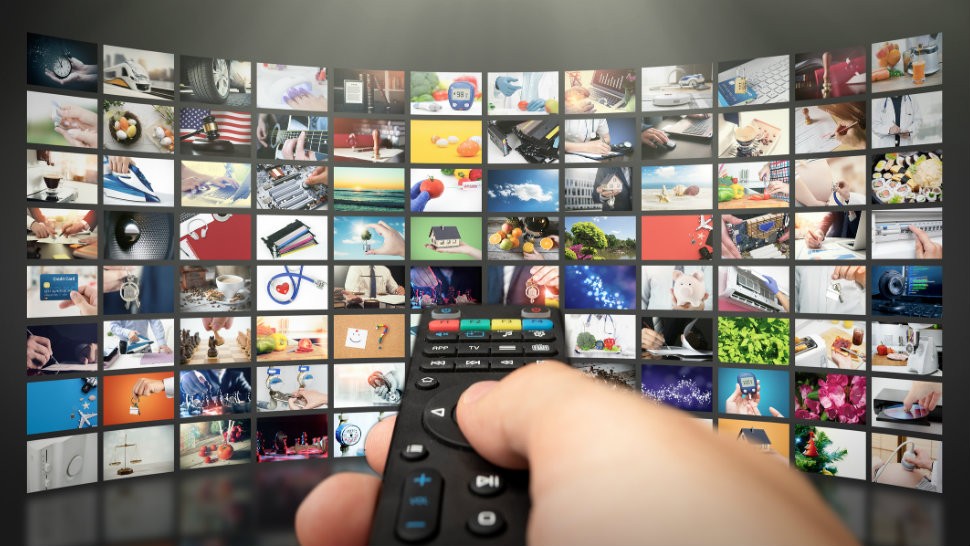 It’s no secret that we are right now in the midst of a content arms race.

According to data from IHS Markit Channels and Programming Intelligence, Netflix (NASDAQ:NFLX) is going to invest $3.3 billion in original programming in 2019. But it’s only one player: Disney (NYSE:DIS) is slated to spend $4.5 billion and Apple (NASDAQ:AAPL) is estimated to spend $6 billion.

But there are only a limited number of eyes out there to consume this content, and these eyes have a limited monthly budget to spend on content.

Netflix, with its name effectively synonymous for streaming content, is in a unique position both because it isn’t a traditional media conglomerate and a big chunk of its content spending is financed by debt.

So how will the company fare in this ever-more competitive market with declining margins? Are we in a massive streaming bubble that’s about to burst, or is the fundamental streaming business model sound? To find out, we spoke with GHP Investment Advisors President and Chief Investment Officer Brian Friedman -- a noted bear on Netflix -- to find out more.

Do you think there’s the same sort of market for Netflix in an era where we have three to four major mass-market streaming services available?

Yes. Obviously, there is some limit as far as the budget goes. However, as an example, I could envision services that have a great blurring of the lines with services that offer healthcare, education, and entertainment. The neat lines that we have dividing these things are going to be much fuzzier.

My problem with Netflix is not that their business model is going to fail, as much as the stock market’s current valuation has some assumptions embedded in it that aren’t true.

I believe the stock market is viewing Netflix as the video streaming equivalent of (NASDAQ:FB) Facebook. Somehow, like Facebook or Google (NASDAQ:GOOG), there’s the network economy of scale effect. What makes Facebook valuable is that I’m there as well as other people are there. That’s simply not true for Netflix or other streaming media. Nobody has come up with yet a significant network effect in that regards. I don’t think there should be a winner-take-all in this market. This is the epitome of the opposite; it’s highly unlikely there will be a winner-take-all, and there will be a great many niches. And as a result, a mass-market distributor of content like Netflix faces some choices down the road: They either have to find a way to cater to all tastes, as they have been, with ever-escalating costs and without expanding margins.

What’s embedded right now into the assumptions surrounding earnings is that at some point Netflix hits a plateau in its spend. Once it hits that plateau, it will be generating enough new content with a sufficient library, as the number of subscribers continues to rise, their profit margins will ultimately rise to quite significant levels. That’s what’s behind the estimates, for example, that’s behind the estimates of $12/share earnings in 2022 [Netflix is currently at $0.60].

My view is based on their current business model I don’t see an end in sight to the spending and their current margins will probably persist forever. As a result, they may continue to add subscribers, particularly around the world, but the earnings multiple (which is currently at 90x earnings) should be closer to what a standard growth stock is valued at -- 25x to 30x earnings. That means in my view, perhaps it’s two-third overvalued. I don’t believe there’s a coming collapse to their business model -- I’m talking about the expectations from the stock market.

There’s room for Netflix, but there are limits to what people will pay to subscribe in an era of mass-market platforms.

So a niche streaming service, that has its dedicated market, but lacks the massive capital expense of the content arms race, will be better off?

Yes, and that’s why I think media conglomerates will do well in the streaming era. Something that hasn’t changed is the economics of content. A media conglomerate like Disney will be able to cater to both the mass market and a wide variety of niches. So you might have a media conglomerate owning a wide variety of properties and I assume at some point there will be some curator function -- just like the cable company plays now -- in terms of putting together packages of channels, or packages of streaming services, but I think those services will have a great more deal of flexibility and I think there will be more choice at the consumer level.

Netflix doesn’t have this advantage. It doesn’t own the pipe (as many media conglomerates also own ISPs), it doesn’t have the variety of media properties, but I believe there’s a market for that. Either it will continue in that vein at much lower margins, as it has to continue its major capital investment forever, or it will evolve into some sort of more niche type of player and it will not achieve the current level of astronomical subscribership that is built into current expectations.

The old-school incumbents clearly have the advantage then. Thus wouldn’t a play like HBO/Warner be more effective thanks to its multi-channel revenue? The Linear TV + the App + the pipe + the economy of scale.

If you own a choke point, there’s room to create value from the choke point. AT&T (NYSE:T) [which owns Warner) owns that choke point. The valuation on AT&T contrary to Netflix is much more reasonable. From an investor point of view, AT&T sells for 10x estimates of earnings. They can make a lot of mistakes, they can take a lot of time, they can do a lot of things wrong on their path to ultimate success. They don’t need to achieve the same kind of growth at their valuation when compared to Netflix.

At 90x earnings, Netflix has to come up with a string of home runs to justify that valuation.

When Netflix’s ‘death knell’ starts happening, what will we see first? Is the first warning sign a drop in subscribers? Or is it a drop-in content spend?

Well, first of all, I don’t think they will shrink. A 'death knell' is not how I would characterize it. You will see a substantial slowdown in subscriber growth -- which you’re already seeing in the US.

You mentioned a slow down in subscriber growth. But where are these subscribers going?

Netflix is pretty much saturated in the US. Incrementally more growth is going to come from niches. I think there’s still room for cord-cutting overall. Is Disney really going to compete for head to head with Netflix? No. I think they know who their market is, and I think they will be more profitable at much smaller subscriber numbers then Netflix was at similar subscriber numbers. I think that ultimately Disney, ten years from now, will have multiple platforms -- more than Disney+ and Hulu.

Though you might see big subscriber slowdown and migration when Disney pulls its content from Netflix. But I wouldn’t call it a ‘death knell’. It’s a competitive threat. It’s the way that business normally works, and the stock market isn’t expecting that.

Overall, is there a cord-cutting bubble? What's the sweet spot for services/spend to keep consumers away from linear TV subs? At the same time, what number are we looking for to start to see contraction?

I do not believe there’s a bubble in cord-cutting or streaming. In fact, I think we are at the beginning of a very wide proliferation of a variety of streaming services. I think 10 years from now, streaming will look more like the twenty-first-century version of magazines rather than Cable Television or other forms linear TV. The capacity constraints that were largely physical in the broadcast TV era, when it was over the air, or the cable TV era. Most of those constraints had to do with the capacity of the cable systems themselves. In the digital world, we just don’t have those capacity constraints.

So when I look at what’s going on with Netflix: They began in the era of constrained bandwidth competing with bricks & mortar [when they were a DVD-by-mail business] then evolved into the streaming era at a time when broadband connections were just beginning to proliferate. That’s a very different period of time when we are in now, when we are really starting to see the acceleration to all-digital and away from cable programming packages. We’re at the beginning of the 5G rollout which will take broadband mobile.

As an overall thesis, I don’t believe we are in a streaming bubble or a cord-cutting bubble. I believe we are very much in the beginning. In fact, you will see a massive proliferation of a wide variety of services on a spectrum of niche to the mass market.