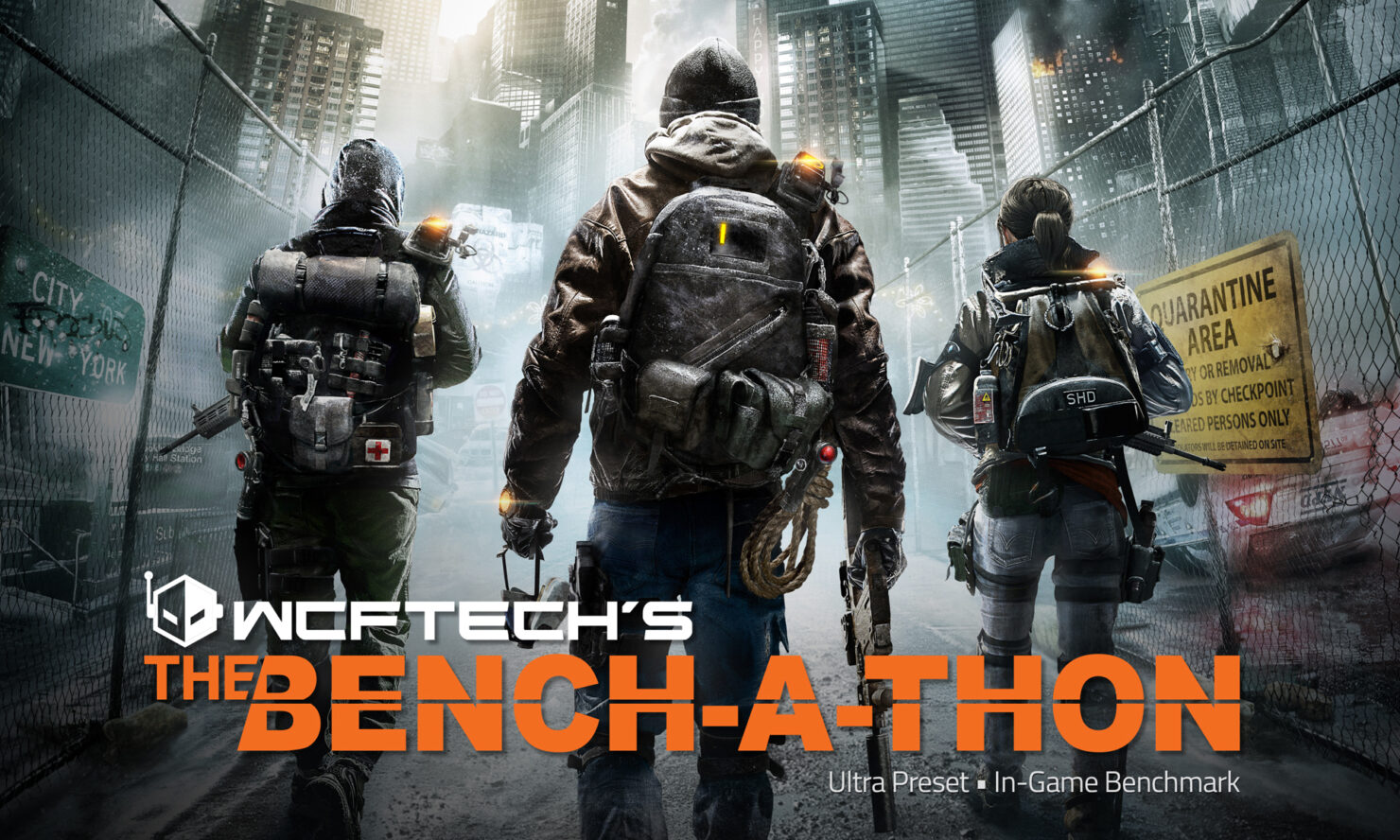 If TL;DR, scroll down for instructions. Ramblings and imagery prior to that.

It has been a very interesting week in PC-based technology to say the least.  Lots of things seemed to happen in quick succession. The highly anticipated Zen… I mean Ryzen was finally reveled to the public and benchmarked.  Vega was demoed, giving everyone their first look at the big guns of AMD’s 2017 arsenal.  And seemingly out of the blue, fan favorite Ubisoft released a dx12 rendering path for the 2016 blockbuster-game, The Division.  Consequently, Radeon owners are now able to leverage their Asynchronous Compute Engines in DX12 offering a free performance boost in the game.  AMD blogged about it on their radeon.com blog.  With that said, the game now has an in-game benchmark that allows users to test their dx11 and/or dx12 performance in a controlled, specific sequence of scenes. Ubisoft is also offering The Division for FREE this weekend December 15-18! Holy cow!  What a great time to do a WCCF Community Bench-a-Thon!

I should note, it’s great that Ubisoft so kindly added DX12 support and a shiny new benchmark to a months old game, but the generosity didn’t end there…  Additionally, Ubisoft has taken 50% off the game’s MSRP (Digital copy on Uplay).

The Division, is described as an online open world game with RPG elements.  Set in a post epidemic NYC, the collaborative, multiplayer third person shooter peaked on steam at 114,228 concurrent players.  For our purposes though, it is a tool to benchmark.  Here’s how to start:

Step 1. Download Uplay (Yes, it is MUCH better than it was back in the beginning.) 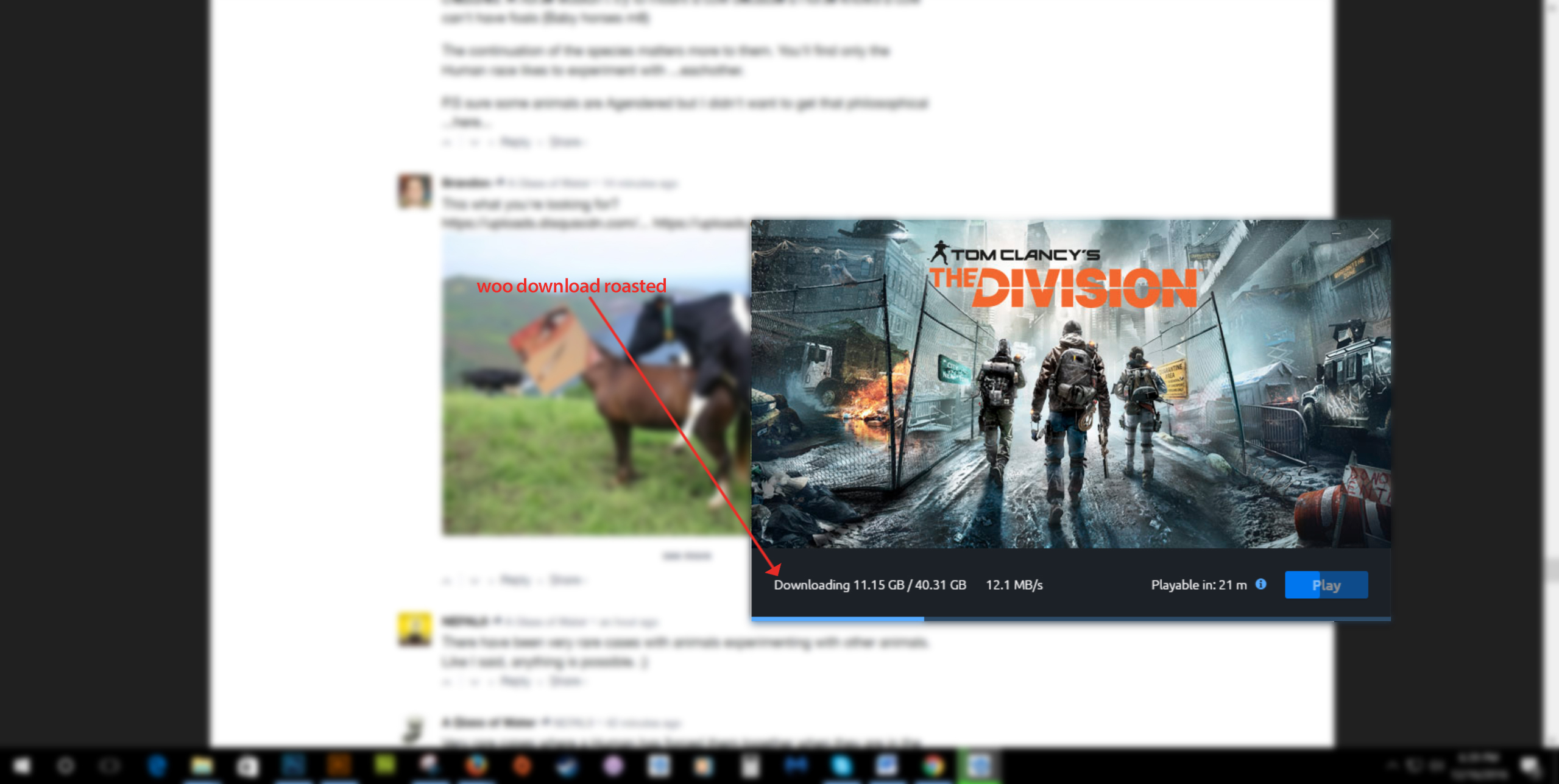 Moar downloading. I really don't think you should play the benchmark.... game, until it's complete. 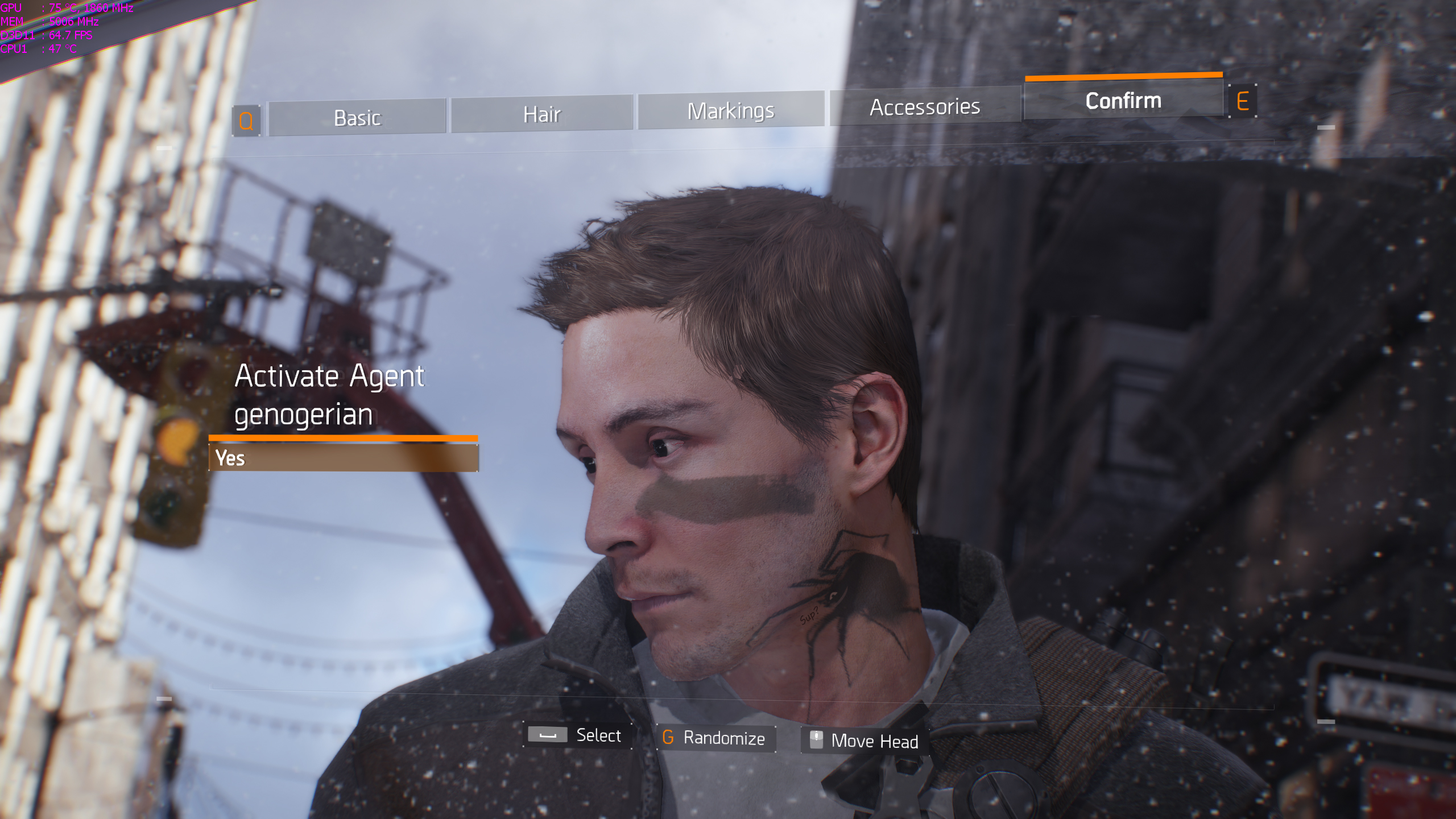 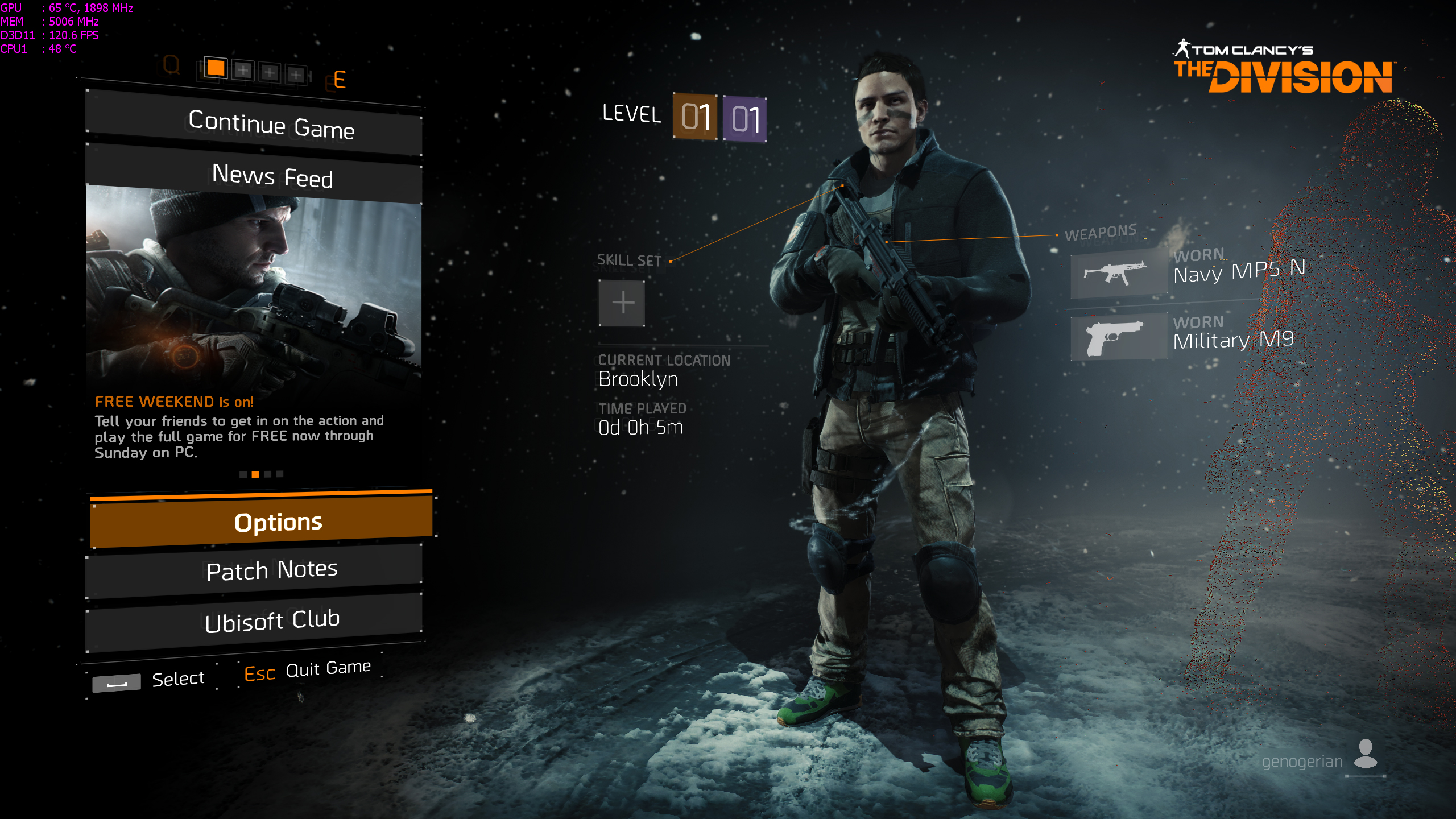 Hopefully you already know how to do this institutionally, but one never knows. 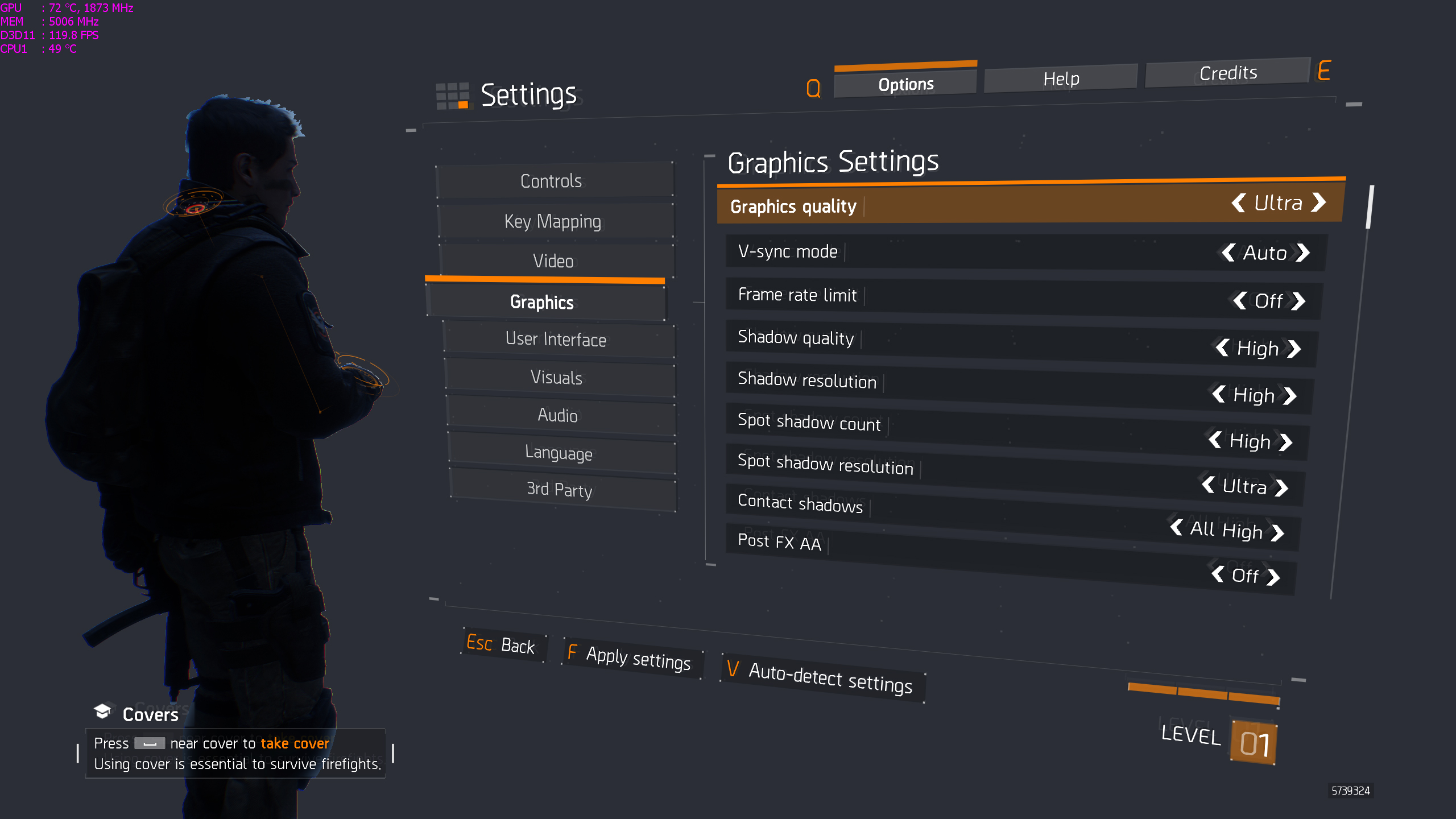 Set Graphic Options to ULTRA. No other custom settings. 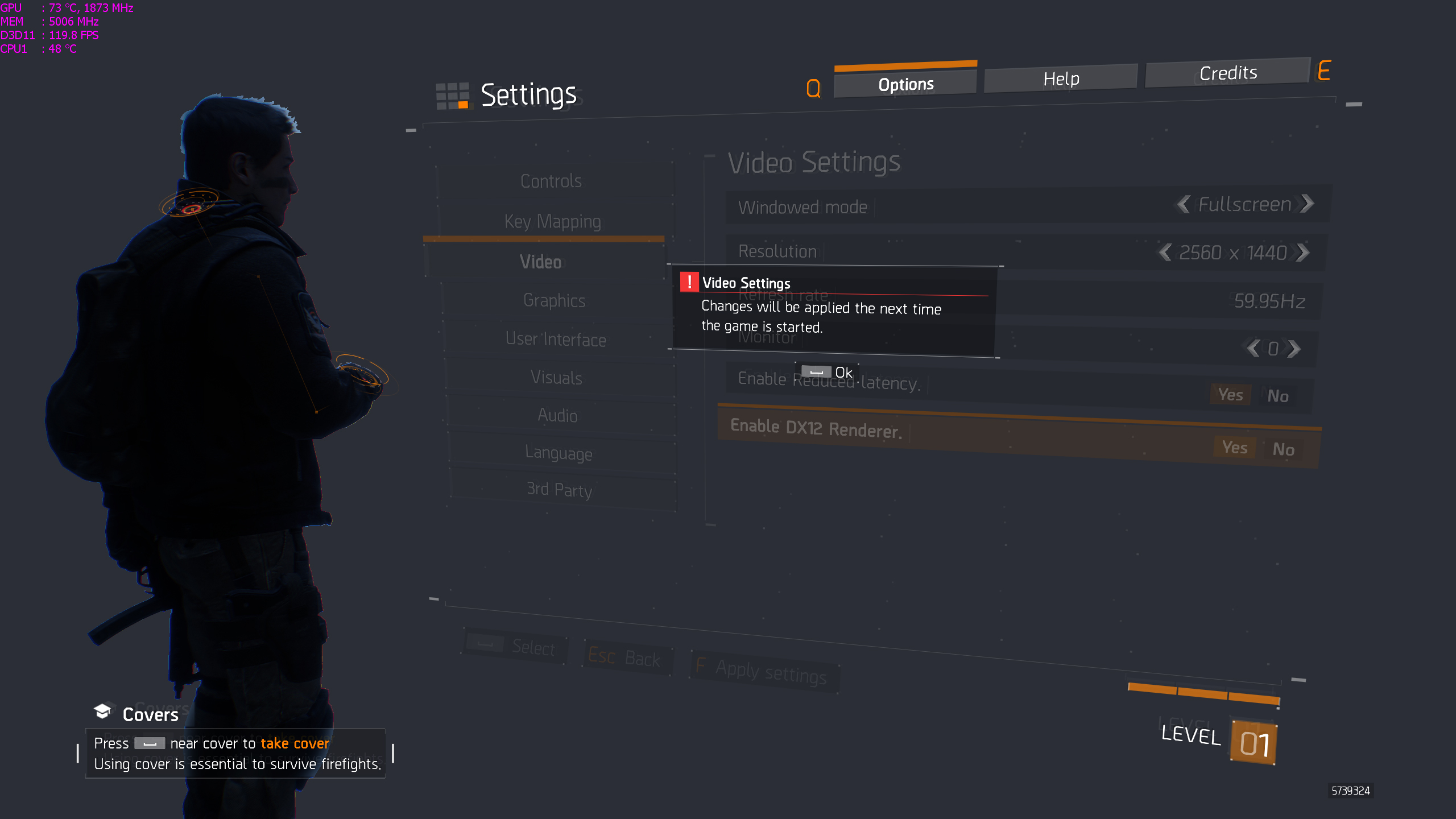 Choose your resolution and API. Restart the game when prompted if need be.

Step 8. Back at the options screen, Select BENCHMARK.  Run Benchmark. 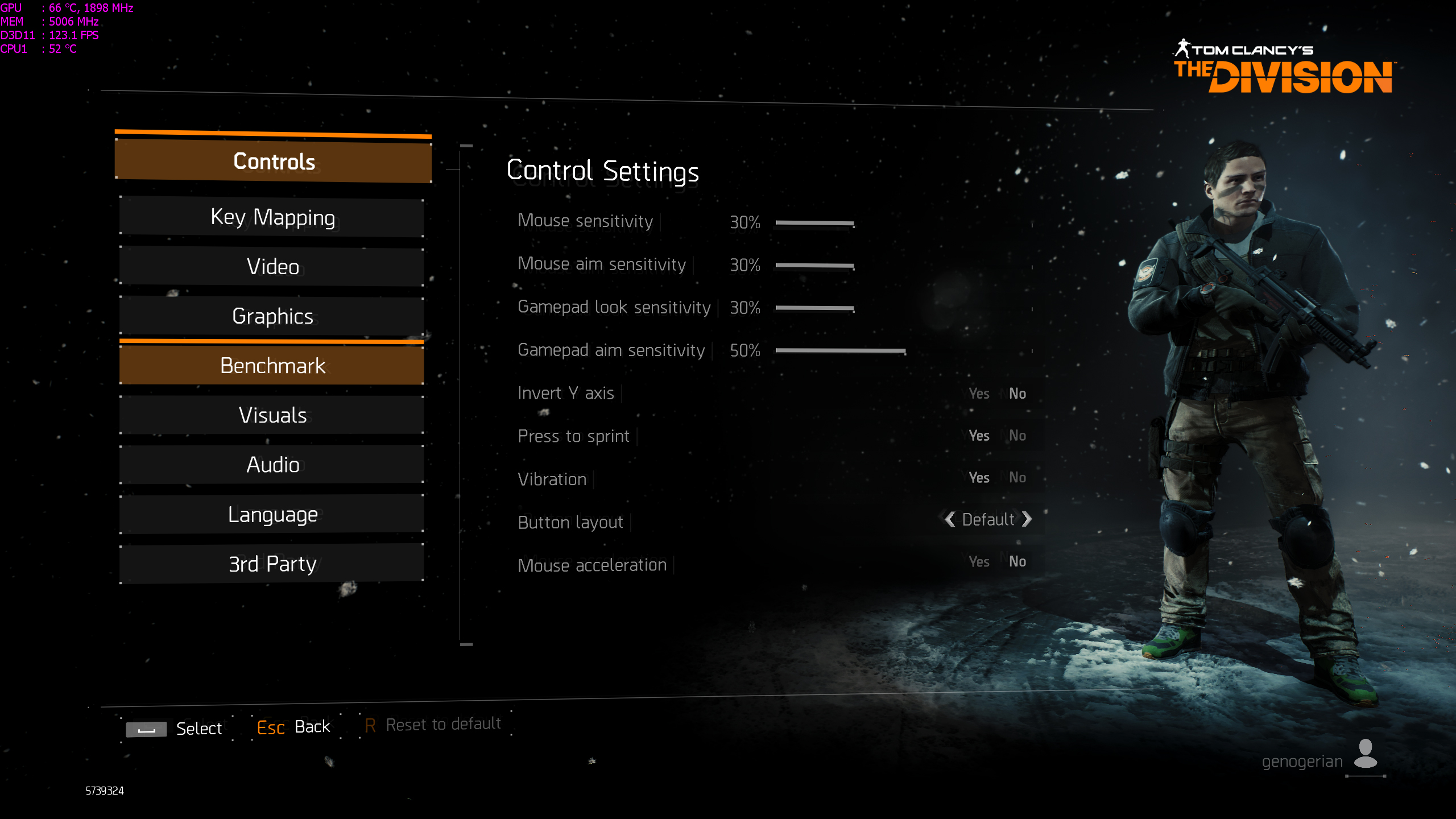 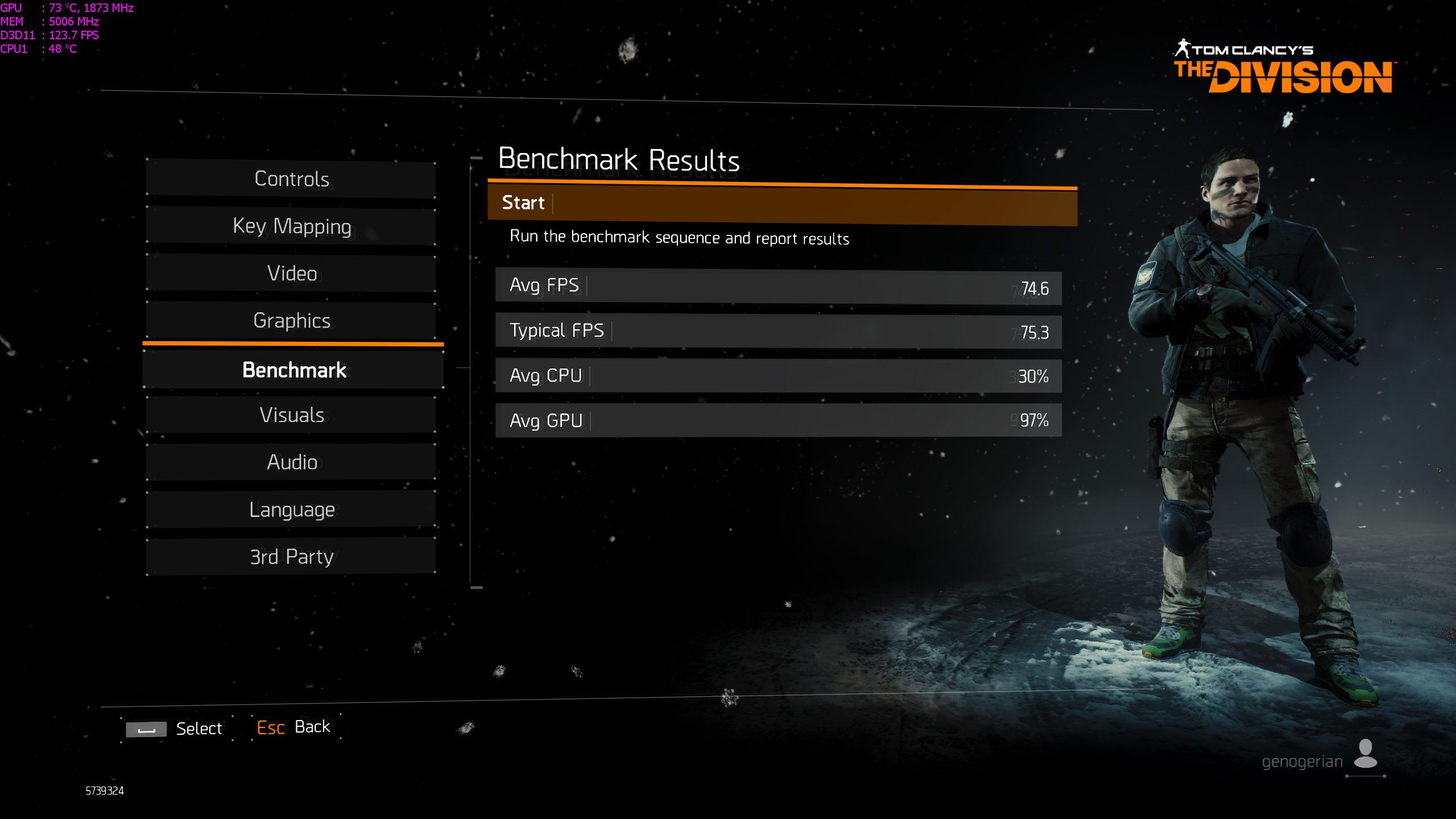 Take a screenshot of your results.

Step 10. Submit the screenshot, DX11 or DX12, and your PC specs in the comment section.  (This is the most important step, I’ll highlight this down below.)

When all is said and done, this data will be compiled into spreadsheets and graphs.  As I’ve said prior to this bench-a-thon, it’s a fun way to compile data from an entire multitude of PC setups.

Everyone is free to participate, please don’t be shy. This is an embracing, understanding, and compassionate community of like minded tech enthusiasts.  Thus all users are encouraged to do it for the lolz, trollz, and funzies in general. Most importantly, For Science!

Really, the Only Part you Need to Read

In the comment section, Submit a screenshot of your results after the benchmark.  State whether you used DX11 or DX12. Post your PC specs. ie:

(screenshot.jpg)  Use direct hosting links (like Imgur.com) or drop into discuss (2mb max).

That’s it!  Have fun!  And now… Here’s your moment of ryZEN.