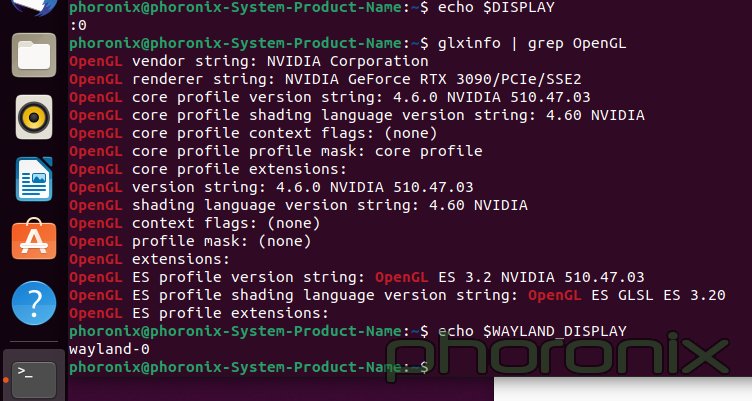 NVIDIA launches their 510 Linux driver series that pairs with the recent XWayland and a modern version of the Wayland compositor. This new compositor is similar to the current GNOME/Mutter packages. Now, NVIDIA and their (X)Wayland venture appear to deliver identical performance to the standard X.Org session.

The NVIDIA Wayland support with GBM usage has leveled out and seems promising for Linux's approaching Ubuntu 22.04 LTS release. Phoronix offers a few benchmarks results about the NVIDIA 510 driver on Ubuntu 22.04 LTS in its latest state.

Contemporary Wayland support in KDE Plasma and GNOME Shell has produced positively within the open-source Radeon driver stack. With the newest NVIDIA drivers, Wayland support promises the next generation.

Phoronix benchmark testing utilizes the NVIDIA GeForce RTX 3090. It tests various games and graphical settings while confirming that the games were not hitting any walls on the graphics card. The new NVIDIA 510.47.03 Phoronix used a Linux driver compared to the latest Ubuntu 22.04 LTS daily packages with the most recent (X)Wayland code and the added GNOME Shell 41.3 along with other updated components. 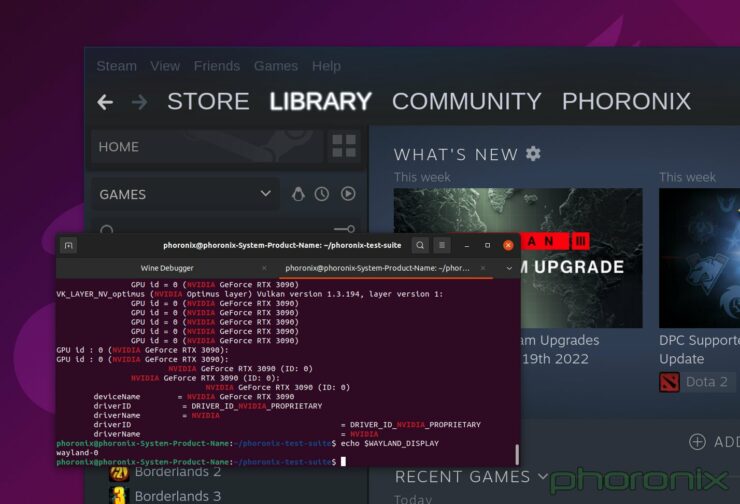 Phoronix tested Linux gaming benchmarks using a combination of native Linux games and Steam Play titles under the GNOME Wayland session. Ubuntu users witnessed a close to identical default performance with the open-source Intel and AMD Radeon graphics drivers. Phoronix followed up with the duplicate games in the GNOME X.Org session to compare the (X)Wayland performance so that users can see the future once the crucial Ubuntu Long Term Support releases. The website states that after testing, it looks hopeful for Ubuntu 22.04 LTS and anticipates that this version will be the standard after its release.