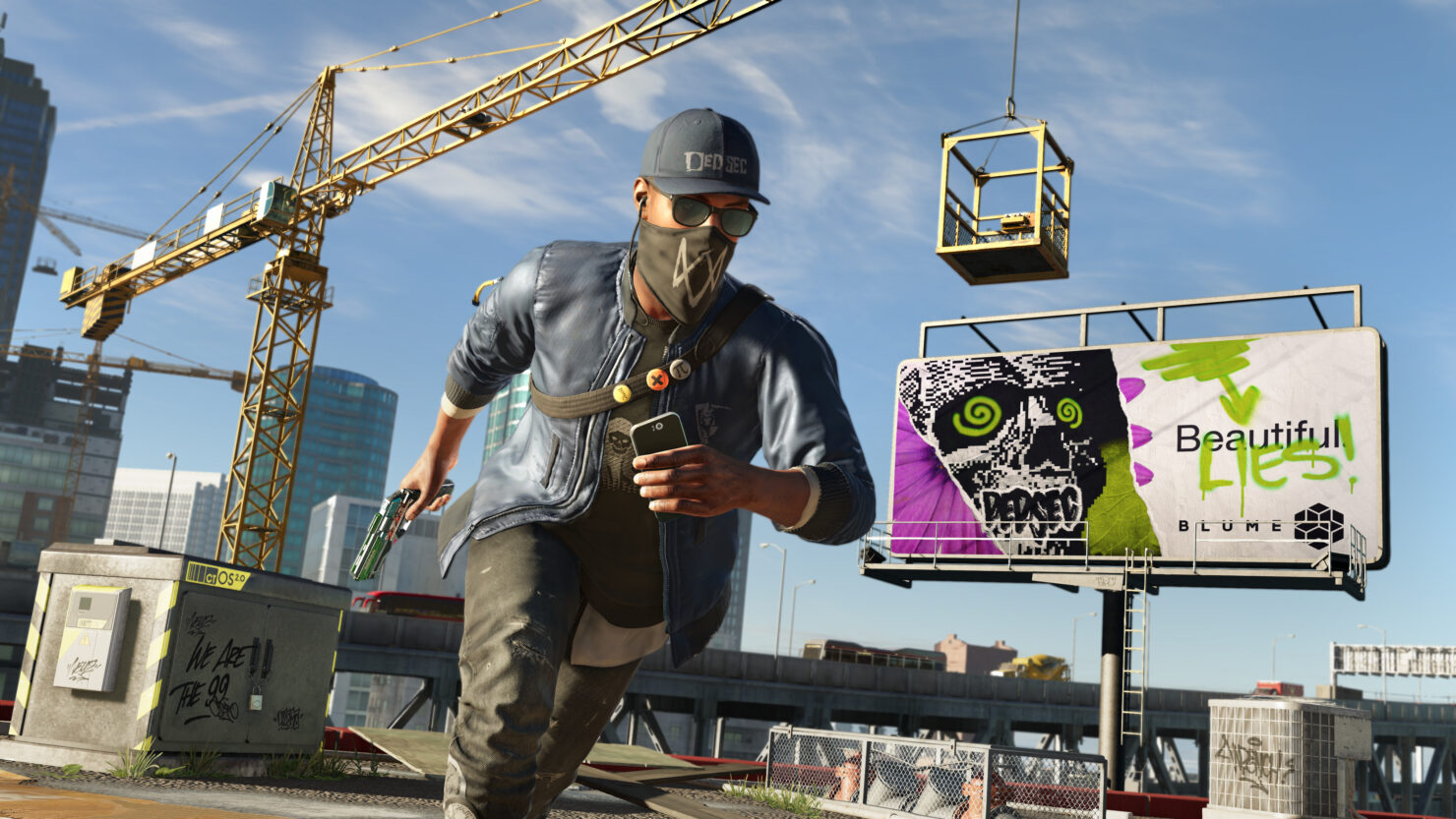 ORIGINAL STORY: Ubisoft has finally revealed the first details on Watch_Dogs 2 during the official livestream.

One of the biggest changes in terms of gameplay will be the stronger focus on parkour. The new character (Marcus Holloway), according to the developers, will be much more proficient in this regard.

Of course, Watch_Dogs 2 is still very much a hacking oriented game and Ubisoft promised that while the first game was a milestone, they really want to deliver the ultimate hacker fantasy. This will be particularly interesting in San Francisco, with all of the tech companies of Silicon Valley.

This time around, you'll be able to hack everyone and everything instead of just select people. That includes cars, which can enable particularly interesting gameplay solutions. Moreover, it will be possible to play in co-operative mode with another player, in a completely seamless way.

Watch_Dogs 2 will be out for PC, PlayStation 4 and Xbox One on November 15.

UPDATE: Press Release, Images & Videos added. You can rewatch the world premiere below, alongside a video dedicated to the new main character Marcus Holloway.

In 2016, ctOS 2.0, an advanced operating system networking city infrastructure, was implemented in several US cities to create a safer, more efficient metropolis.

Play as Marcus Holloway, a brilliant young hacker living in the birthplace of the tech revolution, the San Francisco Bay Area. Team up with Dedsec, a notorious group of hackers, and expose the hidden dangers of ctOS 2.0, which, in the hands of corrupt corporations, is being wrongfully used to monitor and manipulate citizens on a massive scale.

With the power of hacking and Dedsec by your side, launch the Hack of the Century, take down ctOS 2.0 and give freedom back to whom it belongs: the people.

WELCOME TO THE SAN FRANCISCO BAY AREA Explore a massive and dynamic open-world offering an incredible variety of gameplay possibilities. Hack your way through traffic while you engage in dangerous car chases through the winding streets of San Francisco, traverse the rooftops of the colorful & vibrant neighborhoods of Oakland, and infiltrate the cutting edge offices of Silicon Valley companies. There are many secrets to uncover in the birthplace of the tech revolution.

HACKING IS YOUR WEAPON Hack into the city’s infrastructure, every connected device, and everyone’s personal database. Take control of drones, cars, cranes, security robots, and much more. Hack your enemies and bystanders alike– manipulate them in different ways to trigger unpredictable chains of events. Every person, any vehicle they might drive, any connected device they possess can be hacked.

YOU ARE IN CTRL Use hacking and stealth to complete missions without killing a single enemy or combine hacking and your weapons for a more ferocious approach. Develop different skills to suit your playstyle, and upgrade your hacker tools – RC cars, Quadcopter drones, 3D printed weapons and much more.

SEAMLESSLY CONNECT WITH FRIENDS Stay connected to your friends with a brand new seamless multiplayer experience that includes both Co-op and Player vs. Player activities, all available in a shared open world experience.

Watch Dogs 2 Is More Than Twice as Big as The First Game; Graphics Have Been Significantly Expanded