Watch Dogs 2 Is More Than Twice as Big as The First Game; Graphics Have Been Significantly Expanded 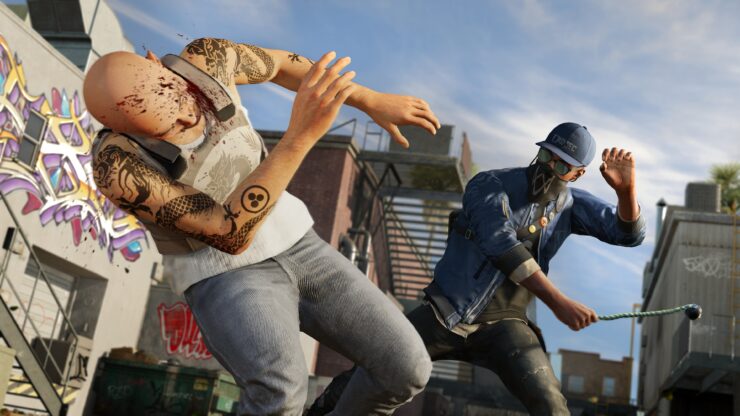 The Evening Standard had the chance to interview Ubisoft Montreal's Dominic Guay, Senior Producer on the Watch_Dogs IP. Among other things, he revealed that the playable world will be much bigger in Watch Dogs 2 than the first one and the graphics have been significantly expanded.

Watch Dogs 2 uses an evolved version of the first opus technology. With many years passing doing R&D on this hardware generation, we were able to expend the game’s graphics significantly. The San Francisco Bay area is a great place to have long view distances with high detail and atmospheric effects. The lighting and effects are more realistic and the world much more detailed and dynamic.

The game world is more than twice as big as the open world in Watch Dogs. But beyond size, it is much more of a varied, dynamic, and flavourful setting. It encompasses San Francisco, Oakland, part of Marine county, and a scaled down version of Silicon Valley.

Watch Dogs 2 will have a different protagonist, Marcus Holloway. His path will be one of vengeance: early in his life he was framed by the ctOS of a crime he did not commit. Marcus eventually becomes a capable young hacker that joins up with hacking group DedSec to bring down ctOS and its creators, the Blume corporation.

Watch Dogs 2 will allow players to progress by barely touching the story if they so choose, thanks to Operations. Ubisoft provided a brand new gameplay video at E3 2016, which you can find here. They also offered in-depth answers on gameplay mechanics in a developer Q&A that we've published here.

Watch Dogs 2 is set to release for PC, PlayStation 4 and Xbox One on November 15 worldwide.