The new NVIDIA mobile chip is finally here. NVIDIA has revealed its next generation super chip for upcoming mobiles and tablets. According to previous reports, analysts suggested NVIDIA to windup their Tegra business because the company's sales were continuously facing a downfall, but now it looks like NVIDIA is back with something very powerful. Below you can watch new Tegra K1 chip for mobiles and tablets in action with Epic Game’s Unreal Engine 4. 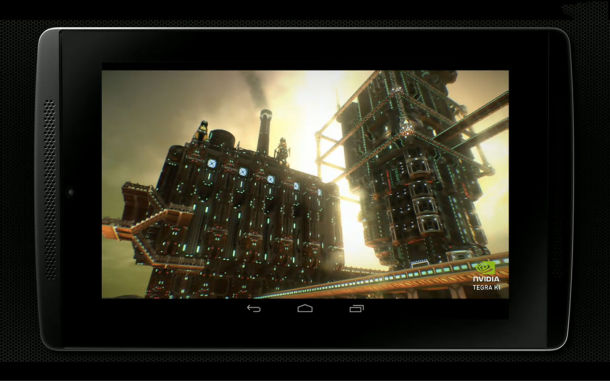 Previously recognized by its codename Logan, Tegra K1 is the most powerful mobile chip ever manufactured by NVIDIA. The chip would usher the mobiles and tablets into a new era and would provide a whole new portable processing and gaming experience to the users. The Tegra K1 features Kepler architecture that has been used in super desktop computers, laptops and world’s fastest computer i.e. TITAN.

Of course NVIDIA is a graphic card manufacturing company, so the Tegra K1 has been built with keeping the main focus on gaming. Being the gaming partner of NVIDIA, Epic Games is the first one to announce that it would work on Unreal Engine 4 with Tegra K1 to develop next-gen mobile and tablet games. With the announcement of bringing Unreal Engine 4 to Tegra K1, Tim Sweeny, the founder of Epic Games said:

"We can take absolutely anything that runs on PC or high-end console and run it on Tegra... I didn't think that we'd be at this level on mobile for another 3-4 years."