Rockstar's popular six-year-old open world action-adventure video game title known as GTA 4 is one of those games that have been proved to be the PC modding community's favorite. Since its launch on Microsoft Windows back in 2008, the game has been colored with different unique mods that add great features and improve the overall gameplay experience. Today, we have another great mod that turns Rockstar's open-world title into hacking adventure by fusing Ubisoft's all time famous cross-gen action-adventure title into it. 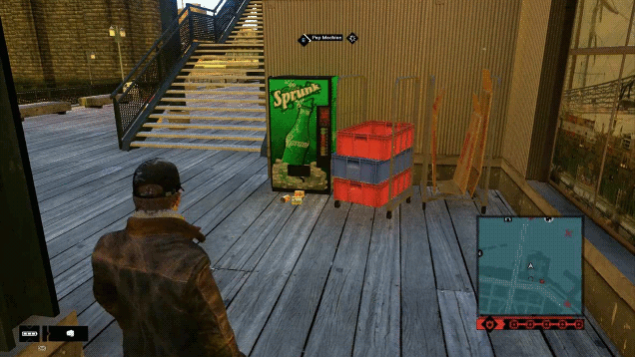 PC modding community has been doing a great deal of work over the last several years by turning some pretty games prettier. Rockstar's GTA 4 and Ubisoft's Watch Dogs are the two games that have received a number of impressive and splendid mods that boost their visuals to a whole new level as well as add new unique features and improved gameplay mechanics. Today, we have an exceptional mod that blends these two games together by putting the elements of Watch Dogs into GTA 4.

Developed and released by PC game modder JulioNIB (creator of GTA 4 selfie mod) in collaboration with Yeardly Diamond and ac amir, GTA 4 Watch Dogs mod allows players to make a mix of two hit open-world video games and do all the hacking they want in the crime-ridden streets of GTA 4. The mod is named Watch Dogs IV, and it works by replacing most of GTA 4's native HUD with that of Watch Dogs (note that the HUD elements are created from scratch), and enables the in-game phone to work as hacking gadget similar to the one that is included in the original hack-centric game.

Watch Dogs IV mod actually changes the first look of GTA 4 by replacing the main character of the game, Nico Bellic, with the notorious Aiden Pearce. The video shared below demonstrates most of the features that the mod comes packed with, and following the video is the list of similar features provided by JulioNIB.

If you still like to wander around in GTA 4, and you want to try this Watch Dogs IV mod, you can download it from here.