Just like every other mature industry and technology, gaming industry has evolved big time after the start of the 21st century. Long gone are those days when way back in 1972, the first generation of video game consoles started with the Magnavox Odyssey, and the newly fitting gamers enjoyed their day sitting next to some black and white TV and sliding into the other worlds. Now, a game is not considered something of quality if it runs at any lower than HD resolution. But have you ever wondered, what would some modern triple A top quality titles such as Watch Dogs, GTA V, Saints Row 3 and Soul Calibur 5 would look like if played on 1973 black and white TV? Well, wonder no more now. 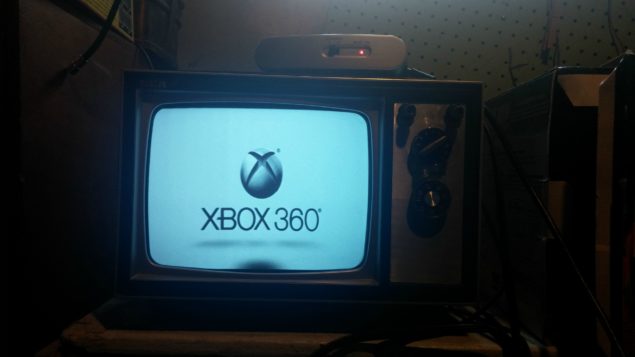 Have you ever, even once, gotten bored of your modern video game consoles running on huge liquid color displays? and have you ever wondered what would some of the best games released in recent years look like if played on an ancient black and white TV from 1973? To facilitate your imaginations, a Reddit user, known as Awesomedan24, decided to set up his Xbox 360 console with his 1973 TV from the old times and play some most boasted major video game titles such as Watch Dogs, GTA V, Saints Row 3 and Soul Calibur 5 on this setup.

Awesomedan24 was also kind enough to record and share some video footage along with some great images showing how a TV from the times of the first generation of consoles managed to run seventh generation Xbox 360 console. The result turned out to be something that you don't get to see every day. So, without further ado, let me just present the videos and images below for you so that you can check them out by yourself.