While Ubisoft hasn’t made a formal announcement regarding Watch Dogs 2’s launch, we already know that the developer is currently working on a sequel to its biggest, critically acclaimed 2014 release. Following a mention of “the next Watch Dogs” aimed to launch before March 31, 2017 in their financial report, the publisher reportedly confirmed the existence of Watch Dogs 2 at Game Developers Conference recently, and perhaps that is what has led GameStop to start taking pre-orders for the game. 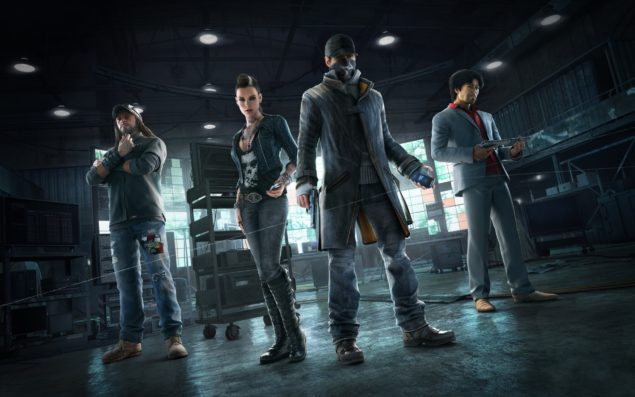 GameStop is Already Taking Pre-Orders for Watch Dogs 2 on PlayStation 4 and Xbox One - E3 Reveal Imminent?

GameStop is apparently ready to ship some day one copies of Watch Dogs 2, as the online retailer has put the game up for pre-orders on its website, even though Ubisoft is yet to properly announce the game and talk about its release. Players can now head over to GameStop and pre-order the PlayStatoion 4 or Xbox One version of the upcoming inevitable Watch Dogs title. The game, oddly enough, cannot be found on the retailers’ US websites and is only available on the Irish and UK sites

Rumors regarding the potential sequel to Ubisoft’s open world action-adventure third-person stealth shooter were backed up when earlier this year, then publisher rolled out its financial report for the third quarter of the ongoing fiscal year. Among games that Ubisoft listed in its “very high-quality line-up” for the next fiscal year (April 1, 2016 to March 31, 2017) was “the next Watch Dogs.” That is all the publisher had to say about it at the time.

At Game Developers Conference 2016 , which was held just a couple of weeks ago, Ubisoft participated in AMD’s press briefing about the graphics cards manufacturer’s latest gaming and virtual reality technologies, and reportedly mentioned “the upcoming Watch Dogs 2”, thereby confirming the title. It has also been reported that with support for DirectX12, the upcoming sequel will be “highly optimized to run on AMD hardware.” But that is all. There is nothing else that the publisher had to share.

Since we already know that Watch Dogs 2 is in the making, and now that GameStop has added pre-order listing for the console versions of the game, expectations are that Ubisoft will officially reveal the game for PC, PlayStation 4 and Xbox One at Electronic Entertainment Expo 2016 this summer. With the publisher taking Assassin’s Creed out of its yearly release schedule, the chances of Watch Dog 2 releasing later this year are high.

What do you have to say about this inevitable next Watch Dogs title? Share your thoughts in the comments section below.

Watch Dogs 2 Side Missions Will Contribute To The Main Storyline, Notoriety System Is Not Back, Aiden Pearce May Make An Appearance