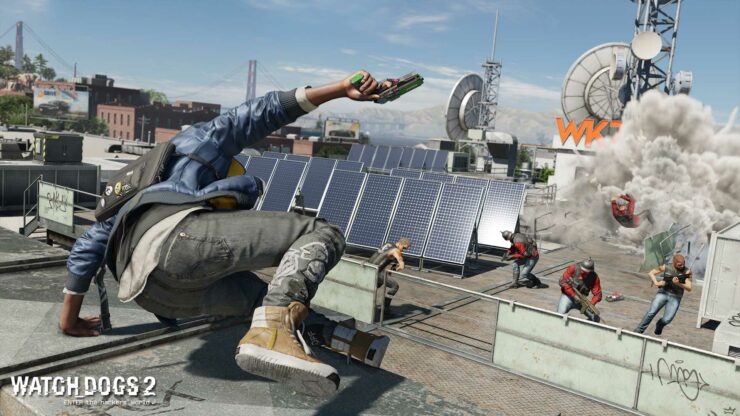 Watch Dogs 2, the new entry of the open world series developed by Ubisoft, has been released two weeks ago on PlayStation 4 and Xbox One, and in a few hours PC players will finally be able to enjoy the game. Ubisoft is not known for solid PC ports, and many are rightly wary about the PC release of Watch Dogs 2, but it seems like the publisher did everything right, judging from the impressions of a Steam user.

Steam user Moonky has recently shared some new details regarding the PC release of Watch Dogs 2 as well as the graphics options, which can be checked out below.

In his posts, Moonky noted how Watch Dogs 2 on PC can run quite well on a powerful machine, with a few settings impacting performance heavily. For this reason, he's not sure how the game will run on less powerful machines. Game ready drivers have yet to launch, so things will definitely improve once they are available.

After some disappointing PC versions recently it's refreshing to see WD2 delaying it to make sure it runs great and despite tweaking a few settings to remove a little slowdown (likely because I am on an older Nvidia Driver) it can run at a smooth 60 FPS with a 980 Ti / i7 6700k. Granted I haven't had much time with it but this is it's definitely running smoothly compared to most recent titles.

After original tests, it appears Temporal Filtering was on and may have created inaccurate tests, I have since turned that off and ran various tests to see if I could maintain 60 and the answer is yes, but at some reduced settings. There are 4 big killers to the Framerate, these are MSAA/TXAA, Geometry Detail, Vegetation and Terrain Detail. As I am still not on the latest drivers and running a preview build there may be a better driver out by launch another of our "team" has a similar setup but with a 1080 instead and they drop down to the 50's.

Watch Dogs 2 launches on PC tomorrow, November 29th. The game is also available on PlayStation 4 and Xbox One. You can learn more about it by checking out our review.