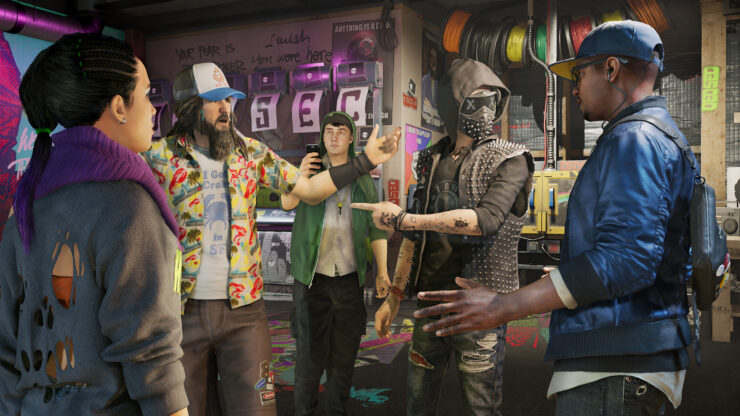 Who doesn't love tacos? Week 2 of the Watch Dogs 2 T-Bone Chaos Event is live now with some big rewards.

Last week Ubisoft had the T-Bone Chaos Event, where players can take part in completing challenges to coincide with the launch of the T-Bone DLC pack. There are still two more weeks of 'Blow The Lid Off' and 'Better Together.' Completing all the challenges will unlock a new T-Bone-themed car and messenger bag in-game.

This week's challenge, Taco Truck Mayhem, involves players running around fifteen gang members in a taco truck. As a reward for your unorthodox way of cleaning up the streets, you'll receive $30,000 of in-game currency and get one step closer to the sweet loot.

Watch Dogs 2 is out now on PlayStation 4, Xbox One, and PC. Rosh reviewed the game for us and rated it 9/10:

The gameplay itself stands up and is so deeply enjoyable that you can play almost any mission and have lots of fun. This is an open world game that like Saints Row, has come out from under Grand Theft Auto’s shadow and exists on its own. With amazing mechanics, inspired characters and some genuinely thought provoking missions, Watch_Dogs 2 should be on the Christmas list of any player that wants to fight back.