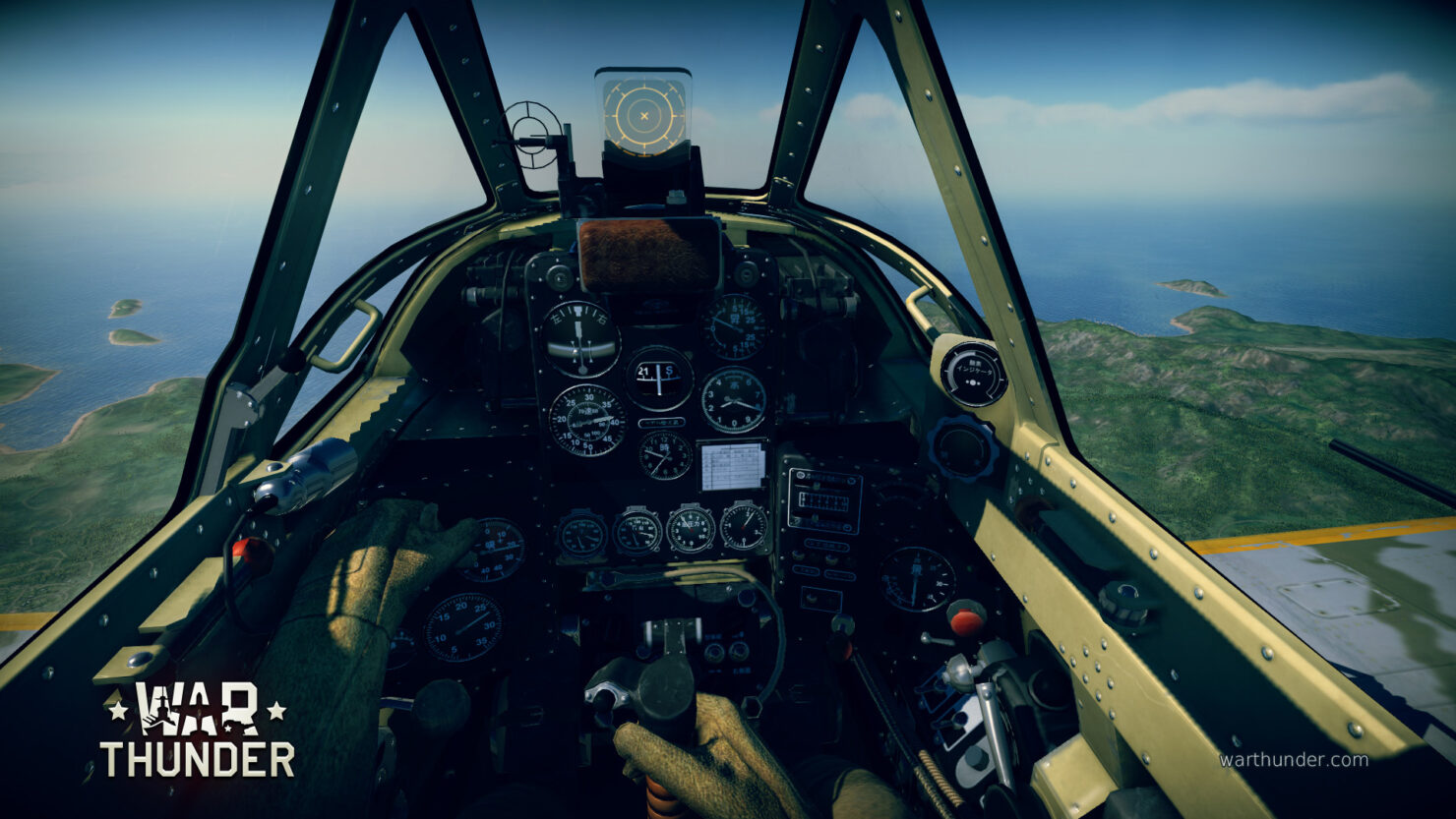 Virtual Reality technology has certainly come a long way since its early inception. Games can finally feel like proper gaming experiences and less like guided setpieces. Gaijin Entertainment has been showing off their VR build of War Thunder for quite some time now and I had the pleasure of finally strapping the headset on and hopping into one of the planes modeled for full-VR support. The big news at E3 2016 was that War Thunder VR is now compatible with the HTC Vive (the Oculus Rift was already supported) and Gaijin is also planning to support PlayStation VR.

Even with a headset on, my hands naturally moved to the HOTAS (Hands-On Throttle and Stick) configuration that Gaijin brought to demo the title in VR: a new HOTAS WARTHOG from Thrustmaster. Mind you, much of my flying experience starts and ends with the Ace Combat series and the flight controllers that Namco brought out during the PS2/360 era. Even with the vision obscured with a headset on, maneuvering the throttle and stick took no time at all to accustomed to. Being able to see the ground below whiz by while engaging in aerial dogfights was quite enjoyable and I was convinced that a VR headset would easily be the best way to experience War Thunder again in the future.

The technology, however, isn’t perfect quite yet. While the motion and animation both were on point, the visuals still leave something to be desired. VR headsets still have a long ways to go in terms of visual fidelity. A lower resolution for each eye meant that so much of the on-screen display was covered in jagged edges and some of the low resolution textures on the console can take away from the immersion. All of the important information and statistics on my flight were visible with a simple turn of the head and peering over at the right wing, which was preferable to having the front console being cluttered with gauges and information to read, but the text was difficult to read given the headset’s resolution.

My brief time with War Thunder VR ended with taking my plane high up into the heavens and diving down towards the open sea in a spectacular divebomb. As fun as seeing the world zoom into view was, the experience left me with a slight bit of motion sickness that lasted through much of the afternoon. If nothing else, that stands as a testament of how realistic the simulation was to fake my brain into believing I was operating a true warplane.

After finally being able to play Gaijin Entertainment’s flight simulator for the first time (which happened to be my first time getting hands on with the Oculus Rift), I was immediately convinced that if players of War Thunder happen to own a VR headset in their home, this would be the finest way to play. With a proper HOTAS support, there could be no better way to experience dogfights from the comfort of your own home.