Flipkart. It's probably one of the biggest retailers you've never heard of. While many in the west know Amazon (NASDAQ:AMZN) and China has Alibaba (NYSE:BABA), Flipkart is India's answer to the digital retailing revolution. A sizeable company with a significant presence and revenue base in a country with a huge population and rapid growth prospects. Although much of the world likes to obsess with Chinese economic growth given its visibility to many of us historically as a factory country providing many of the goods we own and use today, India has been quietly working away and with its also 1+ billion population, has been lifting many people out of poverty too.

Indian economic growth hasn't been less than 5% in the last decade and averages closer to 7%. Market liberalisation occurred in the 90's and India has invested for growth, but there is still a lot to do in terms of bringing the country into the digital age as a whole and a cultural chasm still exists across the country, large swathes of the population have no internet access or ID (not even a birth certificate!) as we discussed in our crypto-conundrum series (here), being part of the drive towards digital identities and a cashless economy in India.

Against this backdrop, Flipkart has become one of the leading digital vendors in India and the smart money is on it as the Indian equivalent of Amazon and Alibaba. It's already a significant retailer, with revenues of over $3 bn in 2017 (29% year on year growth) and a loss of $1.3 bn.

Softbank (TYO:9984) is currently the largest individual shareholder and is said to favour a merger with arch-rival Amazon, however coming in from the other end of the spectrum, brick and mortar retailer Walmart (NYSE:WMT) is also eyeing the company up, flush with cash from its recently agreed sale of the Asda supermarket chain in the UK. It would be an audacious flip, a quick sale of a disappointing business unit held for almost 20 years to a huge but loss-making emerging market player. 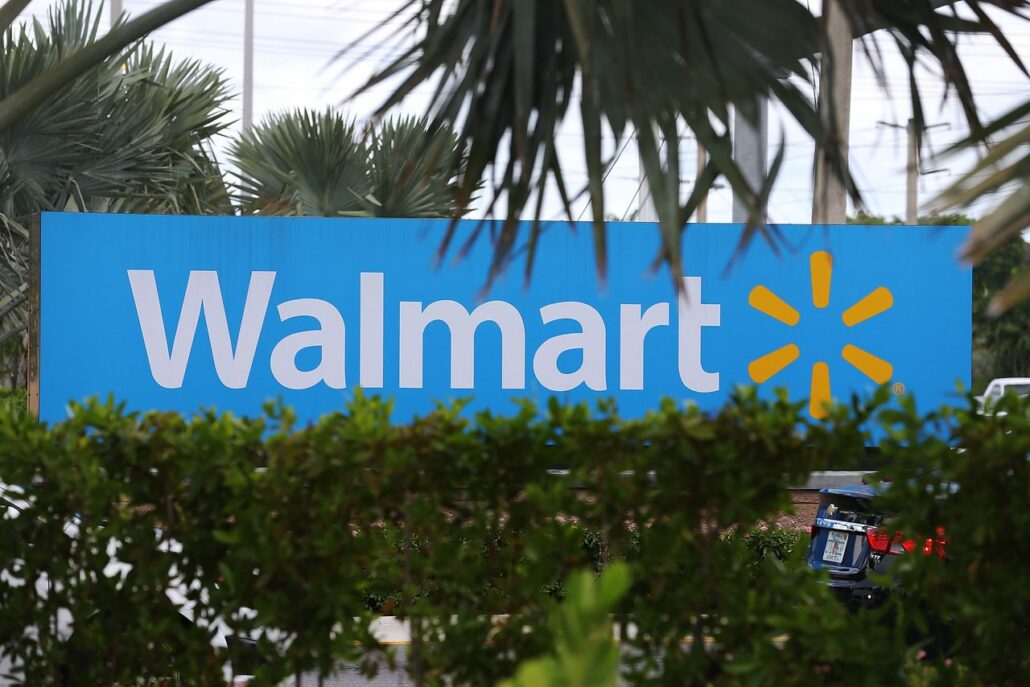 Should Amazon succeed in pushing ahead with the deal however, it would likely come under the purview of the Indian competition authorities given that the combined entity would hold approximately 70% of the digital retail market in the country. Amazon however is apparently so keen on a tie up that it is reportedly offering a breakup fee in the event that the deal collapses during negotiations.

Walmart is of course the other major player at the table for this game. Still a major retailing force, but wanting to break into new markets and looking for rapid growth. It's a potentially risky play for them. The heavyweight of the retail industry still regularly pulls in double the revenue of Amazon but of course its cost base for the huge brick and mortar operations it runs are higher than the dominant digital retailer and it has faced headwinds in trying to progress its digital business with slower than expected growth in Q4. Flipkart comes in at the other end of the scale with huge digital growth on reasonable revenues but an unprofitable business (for now).

Indian TV channel CNBC TV18 (an affiliate of CNBC) has stated that there is an offer on the table from Amazon to acquire 60% of Flipkart while FactorDaily.com (citing unnamed sources) is reporting that Walmart has sealed a deal (in a possible joint effort with Alphabet NASDAQ:GOOGL, parent of Google) to acquire 73% with the company being valued at between $20bn - $22bn. Neither of these reports is currently being confirmed by major outlets.

As things stand, nothing is finalised but one thing is clear. Major players are circling Flipkart and it probably won't be long before a deal is announced. The global economy is still in reasonable shape, despite tensions surrounding a possible trade war between the US and China, a huge bet on the Indian market may be a good way to mitigate some of that risk but if a global downturn comes before Flipkart can capitalise on its strong market position and hit breakeven, someone may be left holding a very expensive stake that perhaps doesn't look like the road to promised international growth that it did initially.