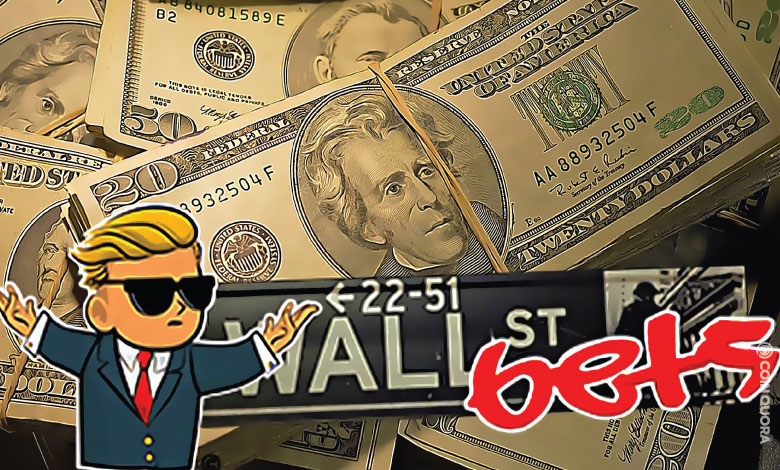 The iPath Series B S&P 500 VIX Short-Term Futures ETN (VXX), an exchange-traded note that aims to closely track the price of the CBOE Volatility Index or VIX, appears to be gearing up for an explosive rally, amplified by retail traders banding together on the popular Reddit forum, WallStreetBets.

Before discussing the factors behind the ongoing bullish impulse in VXX, let’s take a quick refresher course. Exchange-Traded Notes or ETNs are complex financial instruments issued by a number of megabanks across the globe. These instruments are essentially a liability for the issuing bank, which creates synthetic ETN shares to allow investors the opportunity to gain exposure to a particular ETN. Barclays created VXX to closely track the price of the CBOE Volatility Index, colloquially known as the VIX. As investors purchase VXX shares, Barclays buys an equivalent position in the VIX futures. Presumably, the bank would also hedge its exposure to adverse price movements (more on this later on).

So, how does VXX track the price movements of the VIX index? Answer: the bank's ETN share creation/redemption process as well as arbitrage. Under normal conditions, if the price of VXX increases in relation to the VIX index, sophisticated investors can short VXX while buying the VIX futures, thereby eliminating the price differential between the two instruments.

Barclays Has Now Unmoored Its VXX ETN, Setting the Stage for a High-stakes Tussle With Retail Traders

This brings us to the crux of the matter. On Monday, Barclays suspended the issuance of new shares on two ETNs: VXX and the iPath Pure Beta Crude Oil ETN (OIL). This was a very surprising decision given that Barclays was nowhere close to breaching its issuance limit on both ETNs. As an illustration, against an authorized limit of $8.16 billion, Barclays has so far issued VXX shares worth just $859.6 million, as per a tabulation by FactSet and based on information available until last Friday.

Bear in mind that VXX has been in vogue for much of this year as the VIX index has soared reasonably amid the carnage in the wider equity universe. Against this backdrop, Barclay’s seemingly impulsive decision to suspend the issuance of new shares on VXX is laden with utmost significance. We would hazard a guess that the megabank was not suitably hedged against adverse price movements in the underlying VIX index, thereby prompting it to try to limit its liabilities through Monday’s surprising decision.

With the background out of the way, let’s discuss what happens next. With no new shares being issued, the price of VXX has essentially become unmoored from the underlying VIX index. This is because it is impossible now to use arbitrage to try to bridge the price differential between the two instruments.

How high $VXX premium goes nobody knows. Closed at a 5% last night. The situation echoes $TVIX in 2012, that ended up hitting 90%. Who knows tho it could turn to discount too. Point is price is on its own now w/out arb to help it stay close to fair value. pic.twitter.com/qzvgaBlMbj

Essentially, VXX is now a financial instrument without any theoretical price ceiling. Moreover, shorting the ETN is also currently nearly impossible as the activity requires an excess supply – one that no longer exists. Consider the fact that VXX is up over 10 percent right now while the VIX index is down around 2 percent.

This emerging paradigm around VXX has now caught the eyes of retail traders on the Reddit-based WallStreetBets forum. You can read the pertinent post, titled VXX or Opportunity of a Lifetime.

While it is as yet unclear whether VXX will be able to attract enough retail interest, the price dynamics around the instrument are extremely conducive to hefty retail participation, particularly in light of a previous precedent. As an illustration, the now-infamous TVIX ETN was originally designed to track the volatility of the S&P 500 index. On the 21st of February 2012, the ETN’s issuing bank, Credit Suisse, suspended the creation of new shares, prompting a 90 percent rally within a month. However, the underwriting bank decided to resume the issuance of new shares on the 22nd of March, thereby prompting a historic plunge in the instrument’s price along with a host of lawsuits.

Given this precedent and the specter of hefty lawsuits should Barclays replicate the TVIX playbook, the megabank is likely caught between a rock and a hard place.

2021 will always be remembered for the meme stock mania. Will 2022 be known as the year when VXX blew up? We’ll soon find out.