WallStreetBets Is Waging a David vs. Goliath Battle Against Financial Titans and the Victor Will Determine How the Market Approaches Shorting and the Rehypothecation of Securities 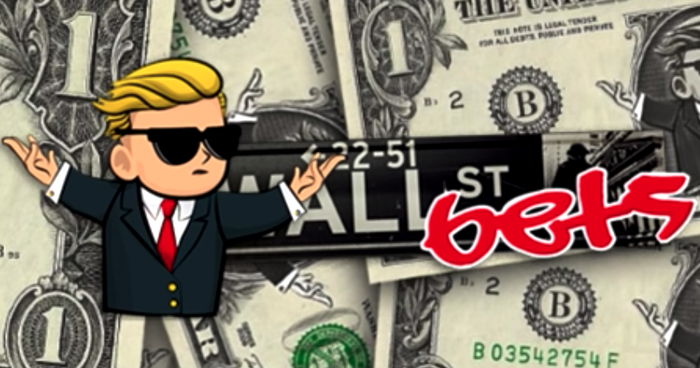 WallStreetBets, a Reddit community geared toward financial discussions, has taken the wider finance world by storm. As investors await the final outcome of this ongoing battle between retail traders on one side and hedge fund titans on the other, the entire market narrative around the practice of shorting and rehypothecation of securities is now in question.

What has happened over the past few weeks is truly extraordinary. To wit, WallStreetBets traders identified that GameStop (NYSE:GME) shares were heavily shorted. In fact, the short interest in the stock – the cumulative number of shares that have been sold short and expressed as a percentage of the total number of shares available for trading – hovered around 140 percent. Now, readers should note that any lending of a share for hypothecation purposes adds to the short interest. Nonetheless, this level of short interest remains an extreme rarity. WallStreetBets resolved to buy not only GameStop shares but also those of other heavily shorted companies, including AMC Entertainment (NYSE:AMC), BlackBerry (NYSE:BB), Nokia, etc. The purpose behind this exercise was to increase the stock prices by orders of magnitude as a means of punishing the aggressive shorting tactic employed by a number of hedge funds. The gambit succeeded as GameStop's share price closed just shy of $500 last Thursday.

Of course, this price level is absolutely fatal to the hedge funds that shorted GameStop in the sub-$50 stock price range. If these elevated stock prices can be maintained for a period of time, these hedge funds would be forced to close out their lossmaking short positions by buying back shares. Since the short interest exceeded the entire float of the stock just a short while back, WallStreetBets currently stands a fair chance of dictating the price at which these institutions can buy back shares, thereby earning mammoth windfall in the process. Readers should note that hedge funds not only borrow and sell the shares they want to short but also sell call options in that stock, essentially mimicking a synthetic short trade. The mechanism described above also holds true for synthetic short positions held via options.

Now let’s touch on the other aspect of today’s discussion. Late last week, retail brokers such as Robinhood started restricting the holdings of their clients in these highly volatile stocks to a single share. Unconfirmed reports of forced liquidation also populated the WallStreetBets Reddit forum as well as other social media platforms. Contrary to the general understanding, this action was driven by the realities underpinning the rehypothecation of shares and not, as was popularized on social media, by the underhanded tactics employed by Wall Street titans. Simply put, rehypothecation is a practice by retail brokers of lending the shares held by their customers in margin accounts to third parties. The Twitter thread below by Coumpound248 is a crucial primer for those eager to understand this mechanism.

This is a “plumbing” issue. It is esoteric, even for those on Wall Street.

A very long thread on how the toilet is clogged.🚽🧻🪠

So, what exactly caused Robinhood to take these draconian measures? Well, the brokerage house derives almost all of its revenue from institutions such as Citadel that pay for the order flow of retail clients. However, amid the buying frenzy precipitated by WallStreetBets in just a handful of stocks, Robinhood experienced a massive shortfall of revenue as the breadth of the order flow decreased. Concurrently, the Depository Trust & Clearing Corporation (DTCC) is rumored to have jacked up the collateral requirement for Robinhood in the face of this rising risk environment. The combination of these two events likely forced the retail brokerage house to try to curtail its risk exposure by capping the holdings of its clients.

This brings us to the crux of the matter. The fight between WallStreetBets and hedge funds is still ongoing. Melvin Capital has been one of the most prominent casualties in this epic battle. Nonetheless, the outcome is still uncertain. Crucially, the short interest in GameStop continues to decline but still remains elevated. This suggests that the trapped hedge funds are utilizing creative ways to reduce their GameStop exposure but that the final outcome is yet to be decided. Moreover, the entire sordid Robinhood saga last week has shed a spotlight on the market’s penchant for rehypothecation and the resulting vulnerabilities. Of course, the proponents of these practices argue that shorting is a crucial mechanism whereby the bid/ask spread is narrowed, allowing for efficient execution of trades. In a similar vein, rehypothecation allows the lending of shares to brokers experiencing high demand in a particular stock, leading to overall efficiency gains in the broader market. Nonetheless, the crevices exposed by the events of the past few days are now raising questions as to the utility of these practices. Will investors tolerate a slightly larger bid/ask spread in return for more stringent regulation on shorting? Should brokers lend out the holdings of margin accounts with greater prudence? These are the fundamental questions that need to be answered. However, the narrative around these issues would be shaped by the outcome of this modern-day David vs. Goliath battle. Stay tuned!