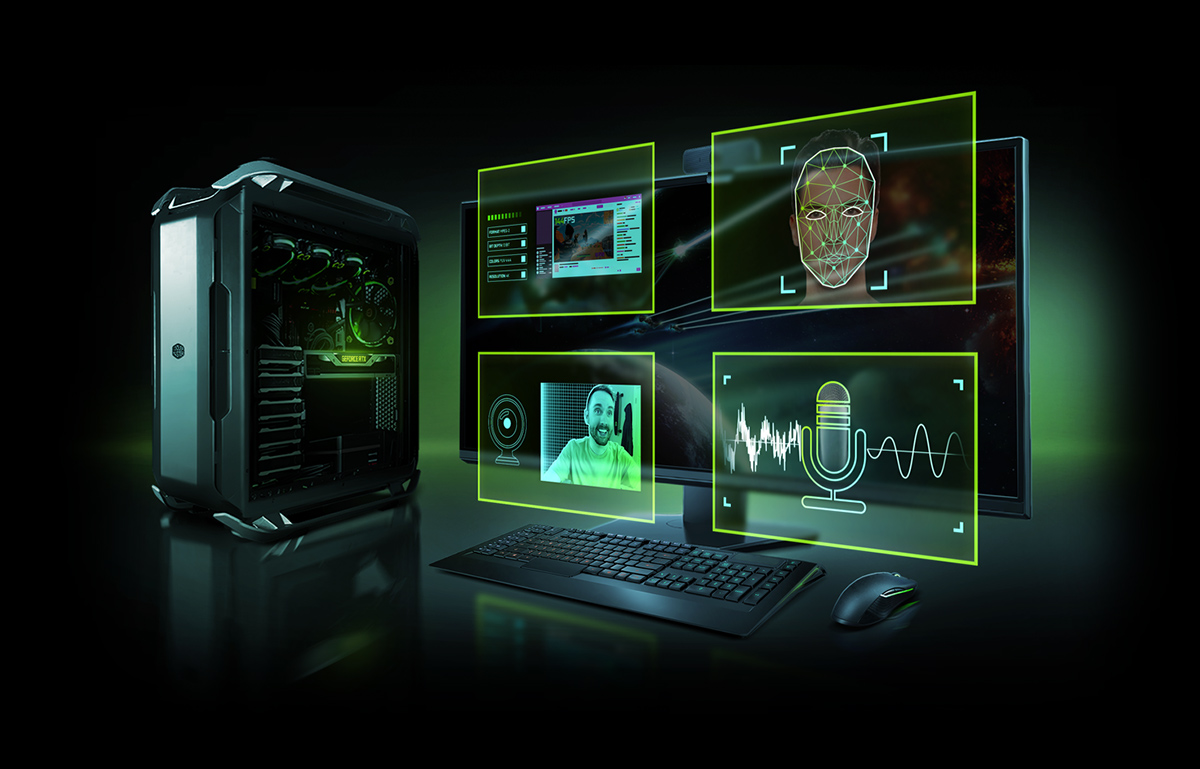 NVIDIA (NASDAQ:NVDA), a major manufacturer of graphic cards, stunned investors earlier this week when it announced readiness to target market opportunities worth at least $1 trillion.

The GTC 2022 Event Proved to be a Stunner

NVIDIA shares headed into Tuesday's GTC 2022 event on an uncertain footing, with the stock having recorded its lowest price so far this year just last week, corresponding to year-to-date losses of over 29 percent.

This pessimism, however, began to fade as the company's GTC 2022 event took the proverbial center stage. To wit, NVIDIA revealed that it is now targeting market opportunities worth at least $1 trillion, spread across its gaming, AI, hardware, and automotive segments:

Delving deeper, NVIDIA is now targeting a $300 billion automotive business by leveraging the growing profile of NVIDIA Drive, a full-stack autonomous driving platform. In fact, the company gave a real-life snippet of the market opportunities ahead by announcing autonomous driving partnerships with Lucid Group and BYD. Concurrently, Lucid announced that its DreamDrive Pro Advanced Driver-Assistance System (ADAS) would be built on the NVIDIA DRIVE Hyperion platform.

On the AI front, NVIDIA is also trying to capture market opportunities worth $300 billion and spread across its enterprise-focused software solutions, including a programming language platform named CUDA, a digital simulation of the physical world akin to a metaverse and dubbed the Omniverse, as well as datacenter hardware. The company also introduced its H100 GPU.

Crucially, NVIDIA's CFO Colette Kress that the company could be looking at a whopping gross margin of 67 percent in the current fiscal year (FY 2023).

Of course, given these high-profile announcements, it is not difficult to guess Wall Street's never-ending love affair with NVIDIA. In fact, analysts were tripping over their proverbial feet in the aftermath of the GTC 2022 event in order to unleash a barrage of positive commentary on NVIDIA's prospects. For instance, JP Morgan's Harlan Sur stated that NVIDIA was "1-2 steps ahead of its competitors" and well-positioned to harness AI-related secular tailwinds pervading across industries. Similarly, Barclays retained its 'Overweight' rating and a $350 stock price target, noting the probability of the trends around the company remaining "strong" as well as an additional tailwind in the form of the residual portion of the company's $5 billion stock buyback program.

NVIDIA (NASDAQ: NVDA) Shares Are Currently in a Bullish Breakout, and Options Traders Are the Most Bullish Since Early January 2022 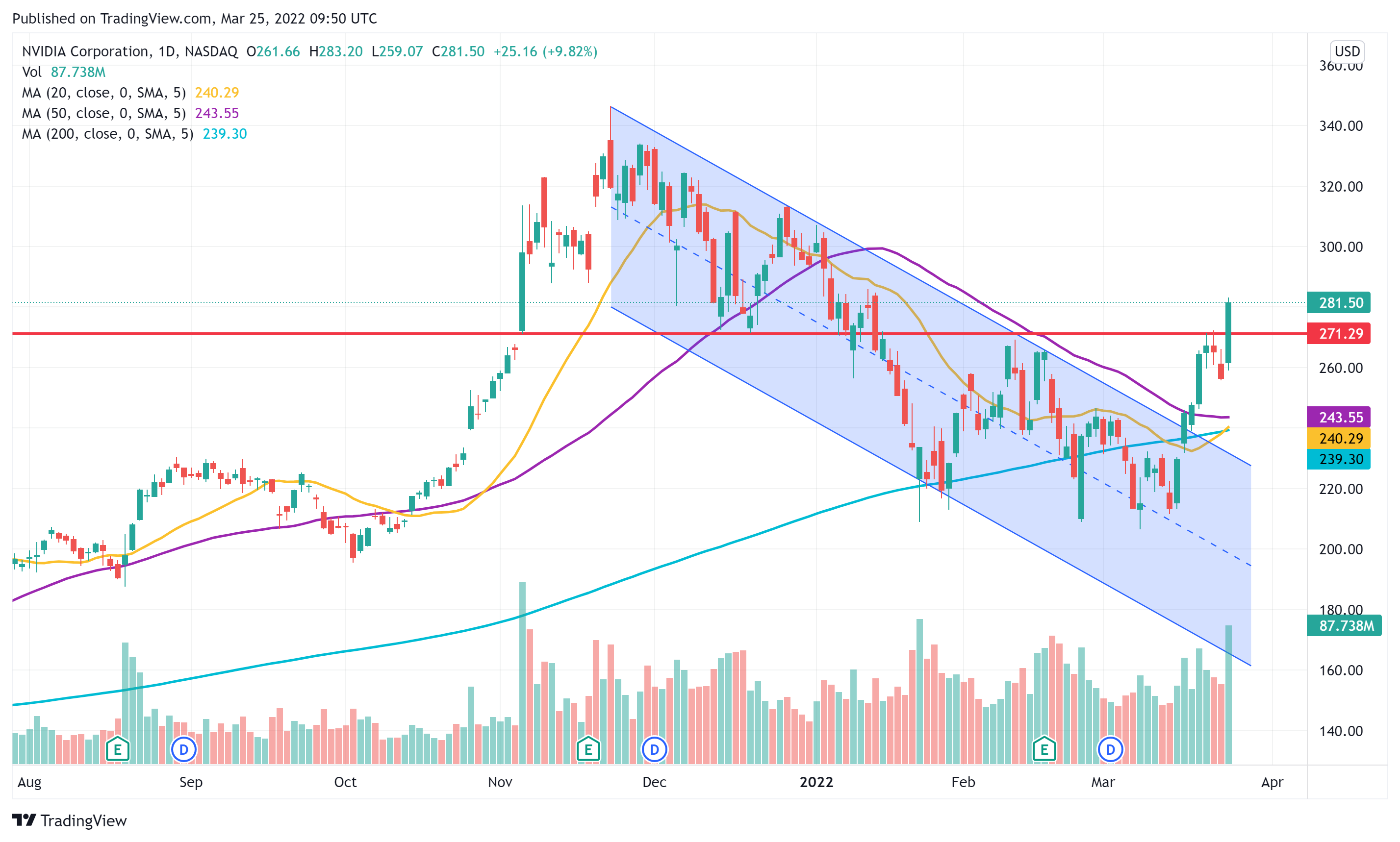 This brings us to the crux of the matter. As illustrated by the chart above, NVIDIA shares broke out of the medium-term downward channel on the 16th of March as the broader market caught a bid following a complete pricing-in of the Federal Reserve's hawkish interest rate policy as well an ongoing tunnel vision of sorts, where the market is looking ahead at the growing probability of a recession and the corresponding monetary largesse in the form of QE while ignoring the intervening period of high interest rates.

However, it was NVIDIA's GTC 2022 event that provided the catalyst for the stock to decisively breach a major resistance at $272.29. The stock is now unlikely to encounter any major resistance until around the $310 price level.

This near-term uber bullish setup is also being reflected in the options sphere. The snippet below details the put-call ratios across the upcoming expirations for NVIDIA's options. 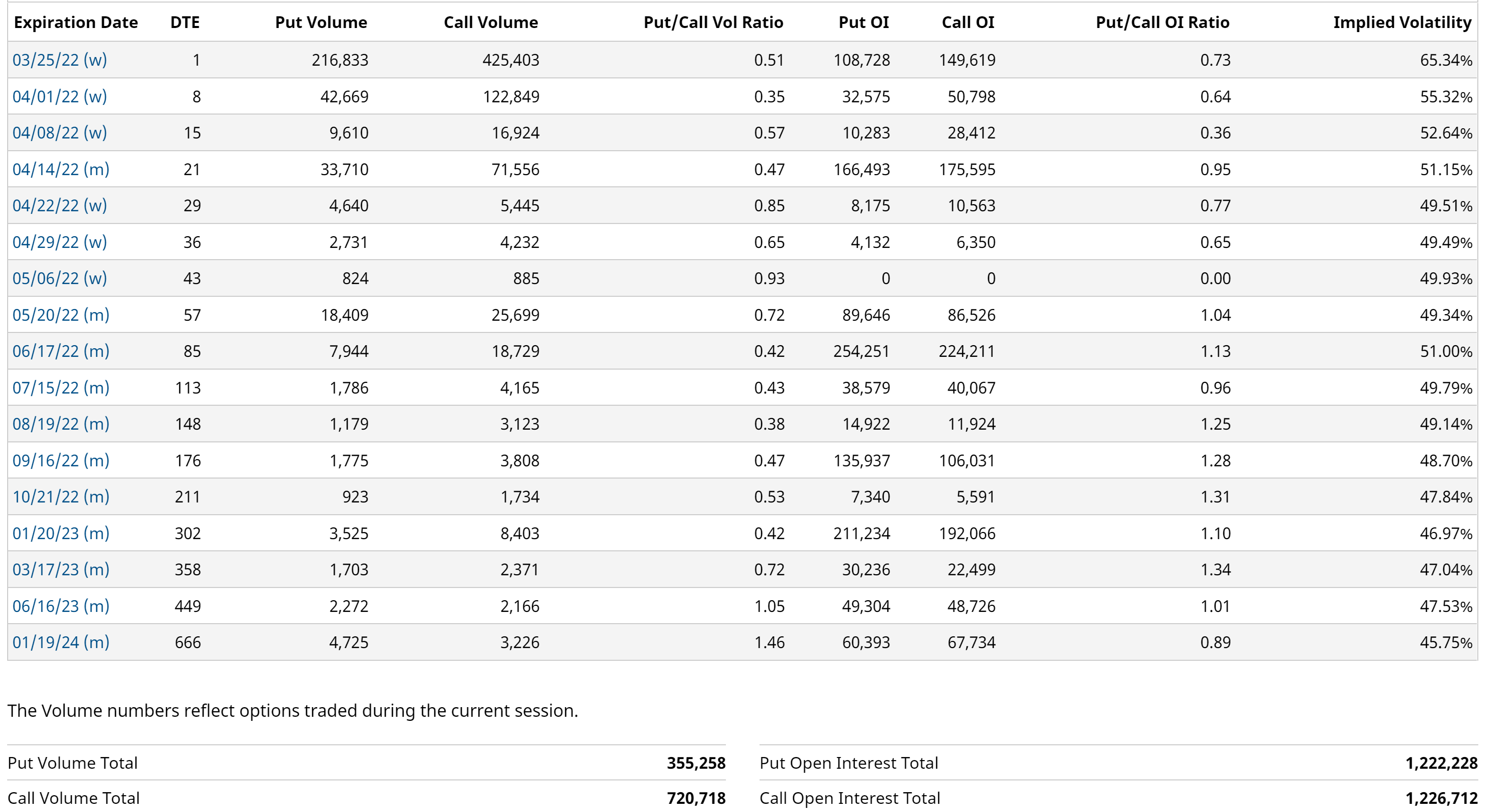 Notice the outsized call volume yesterday, when over 720,000 calls were traded relative to just around 355,000 puts.

While this is a crude metric, I like to look at the 30-day implied volatility (IV) skew between 25-delta puts and calls for sentiment confirmation. For the uninitiated, as the demand for a particular option increases, its implied volatility also generally increases.

As is evident from the snippet above, the IV skew has completely retraced the extremely bearish sentiment toward the start of March. In fact, the skew is now on the cusp of turning bullish, currently balanced at its 250-day average. This also suggests that there is potential for further upside in NVIDIA shares.