A few weeks ago, IBM Japan revealed a very interesting new VR project based on the popular Sword Art Online series called Sword Art Online: The Beginning. The reveal trailer didn't show much of the new project, but today we can finally get a first look at it thanks to a couple new screenshots. 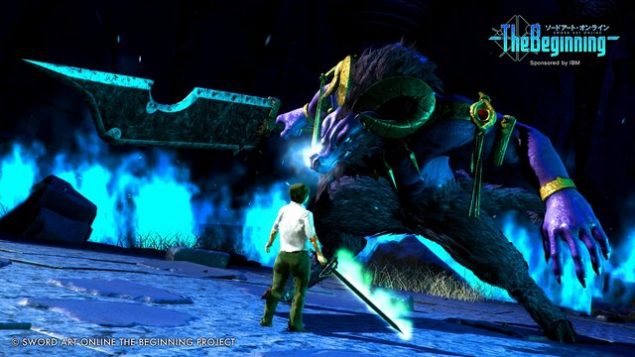 The new Sword Art Online: The Beginning screenshots, which have been shared by Japanese website Inside Games, showcase the project's current looks and interface. Some images of the technology powering the project have also been shared, such as the Navugia prototype. You can check everything out right below.

As already revealed a while back, alpha testing for Sword Art Online: The Beginning will begin tomorrow, March 18th, ending a few days later, on March 20th. According to reports, there have been more than 100,000 applicants, but only 208 among them will be able to take part in the testing phase.

Unfortunately, there is still a whole lot we don't know about the project. IBM Japan previously revealed that the project is not played with a traditional controller but by using the whole body, and that it includes additional features that will make the environment feel like the real world, such as the Cognitive System and Softlayer. All these features sound very good on paper, and the project will surely feel like nothing that's currently available.

Sword Art Online: The Beginning is being alpha tested during the weekend in Tokyo, Japan. Reports on the tests will surely come in the next few days, so stay tuned for all the latest news on this very interesting new VR project. Hoping that none of the tester gets sucked in this virtual world with no way to come back to reality.