Car manufacturer Volvo has been working hard and investing a lot of effort into bringing a whole new range of cars since the last one and a half year. The XC90, S90 and V90 are very stunning and well-reviewed cars. These cars are just the tip of the iceberg, since Volvo is planning to launch a whole range of cars which will include mid-sized 60-series of cars in the near future and then the company will release a set of small 40-series cars which will be a little smaller.

The launch of the new 40-series will be very exciting for customers in the US because the launch will mark the return of Volvo in the country. The current lineups of small cars from the Swedish automaker aren’t available to customers in the US and are only available to European and other markets. Compact Modular Architecture will be used to build the new Volvo 40-series cars. This model’s architecture is basically a shorter or a more scalable version of Scalable Product Architecture that is basically used by Swedish firm designers for the handling of relatively large vehicles. 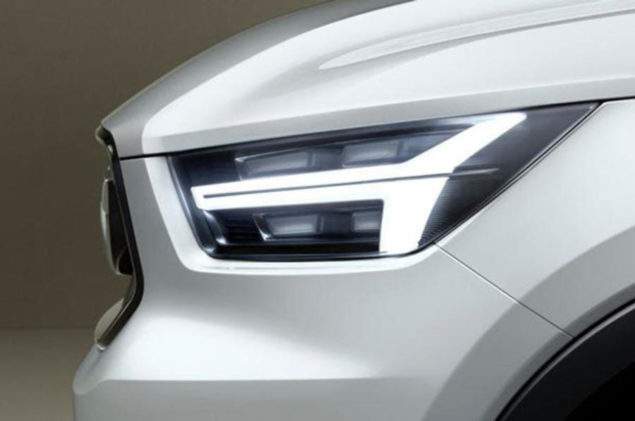 The company will be unveiling its new line on May 18th in Gothenburg at its headquarter in Sweden. Also, Volvo’s snap chat account is driving people crazy by its new range of cars teasers.

"The next-generation Volvo V40 and XC40 will be powered by a mixture of three and four-cylinder engines, with plug-in hybrid and potentially fully electric versions of the cars also being developed".

Looking at a few teasers one of the cars looks like a mix between Ford Mustang GT and Mercedes C-class with the added feature of Volvo’s “Thor’s Hammer” headlights. This cars looks fantastic but we will have to wait a little longer to see what it really looks like on the launching ceremony which will be held on the 18th of May. The new Volvo 40-series will surely give the automobile industry in US something to cheer about.