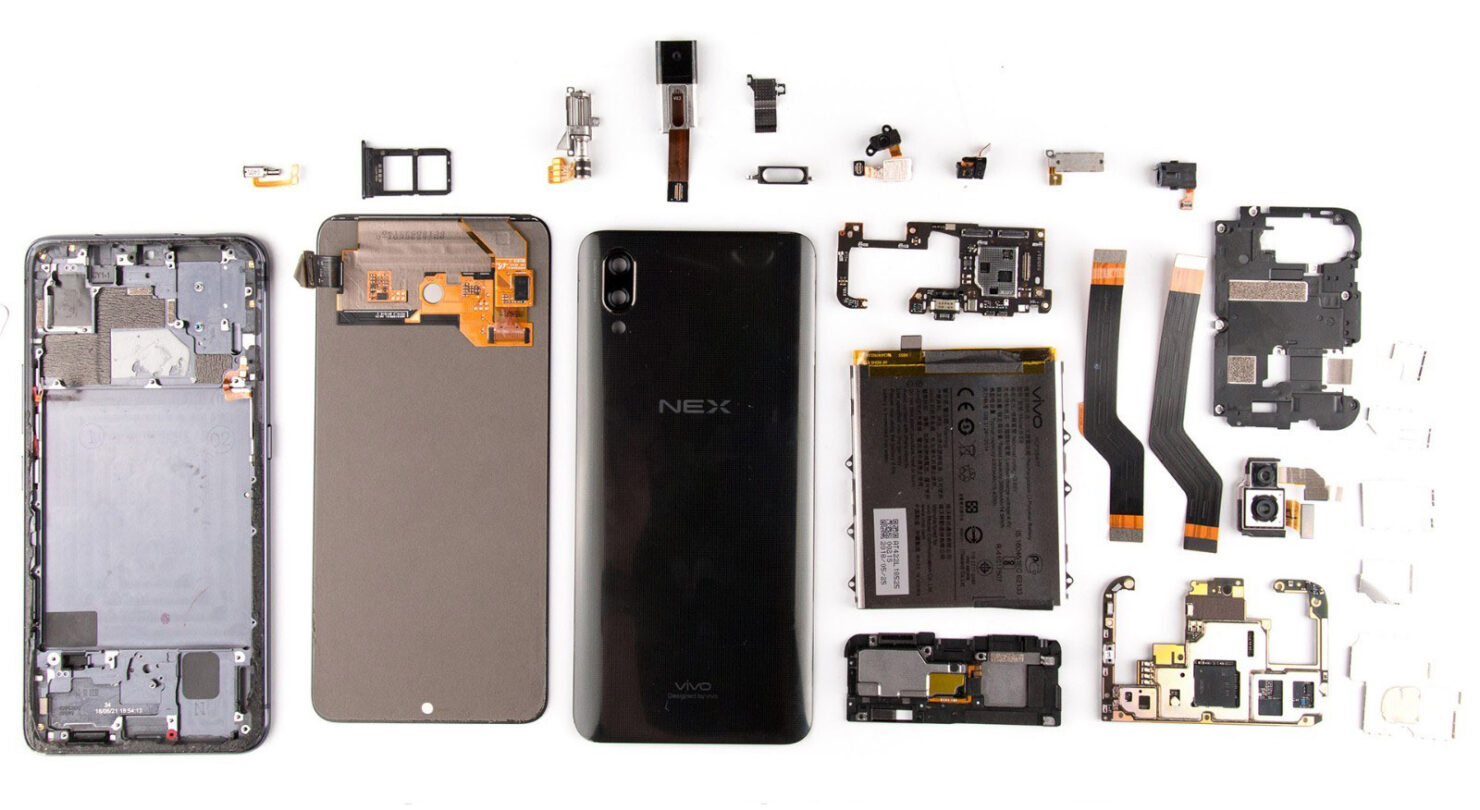 The Vivo NEX was the first smartphone to feature a pop-up selfie camera, and that was followed by the even more premium OPPO Find X. Naturally, a lot of people are curious about the device and how its innards work. Luckily, MyFixGuide has opened up the device to provide us with an insight into this unconventional product. We are all wondering how the company managed to feature a motorized pop-up camera so let us not waste any more time and find out.

MyFixGuide revealed that when they heated up the phone’s back, the display loosened up instead of the back cover itself. The display came off easily but the back cover had to be extracted with a knife, which can be a very useful technique that manufacturers employ because the repairing bits could become very easy to execute.

The display is interesting in some other ways too. For instance, the Vivo NEX doesn’t have the same in-display fingerprint sensor as the one seen on the Vivo X21 UD. This might be because only half the display is utilized by the NEX as a fingerprint scanner. In comparison, the X21 UD uses just a small portion of the screen.

The teardown also revealed that the pop-up camera mechanism is operated by a stepper motor. A spring is also there but it is more of a cushion and it isn’t involved in raising and lowering the camera. It is too soon to say how the motor will fare with constant use of the selfie shooter but since more consumers have a habit of changing their phones after two to three years, we believe that the motor will be able to last accordingly.

Even though the Vivo NEX is a futuristic device, the teardown did uncover a drawback. The components of the phone are pricier than that of regular smartphones and these will have to be borne by customers ultimately. Additionally, it will also be hard for copycats to replicate the features of the Vivo NEX but they will be introducing their own variants down the road.