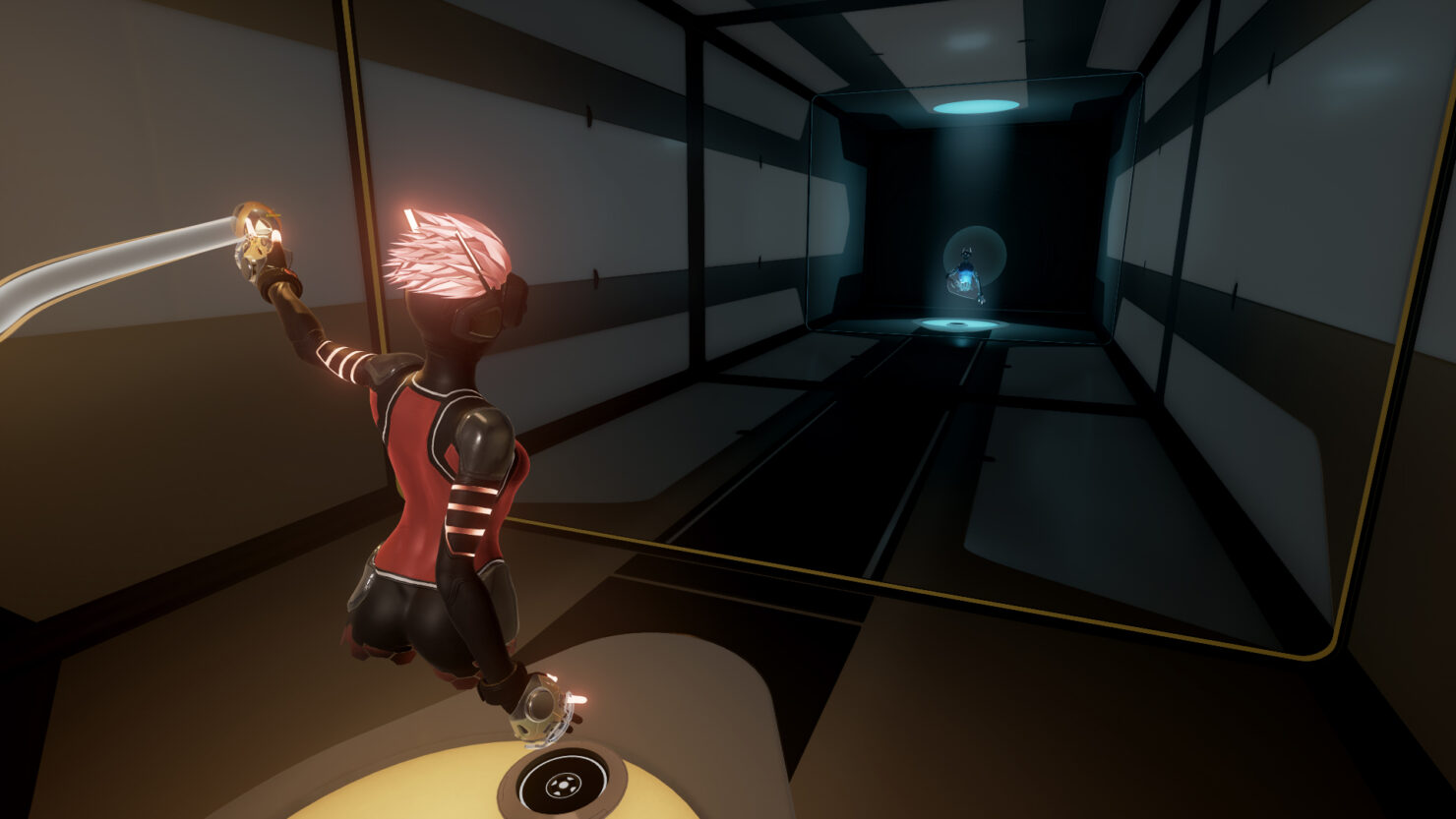 Sparc, a unique virtual sport only game, has been announced by CCP Games for all major high-end VR platforms.

In the game, players connect online to compete with each other in fast and fun full-body VR gameplay.

“After our early experiments with standing VR gameplay, we were excited by the idea of building an original sport designed for the current generation of VR hardware. We've designed Sparc so that players can express and improve their skill through their physical actions." said Morgan Godat, Executive Producer at CCP Atlanta. "Ultimately, we want players to think of Sparc as a virtual court in their living room where they can meet and compete with other players from around the world."

You can check out the game’s announcement trailer below, alongside some screenshots below:

Sparc's skill-based, full-body gameplay makes for a fast-paced and fun physical sport. Players use their motion controllers to throw projectiles at their opponents from a distance, and in turn defend themselves by dodging, blocking, or deflecting the incoming attacks. Players can join one-on-one matches with friends online or find opponents via matchmaking. Sparc enables players to connect and compete in an online community. Players can watch matches in-person and queue for the next match in VR through Courtside, a freeform social area for spectating in VR or on screen. Sparc includes multiple two-player game modes as well as single-player challenges and training modes, plus a range of customization and personalization options for competitors.

"At CCP games, our goal is to harness our passion for virtual reality as a new medium and create the killer apps for the first generation of VR technology," said Hilmar Veigar Pétursson, CEO of CCP Games. "We set out to achieve that in mobile VR with Gunjack and in seated VR with EVE: Valkyrie, both released in the first year of VR becoming publicly available. With Sparc, we want to capitalize on the unique strengths of standing VR and deliver a game with all the depth and excitement to keep players returning long into the future."