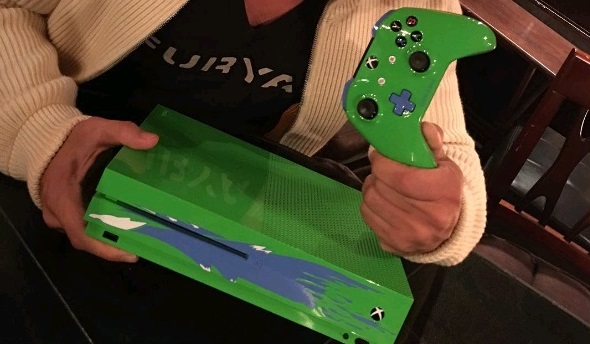 A custom designed Fast & Furious Xbox One S will be auctioned for Paul Walker’s ‘Reach Out WorldWide’ charity.

Vin Diesel posted a photo of him holding the custom Xbox One S on his Instagram account. As can be seen, the custom design clearly resembles the design from the 1995 Mitsubishi Eclipse that Paul ‘Brian O'Conner’ Walker drove in the first Fast and Furious movie from 2001. We’ve included a shot from that car below. 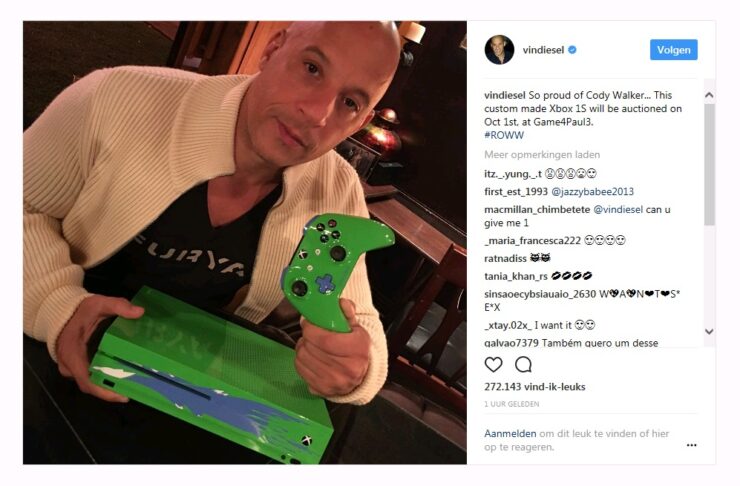 The custom Fast and the Furious Xbox One S will be auctioned on October 1st at Game4Paul3 – Cody Walker’s annual fundraiser for Reach Out WorldWide (ROWW) in remembrance of his late brother.

Formed by Walker in 2010, Reach Out WorldWide (ROWW) “is a network of professionals with first responder skill-sets who augment local expertise when natural disasters strike in order to accelerate relief efforts.”

Cody Walker joined ROWW back in 2014 as Brand Manager and Paramedic. "First and foremost, my family and I truly appreciate the support we have received during this difficult time," he said. "One of the things I always admired about my brother was his genuine desire to help others in need. I am honored to join the ROWW team in fulfilling my brother's legacy and make sure his spirit and mission lives on."