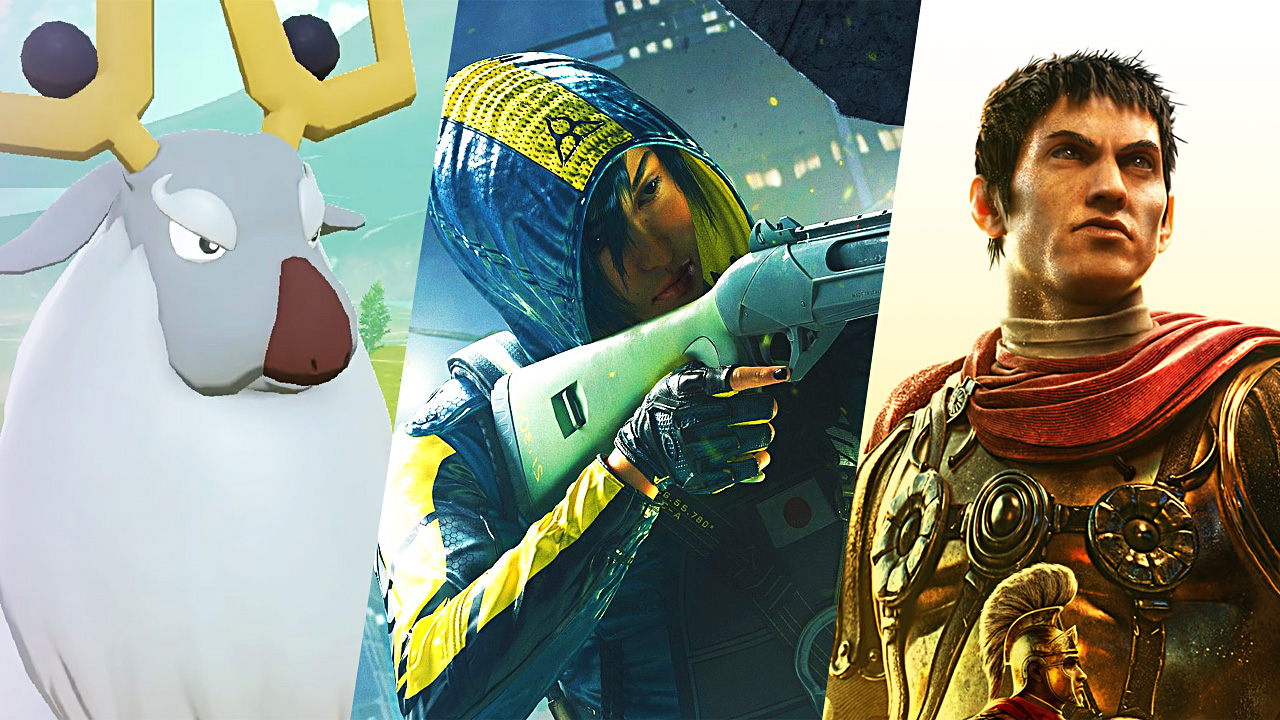 2022 is upon us, and as is usually the case, things aren’t quite up to speed yet in January (expect that to change in a big way in February). That said, there are still some things to look forward to this month, including the long-awaited Rainbow Six Extraction and Pokémon Legends: Arceus. On the indie front, look forward to some old-school action in the form of Windjammers 2 and a new Gunvolt title.

That said, here are the games you should be looking out for in January…

Get ready for another round of historical tactical battles, as the Expeditions series returns this month. Following entries focused on the Conquistadors and Vikings, Expeditions: Rome puts you in charge of a squad of elite Roman Praetorians who will battle across North Africa, Greece, France, and Rome itself. With developers Bit Logic now having the full backing of THQ Nordic, you should definitely prepare for the most ambitious Expeditions yet. Pre-order the game here.

Between the many months of rumors, and the numerous delays once it was actually announced, it feels like we’ve been waiting for Rainbow Six Extraction for a long time. Well, it finally arrives this month. A Rainbow Six Siege spinoff that sees a variety of familiar Operators using their trademark gadgets to strategically take down aliens, it remains to be seen if the game can make an impression in the crowded the Left-4-Dead-style co-op shooter scene, but it looks like it has a solid shot. Thankfully, Ubisoft is making it easy to extract maximum fun from the game with “Buddy Passes” that allow two friends to play for free. Pre-order the game here.

Pokéfans have long dreamt about a game that would allow you to truly explore a Pokémon-filled world and catch critters without a lot of the RPG abstractions the series has long stuck to. Well, it seems Pokémon Legends: Arceus may finally deliver something like that. Arceus may not be a full BOTW-style open world (it’s design seems to be more inspired by Monster Hunter), but nevertheless, it looks far more open and ambitious and most recent Pokémon games. Will this be the next big evolution in the series? We’ll soon find out. Pre-order the game here.

The original Supraland was a refreshing and well-received combination of Metroid-style exploration and Portal-esque 3D puzzle solving, and the follow up Supraland Six Inches Under promises to deliver more of the same. Well, it’s not just more of the same -- expect new player abilities, more puzzles, and a greater variety of side-content this time around. Should be a supra good time. Here’s the Steam page for Supraland Six Inches Under.

Remember Windjammers? Chances the answer is “no,” but for certain old-school Neo Geo arcade fanatics, the game’s a bit of a legend. Essentially a game of human air-hockey, Windjammers was simple, but a hell of a lot of fun. Well, 27 years later, the retro experts at Dotemu are delivering Windjammers 2, a full sequel with new characters, moves, mechanics, and slick HD visuals. Time to dredge up all those old arcade memories! Here’s the Steam Page for Windjammers 2.

The surprisingly prolific (and confusingly titled) Gunvolt series returns this month with Gunvolt Chronicles: Luminous Avenger iX 2. Trying to keep up with this franchise’s various spin-offs and side series may induce headaches, but it doesn’t really matter – this promises to be more fine-tuned Mega Man X/Mega Man Zero style 2D platforming action, with the usual array of new weapons and mechanics. Here’s the Steam page for Gunvolt Chronicles: Luminous Avenger iX 2.

And those are the games you should be keeping an eye on this coming month. What games are you planning to pick up in January? Did I miss anything you’re looking forward to?

Pokémon Legends: Arceus Confirmed Not To Be an Open World Game