Video: Apple Fanboys Made To Believe Android Is iOS 9, They Absolutely Love It

iOS 9 is due for release this fall, and on the face of it, the OS looks exactly like iOS 8 until or unless you look deep into the finer details. But a bunch of YouTubers set out with a Chinese iPhone 6 Plus clone running Android and confronted Apple fanboys, telling them that the device is running iOS 9. And guess what? They fall for it, and even praised the capabilities of Cupertino's next-gen mobile OS. 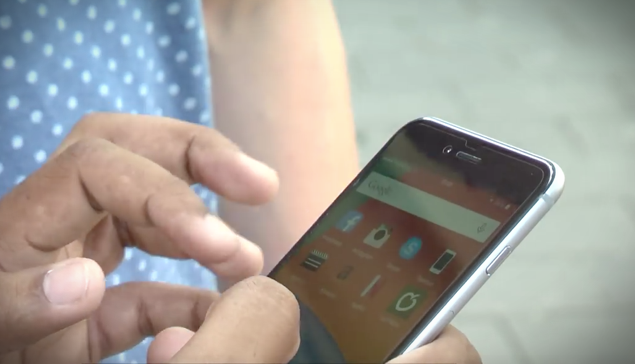 The entire video is actually quite hilarious and the reactions are nonetheless amusing at best. Users even praise how buttery smooth "iOS 9" is, which of course, is Android in reality, which is a very clear indication that some people (read: Apple fanboys) will believe anything at face value. A rather daunting fact, but there you have it.

We all know that an iPhone 6 Plus doesn't run Android, which makes a huge point here clear that the device in question is in fact a Chinese copy, which we mentioned before, mimicking Apple's 5.5-inch smartphone.

Check out the video below and see for yourself how it all goes down.

The real deal - iOS 9 - is set to go live this fall for iPhone, iPad and iPod touch users. Apple's upcoming mobile OS is packed to the rafters with a bunch of new features and aesthetic tweaks. The Cupertino is betting big on the release in fact, so much so that it even supports the iPhone 4s all the way up to the latest and greatest in its mobile hardware lineup.

iOS 9 even has a smaller footprint than the current iOS 8 release, which means that users with base storage devices (16GB) can make the upgrade quite easily when the OS goes live later this year.

On the battery front, Apple has implemented under the hood tweaks so that our devices last longer than before, with a new Low Power Mode in the Settings app adding an extra hour of battery life to an iPhone. All this is done by turning off unneeded background processes and push email services.

Currently, iOS 9 is in beta phases, with pre-release builds available to both developers and general users alike for testing. If you don't have an Apple Developer Account and want to give iOS 9 a spin on your iPhone, iPad or iPod touch, then be sure to follow our guide posted here to jump right into the action: How To Download, Install iOS 9 Public Beta On iPhone, iPad.

Already running iOS 9 beta on your device? Do let us know what you think about it.